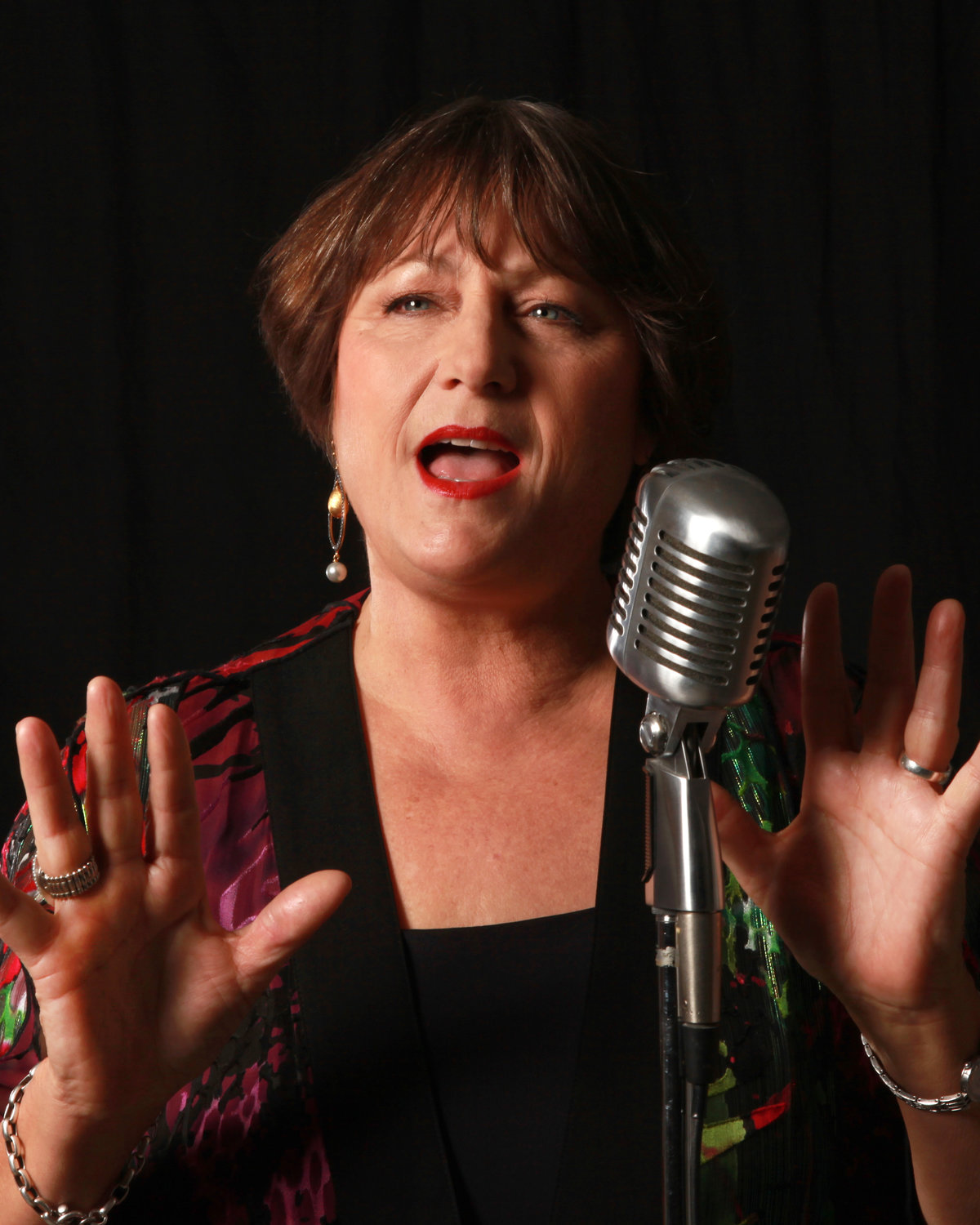 Backed by guitar stars Steve Abshire and Steve Herberman, vocalist Sue Matthews will perform Sunday, May 16, in the first outdoor concert of the season presented by Jazz Beyond Borders at Cafe Mezzanotte in Severna Park. The music series will be held spring through fall in a courtyard adjacent to the restaurant. Guests can enjoy Mediterranean cuisine as they listen to international recording and performing artists.

One of Maryland’s most prominent jazz singers, Sue Matthews is celebrated on both sides of the Chesapeake Bay. Known for her honey-toned vocals, she has amassed thousands of adoring fans in her decades-long career and anyone who has enjoyed her exquisite phrasing and smokey voice can tell you why. She has entertained audiences across the U.S. and in top jazz clubs, concert halls and festivals in North America, South America and Europe. Known for her interpretations of the Great American Songbook, she has been widely praised for her recordings and performances. Her ability to find nuance in classic tunes assures listeners of a fresh listening experience time and time again.

Guitar virtuoso Steve Abshire has a sterling reputation in the mid-Atlantic. Known widely as a solo guitarist, collaborator and accompanist, he can do amazing things with six strings. For nearly two decades he performed with the Commodores, the Navy’s premiere jazz ensemble. His mainstream style developed from years of study with Herb Ellis, Joe Pass, Barney Kessel and rhythm guitarist Steve Jordan. He has performed with Ellis and other icons such as Charlie Byrd, Bucky Pizzarelli and Frank Vignola. He can be found on numerous recordings including six of his own. Downbeat Magazine described him as “fluent, assured, directly communicative.”

Steve Herberman is one of the most respected names in the world of jazz guitar. A graduate of Berklee College of Music, he began playing seven-string guitar in 1993. He has recorded numerous CDs as a leader and sideman. He has performed in many of the great American concert halls and clubs, including Birdland (New York City), Spazio (Los Angeles) and Blues Alley, and the Kennedy Center closer to home. He has performed with renowned musicians such as Keter Betts, Gary Bartz, John Pisano and is featured in the book “The Great Jazz Guitarists” by Scott Yanow.

On May 16, the trio will perform familiar favorites including Gershwin’s “Our Love is Here to Stay,” Ellington’s “Do Nothing ‘Till You Hear from Me,” and Lerner & Loewe’s “On the Street Where You Live.” Before the evening is over, Matthews will pay special tribute to beloved multi-instrumentalist and composer John E. Starr Jr., who was killed in a car collision on Easter Sunday. The two met during freshman year at Washington College in Chestertown, Maryland, and were lifelong friends. She’ll perform “Stormy Weather,” a tune they performed many times in many places over the years. They performed together in the Annapolis-based jazz fusion group Wooden Hands.

Seating for the outdoor show is from 4:00pm to 6:00pm Sunday, May 16 (rain date May 23). Tickets can be purchased for $25 from www.instantseats.com. Attendees must wear a mask when not dining, and social distancing guidelines will be followed.

Now in its fifth year, Jazz Beyond Borders is a cultural diversity organization bringing world music and jazz artists to festivals concerts, classrooms and airwaves. Events are presented in live, streaming and hybrid formats. The jazz and world music series at Cafe Mezanotte was formed in November 2019.