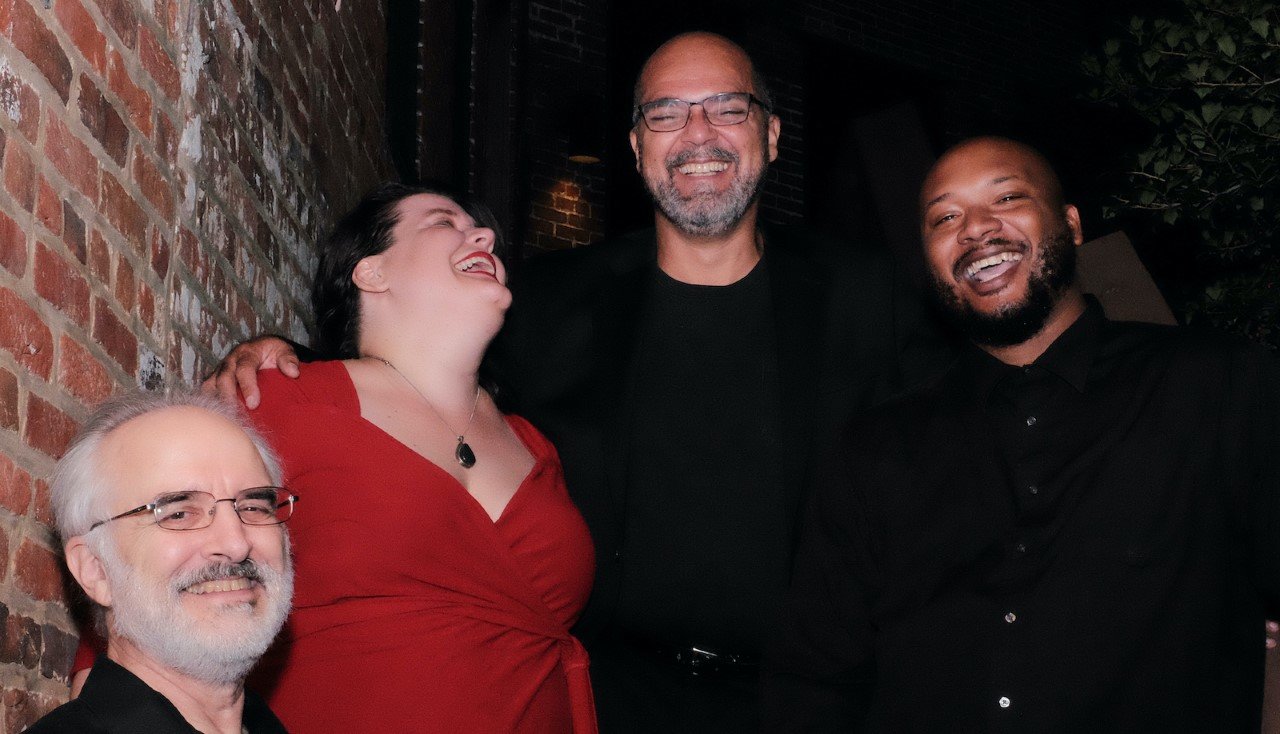 Having helped produce jazz festivals in Baltimore City, Washington, D.C., and Anne Arundel County, Annapolis jazz vocalist Theresa Sise will step out of the background and onto the bandstand for two shows at Café Mezzanotte in Severna Park on Sunday, September 20.

Like many jazz musicians, Sise experienced a halt to her live public performances last spring and summer. She and her band have eagerly awaited the chance to entertain jazz lovers (it won’t be close up, but it will be personal). Known for its fresh ingredients and delicious Mediterranean cuisine, the venue will be open at 50% capacity. Masks will be worn when patrons and band are not eating or drinking, and social distancing will be observed.

The concert theme is “September Songs.” Sets will feature nostalgic chestnuts like “September in the Rain” along with topical tunes addressing our shared experiences (“Give Me the Simple Life”). Get ready for eye-opening social satire from Mose Allison (“Everybody’s Crying Mercy” and “Your Mind is on Vacation”) and a bit of inspiration from the beloved Muppet movie classic, “Rainbow Connection.” Sise aims to leave her audiences entertained, amused and hopeful for smoother sailing in the days ahead.

She has performed throughout the region with small combos and big bands. Her trio features well-respected Mid-Atlantic musicians who performed and recorded widely before teaming up to guide the young vocalist on her jazz journey. Theresa Sise & Sweet Tea sold out their pre-COVID concerts at 49 West and Café Mezzanotte.

Boston-bred Baltimore pianist Darius Scott has performed in major venues in San Francisco, Denver, Atlanta, Pittsburgh and New York City. In this region, he is heard at the Kennedy Center and Blues Alley in Washington, D.C., Caton Castle and An die Musik in Baltimore and in the former jazz club at the King of France Tavern in Annapolis. For 20 years, he has worked with the Grammy nominated Michael Thomas Quintet and countless other combos.

Having recently moved to Salisbury, bassist Mike Graham Jr. was nurtured by some of Baltimore’s best - John Lamkin II and Charles Funn - while living this side of the bridge. He also studied with Eastern Shore bassist Max Murray. His solid groove frames and deepens the interpretation of any tune he handles, be it straight-ahead jazz, Latin, funk or R&B. Graham has been heard in the area with the John Lamkin Favorites Quintet and Dunbar Alumni Jazz Band.

Accomplished and versatile drummer Nick Costa is known for his ability to shift from straight ahead to gospel, R&B, blues, fusion, Caribbean, Indian and Afro Cuban music. Originally a harmonica player, he built a reputation as the rare percussionist who listens, and paints vivid statements with his dexterous playing. Since arriving in the Baltimore area in 1995, Costa has worked with a formidable list of artists in small and large combos such as the Thad Wilson Jazz Orchestra, the Crabtowne Big Band, Eubie Blake Jazz Orchestra, the Blue Moon Big Band, Potomac Jazz Orchestra, Franko jazz and the Whit Williams big band.

Produced by Jazz Beyond Borders, “Jazz at the Mezz” concerts take place on most third Sundays throughout the year. Seatings are from 4:30pm–6:30pm and from 7:00pm–9:00pm. Tickets should be purchased well in advance (most past concerts have sold out). Admission is $25 for either show and meals are ordered separately. For tickets, visit www.instantseats.com or call Cafe Mezzanotte at 410-647-1100.

Now in its fifth year, Jazz Beyond Borders is a cultural diversity project bringing international performing and recording artists to concert halls and classrooms. Stay tuned for more monthly and special events presented by Jazz Beyond Borders both inside and outdoors in the 2020- 21 program year. Visit www.jazzbeyondborders.com to get on the mailing list.