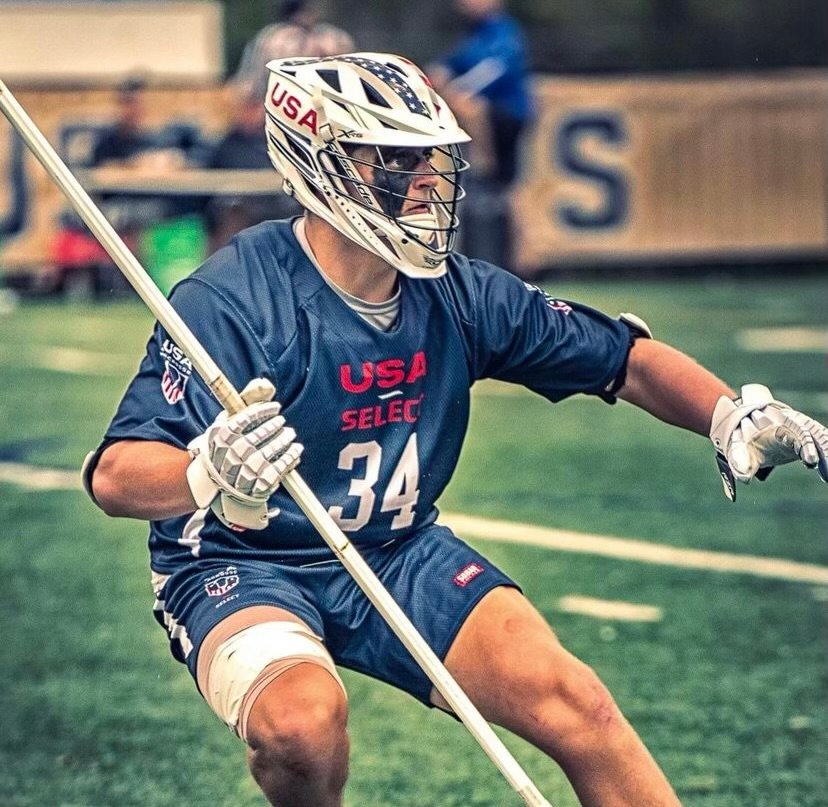 Talan Livingston is one of 22 high school lacrosse players nationwide who will represent Team USA on the U18 men’s select team.
Photos courtesy of Glenwood Photography 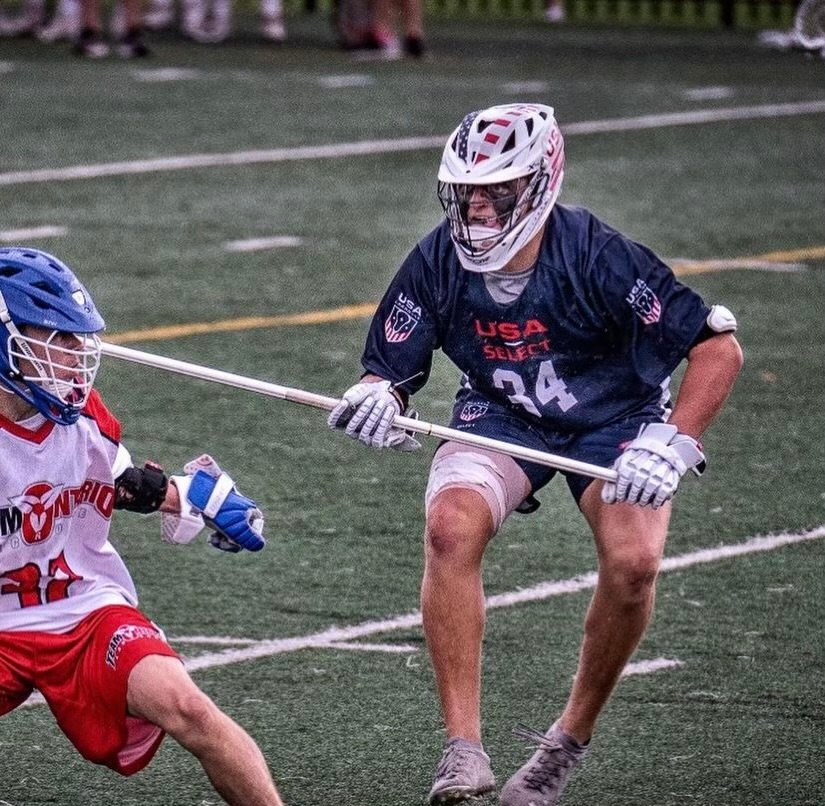 Talan Livingston is one of 22 high school lacrosse players nationwide who will represent Team USA on the U18 men’s select team.
Photos courtesy of Glenwood Photography
Previous Next
Posted Wednesday, September 7, 2022 9:14 am
By Zach Sparks l zach@severnaparkvoice.com

In August, the defenseman made big strides toward those goals as he was selected to Team USA’s U18 men’s select team and he committed to Salisbury University.

Talan was one of 44 high school boys lacrosse players nationwide chosen to join the 2022 USA select U16 and U18 teams. The players were selected following a national combine at USA Lacrosse headquarters in Sparks, Maryland, that featured more than 100 players.

The USA Select teams represent the third phase of the National Team Development Program, which is designed to provide high-level training to players, introduce them to the U.S. national team program and offer competitive opportunities.

“Ever since I picked up a stick, it’s been a dream,” Talan said of joining the Team USA developmental program.

Talan picked up a lacrosse stick in third grade and joined Kooper’s Lacrosse in fifth grade. His dad, Dave Livingston, started coaching him in sixth grade.

“My dad started at [University of] Maryland and then transferred to Salisbury where he was a three-time All-American,” Talan said. “He’s basically my personal trainer. He’s my drive.”

Dave has provided Talan with coaching and encouragement without being overbearing.

Talan’s hard work paid off as he made the Severna Park High School varsity boys lacrosse team as a freshman and enjoyed a state championship run.

“Severna Park has done wonders for me, getting to places I never thought I could get to,” he said. “I love the physicality of lacrosse and being able to control the whole defense with my voice.”

“Talan’s recent commitment to play for Salisbury University and being selected for the USA U18 select team shows his dedication to the sport and is a reflection of his impeccable work ethic and great character,” Earl said. “These traits help him be successful on the field, in the classroom, the community and in his relationships. I am sure Talan will continue down this path and make a difference in this world. We are all very proud of him!”

A two-sport athlete, Talan is currently working on his speed for football, but he is always refining his lacrosse skills. He follows a dedicated routine.

“Earlier in the day, I’ll get to the high school and do footwork,” he said. “Before practice, I’ll get wall ball in, at least 30 minutes a day. On the days we don’t have practice, I have to get to the gym to lift.”

Talan and his USA select teammates will compete against international competition during the Brogden Cup from October 14-16 at USA Lacrosse headquarters. The event is run in conjunction with the Fall Classic, which features the U.S. men’s and women’s national teams.

Severna Park has a strong pipeline of lacrosse talent and Talan had this advice to share with young players: “You just have to keep working. I wasn’t that good of a player when I started. Progress doesn’t come overnight.”