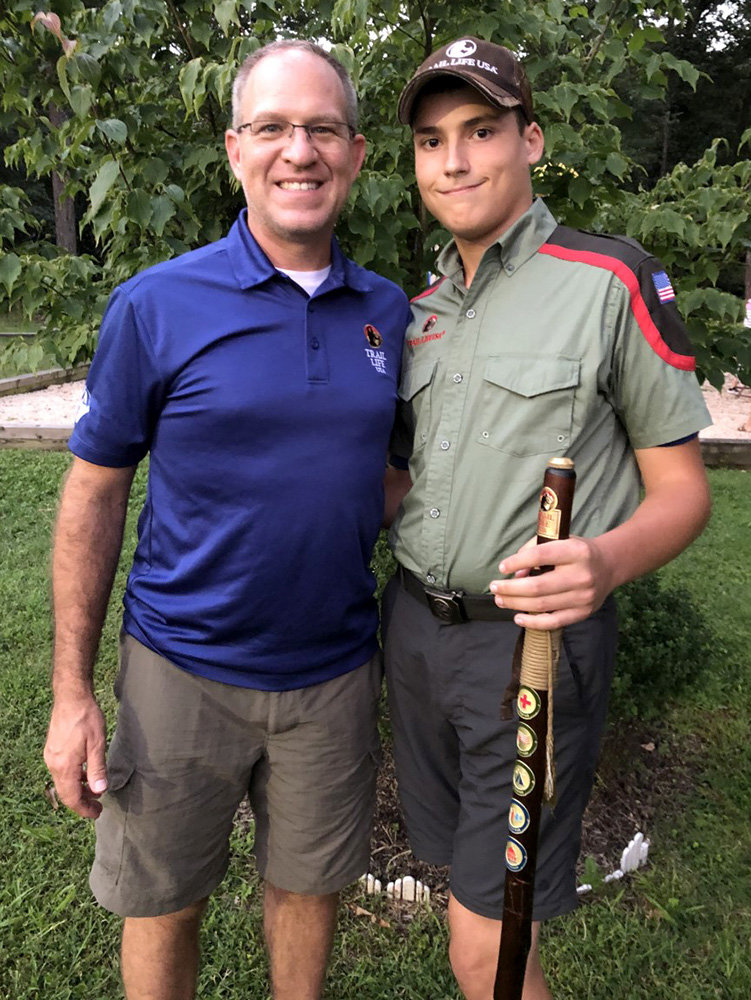 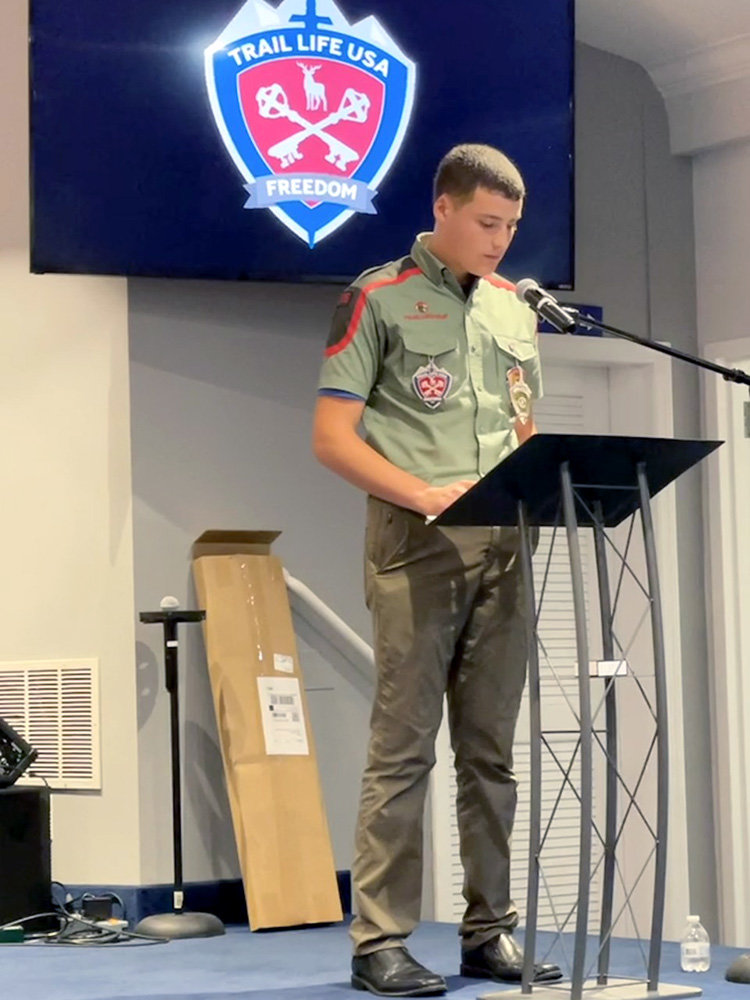 Trail Life USA is a church-based, Christ-centered and boy-focused organization, similar to Boy Scouts, in which children from kindergarten through 12th grade are taught by male mentors to grow in character, develop leadership skills, earn badges and serve their community. In the Anne Arundel community, Severna Park Baptist Church proudly hosts Trail Life USA Troop MD0152, which is celebrating the great accomplishment of one of their own.

On October 3, Drew Funderburk, a member of Troop 152, became the second Marylander ever to be awarded the Freedom Award, the highest honor in Trail Life USA. Drew has been involved with Trail Life for six years, four of which he completed in Texas, where his family lived before moving to Maryland.

“Trail Life is for men who want to go out on adventure and learn about God's creation,” said Drew. “It's also where you can earn badges, go camping, go hiking, and you can practice your leadership skills to carry out the mission.”

The Freedom Award is similar to the Boy Scouts’ Eagle Scout, according to Drew. He had to achieve 15 required and 10 elective badges and complete a project.

“I set some goals and worked hard to achieve them,” said Drew. “I wanted to achieve this goal and earn this badge. I feel like I learned a lot by working hard and never giving up.”

“I chose it because I thought it would be a good thing to help kids get bikes for Christmas,” said Drew.

Together with his troop and his family, Drew collected 125 bikes. As part of his project, he also provided bike maintenance to the donations. Stacey Benning, the wife of Trail Life leader Darrin Benning, said this project was no small feat.

“The project took several weeks of planning and preparation,” said Stacey. “There were three different working sessions with volunteers to collect, organize, clean and repair the bikes. There was one day for handing out the bikes.”

Stacey and Darrin Benning, alongside Trail Life leaders Jim Benson and Daniel Novak, were extremely supportive according to Drew. No one, however, has been more supportive than Drew’s father, Scott Funderburk. Scott said he is proud of his son for winning the Freedom Award.

“He's got a strong character, very innocent heart, and he cares for others and wants to serve others,” said Scott. “That was a big part of not only just the service project, but that's one of the main themes of Trail Life.”

Scott, a former Boy Scout, said Trail Life USA has been an important way for him to bond with his son.

“I am very much involved and super active in his progress,” said Scott. “It was gentle encouragement and nudging along; seeing him do what he can do and be successful was really rewarding.”