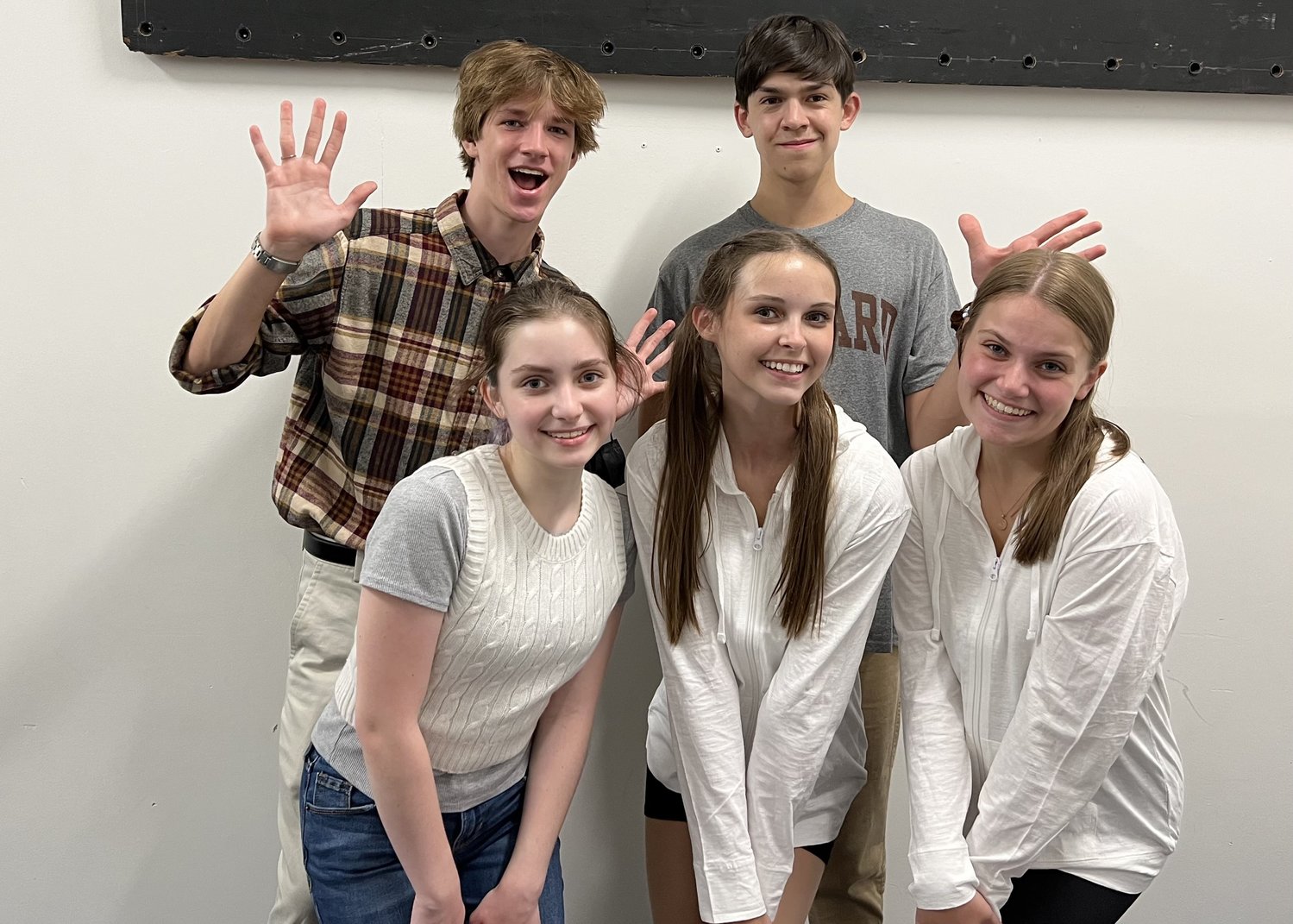 It’s been more than 20 years since Reese Witherspoon brought the stylish, confident and smart Elle Woods to life in the film “Legally Blonde.” The Talent Machine Company cast, which includes some talented Severna Park teens, will dance and sing their way through Harvard Law School this August to bring this award-winning musical, based on the movie, to life.

Directed by Taylor Elise Rector, a Talent Machine Company alumni who played the part of Elle at the Candlelight Theatre in Delaware, and produced by Judy Curbelo, “Legally Blonde” is performed by 34 teens from the region, ages 14 to 17.

“These kids are all amazingly talented and they have been working so hard. From day one, they have been learning the jump rope number and all of the choreography,” Rector said. “Audiences will see in their faces how much fun they are having onstage. I am so proud of them, and they should be proud, too.”

Ainsley Grow is a rising 10th-grader at Severn School. She was bitten by the acting bug in fourth grade at Jones Elementary School and has been performing ever since.

“This show is so funny and was so much for us,” said Ainsley, who is part of the ensemble. “Everyone who comes to see it will have a great time.”

Veteran performer Reilly Miller is performing in his 14th musical, his third with Talent Machine Company. He’s also in the ensemble.

“I’ve met so many new people here at the Talent Machine Company,” said Reilly, a rising sophomore at Severna Park High School. “Everyone is so welcoming and so talented. It’s a really good group and a great show.”

Rosalie Hess will be a senior at Archbishop Spalding this year. She has an extensive performance resume and is also a member of the All Children’s Chorus of Annapolis.

“This show has so much amazing and positive energy,” said Rosalie, who plays the part of Margot, one of Elle’s best friends. “I think everyone can relate to Elle or to one of the characters in this incredible show. Everyone should come and see it!”

“I’ve always loved the ‘Legally Blonde’ movie, and all the characters are fun with great costumes,” she said. “It’s just a really good production and I think everyone will love it.”

Shane Coleman, who recently moved to Severna Park, will perform as a dancer in his first Talent Machine Company production. He’s a Children’s Theatre of Annapolis alumni and has been in productions of “The Addams Family,” “Mamma Mia!” “High School Musical” and “Camp Rock.”

An avid dancer, Shane thinks everyone should come to see the cast perform in “Legally Blonde” because everyone is so talented. His dog will play the part of Bruiser.

“The kids have been rehearsing since May. Audiences can expect to see lots of energy, exceptional singing, and amazing dancing from a great group of kids,” Curbelo said. “The Talent Machine Company is known for its high level of talent, and this cast is no exception. They are a great group of kids who support each other no matter what.”

“Legally Blonde” will run August 5–7 and August 11–13 and will be held at newly refurbished The Pascal Center for Performing Arts on the main campus of Anne Arundel Community College in Arnold. Evening and matinee showtimes are available. Tickets are $20 and are available online at www.talentmachine.com or at the door.

Art In The Park Entertains A Crowd At Cafe Mezzanotte

Ballet Theatre Of Maryland Opens Season With “Ballet In The Garden,” “Les Sylphides And Other Works”

Genre-Blending Sultans Of String To Perform At SPHS