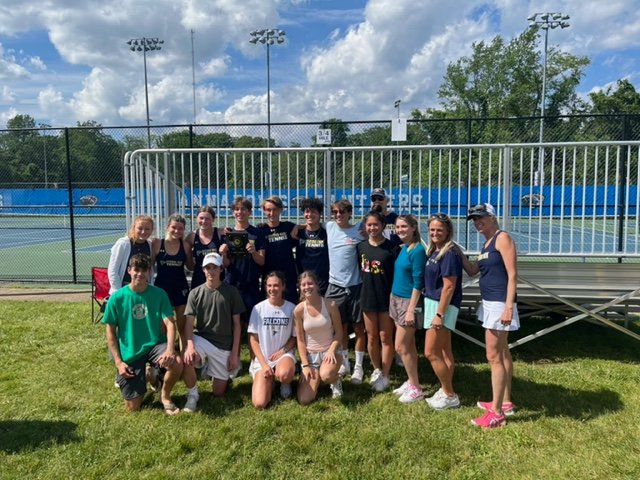 Severna Park may have one dynasty with the boys lacrosse team having just won their sixth consecutive state title. But another impressive dynasty has been building on the tennis courts.

Coached by Emily Bear, Mark Bieberich and Heather Herman, the Falcons co-ed tennis team capped off an undefeated season by claiming their eighth consecutive county tournament title on May 18. While the team has now won eight straight county titles, this was the first year since 2019 that the county tournament was held due to the pandemic. The team then followed up their county title by winning their regional tournament and had five players finish in first place at regionals, allowing them to advance to states.

Chris Preston competed in boys singles, Lucas Fuhrmann and Charlie Herman played in boys doubles, and Lylah Mudd and Grace Warner were in girls doubles at states. Sadly, all five were unable to advance out of the first round. Warner was one of three senior team captains who are graduating while Fuhrmann will return next year as the defending county boys singles champion. Preston and sophomore Kiran Spencer will be the defending county doubles champs heading into next year alongside Fuhrmann.

“They are a great group of kids who are excellent students and came together as a cohesive team this season,” Bear said.

The Falcons finished the season with a 12-0 record and lost just six matches during the regular season. They will be led next year by Fuhrmann, Spencer, Preston, Mudd and other players as they look to continue their county dominance.