The Art Of The Mind 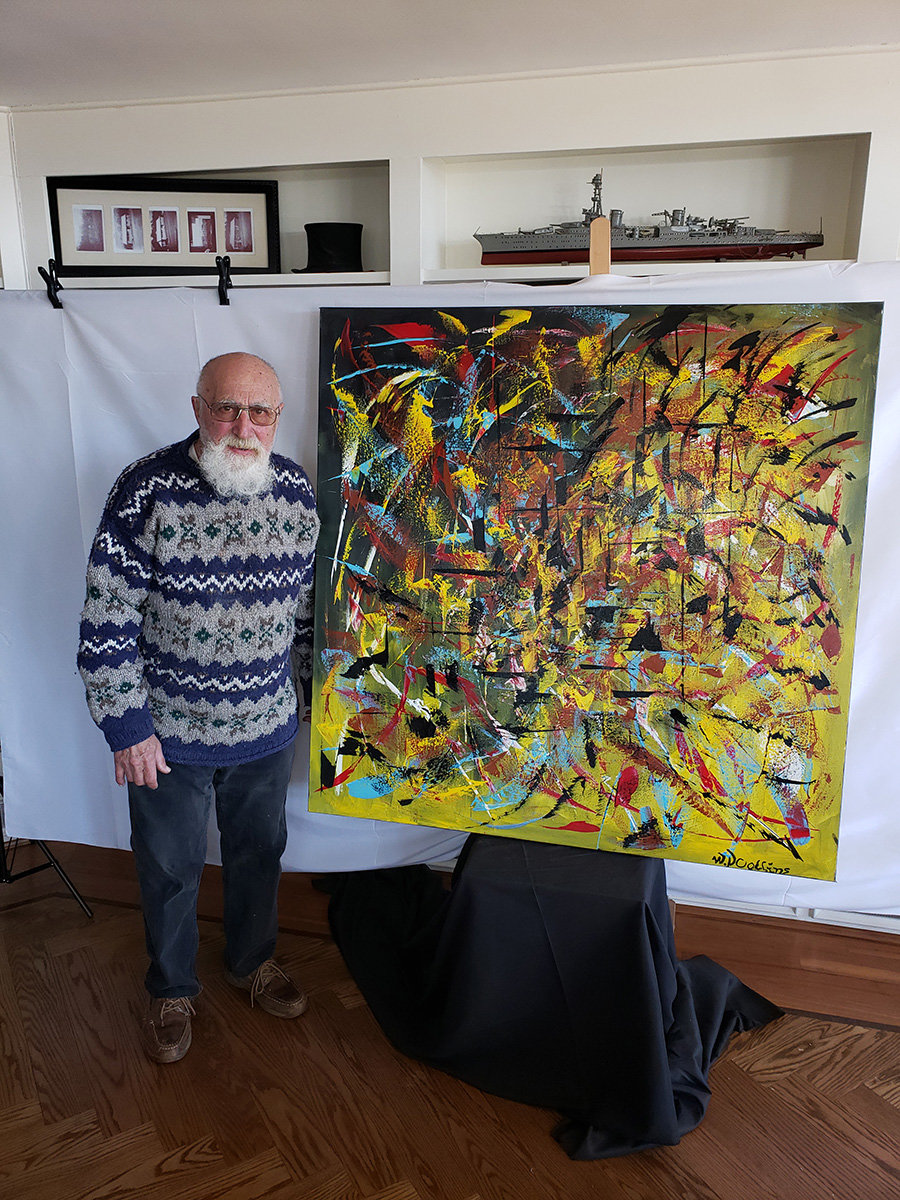 William N. Collins has filled his home with more than 120 paintings since the pandemic started.
Photo by Conor Doherty
Posted Tuesday, March 9, 2021 3:43 pm
By Conor Doherty

Since the pandemic started over a year ago, it has had an immense impact on jobs and people’s livelihoods. While some people have been able to adjust to working from home, many have been left without jobs, frustrated that they are unable to provide for their families.

But one man is glad that he now has so much free time. Dr. William N. Collins, a psychologist for over 40 years, hasn’t seen one patient since the pandemic began. At the age of 83, it was too much of a risk for him. But it doesn’t bother him as that means he’s had more time to pursue and work on his true passion, art.

Primarily an abstract artist whose career dates back to the 1960s, when he started painting to combat a severe case of depression, Collins has been painting prolifically during the pandemic. Currently, over 120 paintings sit scattered throughout his house. Any free space, even unused closets, is used as storage. The lack of space has served as his biggest challenge during the pandemic, but that doesn’t sway Collins as art has so completely taken over his life that if asked, he wouldn’t even identify himself as a psychologist.

“You identify yourself with who you believe you are so that others may see you as one thing, doing what you do,” he explained. “If asked, I would identify less as a psychologist and more as an artist now.”

Collins believes that the arts might see a surge whenever the pandemic ends and things return to normal. “I think when this is over, you’re going to see a barrage of paintings and music and books, plays,” he stated. “All of these are going to come out because your writers, artists and musicians have not been able to perform and so they’ve spent their time doing all of this.”

His plan, once his office opens again, is to work one to two days a week, while spending the rest of his time focused on his artwork. Collins needs all the time he can get as some of his paintings can take up to two or three weeks to complete.

“Sometimes, I work for two weeks on about a 12-inch area,” he said. “That’s exactly what happens in painting, when you’re doing abstract. You have to know when to stop. You have to look at it and know it’s finished.

“Whenever you do anything, even if it’s just putting your hands together, it’s an expression of yourself and that’s the same thing with anything in writing, painting or the theatrical arts. It doesn’t bother me if someone perceives a different meaning from my paintings than what I intended.”

To see the paintings Collins has finished, visit www.wncollins.com where over 100 of his paintings are on display and for sale.