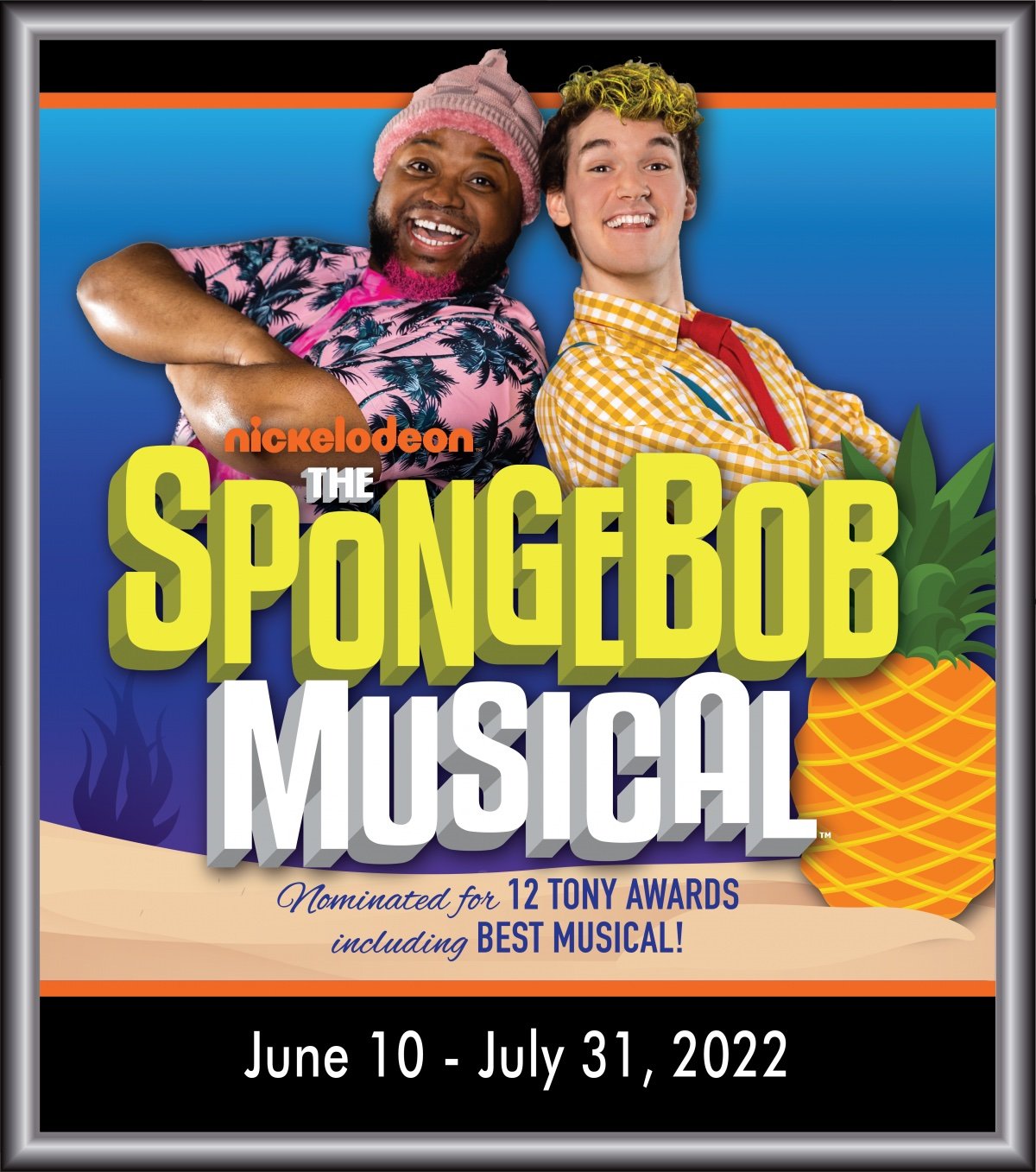 Toby’s Ballet Theatre will be transformed into the undersea town of Bikini Bottom during “Spongebob The Musical” from July 10-31.
Photo Provided
Posted Tuesday, June 28, 2022 8:52 am

Captivating stories, beloved songs and exciting dances aren’t limited to big and small screens. The following venues and organizations have a variety of upcoming live shows that are sure to engage audiences.

Formerly known as Annapolis Shakespeare Company, Classic Theatre of Maryland is performing “The Servant of Two Masters” in Annapolis now through August 30. This hilarious play tells the story of a hungry servant who, realizing that working for two masters could ensure him more food, tries to do the job of two men while working desperately to conceal that fact from both employers. With a zany plot featuring lost love, mistaken identity, ravenous servants, and lots of letter mix-ups, Goldoni’s classic comedy is rollicking fun. The show is presented weekly on Tuesdays in the outdoor courtyard at Reynolds Tavern.

Classic Theatre has another show, “As You Like It,” coming to the Gresham Estate from July 7-24. One of the bard’s most beloved comedies about flirtation, friendship and mistaken identities takes a lighthearted look at the fickle and passionate nature of love. The character Rosalind is considered one of Shakespeare’s most fully realized female characters. Director Sally Boyett sets the production in the 1930s in the Cumberland Gap region of the Appalachian Mountains, with nostalgic bluegrass music performed by the cast, an ensemble of eight seasoned professional actors.

Ticket information is available at www.classictheatremaryland.org.

The music of Elvis will come alive in “All Shook Up,” coming to Anne Arundel Community College from July 8-17. Inspired by Shakespeare’s “Twelfth Night,” “All Shook Up” follows a small Midwestern town that is thrown into a frenzy with the arrival of Chad, a motorcycle-riding roustabout who rides from town to town with a guitar on his back, blue suede shoes on his feet, and a song in his heart. “All Shook Up” is a rocking, heartwarming tale about following dreams, opening up to love, and the power of music.

This Annapolis venue has a packed schedule including the United States Navy Band on June 17, a Juneteenth parade and celebration on June 18, a “Beatles For Kids” concert on July 23 and more. For the full slate of events, go to www.marylandhall.org.

After a hiatus, Pasadena Theatre Company is back with “Happy Days,” which runs July 8-17 in Anne Arundel Community College’s humanities recital hall. The musical is based on the book by Garry Marshall and the Paramount Pictures television series, with music and lyrics by Paul Williams.

The Columbia venue will be transformed into the undersea town of Bikini Bottom during “Spongebob The Musical” from July 10-31. The stakes are higher than ever in this dynamic stage musical, as SpongeBob and all of Bikini Bottom face the total annihilation of their undersea world.

Chaos erupts. Lives hang in the balance. And just when all hope seems lost, a most unexpected hero rises up and takes center stage. The power of optimism really can save the world!

Ballet Theatre of Maryland (www.balletmaryland.org) and Children’s Theatre of Annapolis (www.childrenstheatreofannapolis.org) have concluded their 2021-2022 seasons. Check each organization’s website to see what is in store for 2023.

Stage and Screen Studios (www.stagescreenstudios.com) has shifted its attention to summer camps including a “Lion King Jr.” camp and “Rock and Roll Revival.”