“The Social Dilemma” Explores The Insidious Nature Of Social Media

“The Social Dilemma” argues that as long as corporations have no limit on how much profit they can make from mining your attention, social media will benefit companies rather than people.
Photos courtesy of Expsoure Labs/Netflix 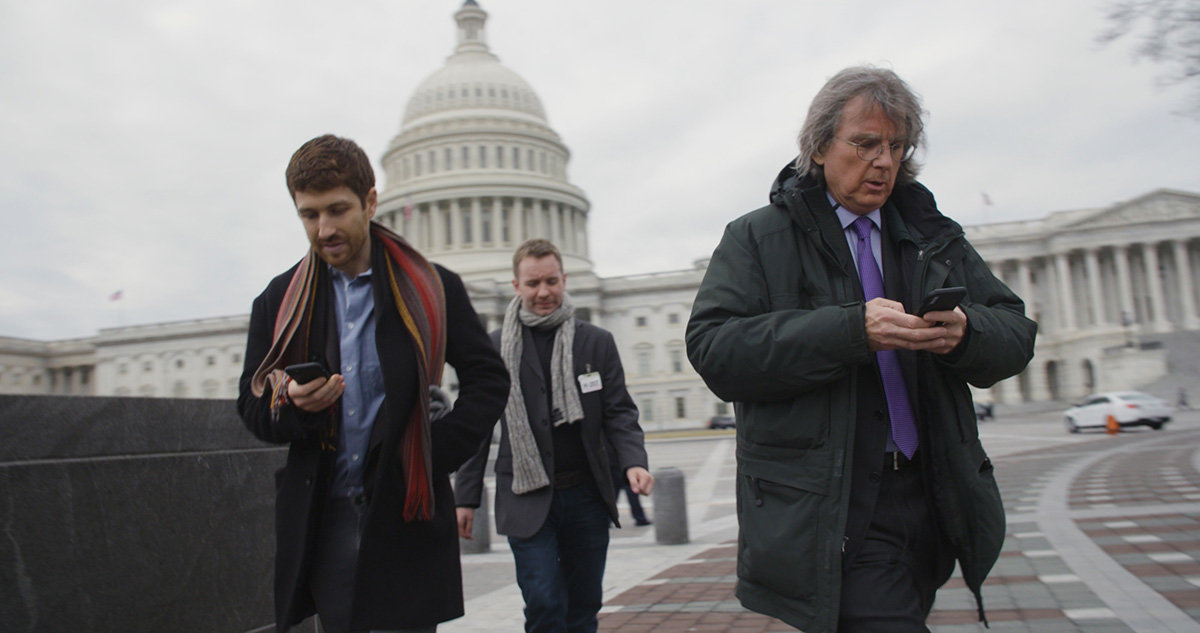 “The Social Dilemma” argues that as long as corporations have no limit on how much profit they can make from mining your attention, social media will benefit companies rather than people.
Photos courtesy of Expsoure Labs/Netflix
Previous Next
Posted Tuesday, October 6, 2020 4:32 pm

There are only two industries that call their customers users: illegal drugs and software.”
— The Social Dilemma
By Audrey Ruppert

Born in 1996, I straddle the border between millennials and Generation Z. Like those who were alive when the Model-T Ford was invented, I experienced a phenomenon that nobody before me had experienced, and everyone after me would experience: smartphones in middle school.

I remember feeling isolated from my peers, as my parents wouldn’t permit me to have any kind of social media. However, when I did get an iPhone in college, I found I was much more impervious to the often insidious effect of social media on self-esteem, probably because my brain had had some time to develop and wasn’t as influenced by the constant dopamine highs and lows that come with the liking and sharing of selfies.

“The Social Dilemma” is a terrifying new documentary from Netflix which doesn’t necessarily present us with much new information (we have known for a while that social media can have harmful side effects) but brings all the information together to present a compelling and hair-raising thesis. Social media plays to our most human instinct to interact and receive validation, and it is designed to increase engagement as much as possible. Our attention has become a commodity that corporations and governments can buy and sell for cheap and manipulate to their will, without us ever even noticing.

Like Frankenstein, social media was designed by well-meaning individuals but has gotten out of hand and is wreaking havoc on democracies, spreading misinformation like wildfire, and causing teenage girls to commit suicide at rates never seen before in modern history. We have always feared as a society that artificial intelligence would eventually outsmart us and rule us, in a Matrix-esque fashion, but the truth is more insidious: AI and algorithms have already infiltrated every aspect of our lives. Billions of people have been influenced by the decisions of a few guys in Silicon Valley, and our wants, aspirations and wills are now accessible to the highest bidder.

“The Social Dilemma” can feel scatter-shot at times, with discussions of politics, genocide and tween Tik-Tok users rolled into one, but this is because the scope of the dilemma is very wide. I have long voiced my opinion that money in politics is the source of all our political woes; donor will and policy correlate, but voter will and policy do not. “The Social Dilemma” makes much the same proposal, but with social media - as long as corporations have no limit on how much profit they can make from mining your attention, social media will benefit companies rather than people.

The documentary isn’t perfect. It exaggerates some things and underplays others. We see a teenage boy feeling distraught upon receiving a notification that his ex is in a new relationship - but he always would have discovered that and felt that way, even without a phone. Fake news and a lack of self-esteem are not new problems. The film does make a decent point about this, however - we as humans have not evolved much, but technology has. While we have always had political division and mean girls at school, we’ve never had this much bombardment and interaction with these issues on a daily basis. As the algorithms accelerate, so do our problems, seemingly - but I would need more evidence to be truly convinced that wars are happening faster solely because of social media. We’re a pretty violent and manipulative species and always have been. Perhaps our awareness of and participation in harm is higher, but the harm itself may not be much greater.

Another issue that is mishandled is radicalization. We are shown the same teenage boy losing interest in sports and gaining interest in an ambiguous political group with a milquetoast name, reminiscent of the “protestors” in the ill-conceived Kendall Jenner Pepsi ad.

Let’s not get it twisted here - “polarization” itself was not the issue in the lead-up to Nazi Germany. One side had facts, the other had lies and was wrong, and the false equivalency shown in the documentary is troubling.

So what can we do about this huge problem? Like my isolated middle school self, we feel out of place without social media and we can’t turn back the clock - Zoom is now as important to working life as coffee is. “The Social Dilemma” proposes a few solutions to a problem we have created, and most are excellent. We must regulate tech companies and make social media work for us, not for profit alone. We should limit screen time, especially for younger people who are still developing. We should fact check, fact check, fact check and follow a few people who we don’t agree with. And if you’ve got the strength? Delete some of your applications altogether.

“The Social Dilemma” is out on Netflix now and is a highly recommended watch.