“Top Gun: Maverick” Takes Viewers On A Better Ride Than Its Predecessor 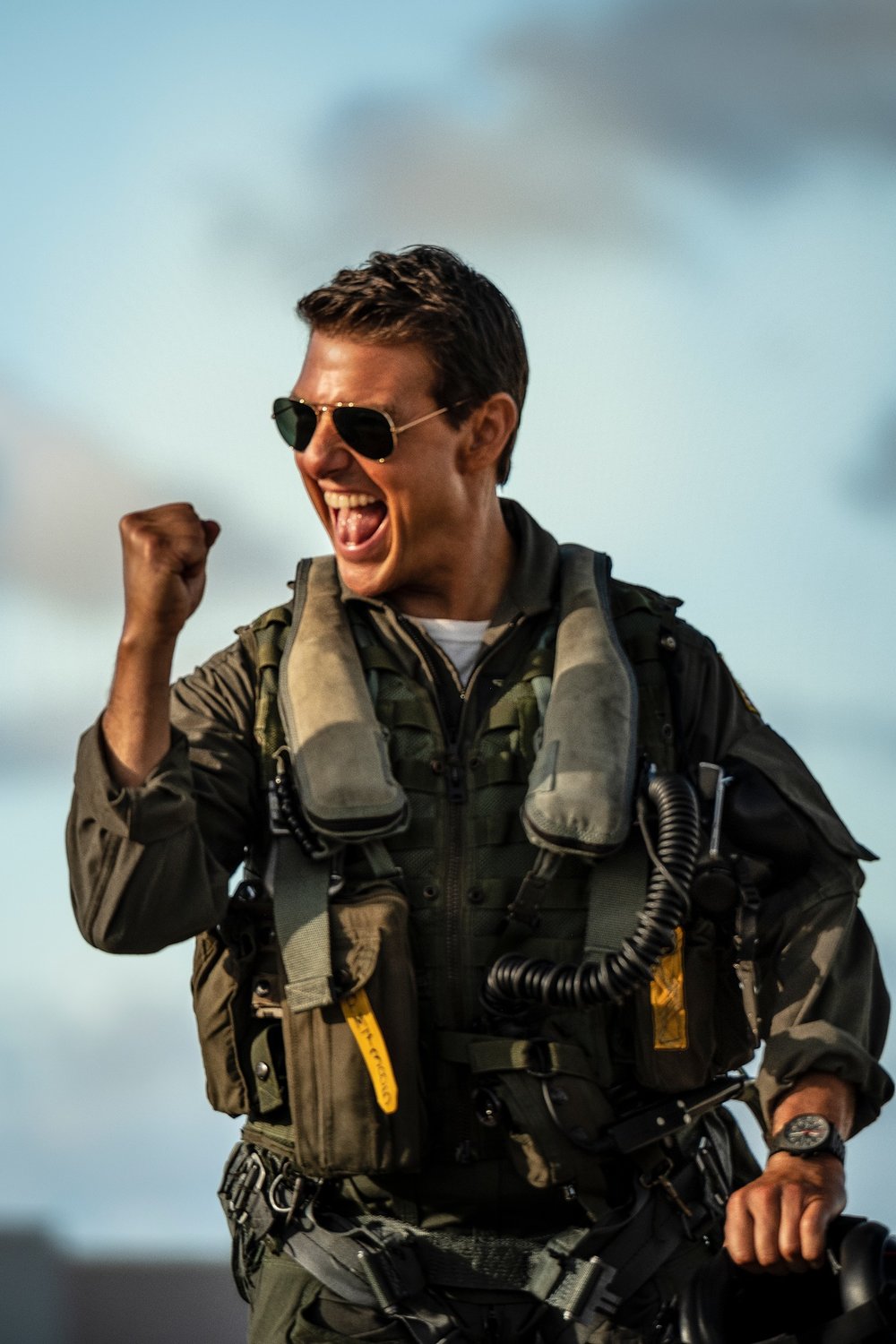 In the “Top Gun” sequel, Maverick (Tom Cruise) has been working as a test pilot but is facing the extinction of his role as unmanned planes and drones are phased in.
Photo Courtesy of Scott Garfield
Posted Wednesday, June 8, 2022 3:29 pm
By Audrey Ruppert

I really wanted to hate “Top Gun: Maverick.” As preparation, I recently watched the original “Top Gun” and was in utter disbelief that it was considered “culturally, historically or aesthetically significant” by the Library of Congress. It felt like a dated, misogynist, boys-will be-boys, homoerotic hot mess with cringe dialogue that was occasionally interrupted by admittedly cool (if not totally unrealistic) plane scenes.

Narcissism and bad behavior was consistently rewarded throughout, and the impact of serious trauma on Cruise’s character was minimized and swept under the rug by the Navy and all of his friends. My biggest takeaway was feeling grateful we no longer live in the ‘80s. I therefore had low expectations for what felt like a long belated, cash grab of a sequel from the world’s most overrated film star.

To my complete surprise, “Top Gun: Maverick” was not only vastly superior to the original – it was honestly a solid standalone film with three-dimensional characters, riveting action scenes and compelling dialogue.

Before I sing its praises, however, I want to make one thing clear: this film is partly propaganda. The military actively pays Hollywood producers to show military excursions in a positive light. I have to admit that seeing Lockheed Martin’s logo visibly printed and advertised on the fighter planes throughout the film left a bad taste in my mouth. The enemies are notably faceless – the American fighters all have their names emblazoned on their helmets and planes, and we are meant to relate to them and humanize them, while the enemy wears a complete face mask to keep you from considering their humanity. The mission to bomb the other side is explained clearly, but the audience is just supposed to accept that the intelligence prompting that mission is accurate – when this has not always been the case historically. The planes are cool and the story is good, but that does not mean the military industrial complex, which partly sponsored this film, is to be commended. It would be unethical to review this film without pointing that out.

That being said, the film really is worth watching if you can divorce yourself from the political aspects of it. Maverick (Tom Cruise) has been working as a test pilot for the last several years but is facing the extinction of his role as unmanned planes and drones are phased in. He has avoided climbing the ranks in order to stay in the cockpit, where he feels he truly belongs. Nearing the end of his career, he is called back to Top Gun by “Ice” Kazansky (Val Kilmer) who wants him to train a group of top graduates at Top Gun to complete a difficult mission. One of these graduates is “Rooster” (Miles Teller), the son of Maverick’s old flying partner, Goose, who died in the original film.

Maverick is much more three-dimensional in this installment. In the original, he was arrogant and put his team at risk – something Ice took pains to point out to him – but he was still rewarded for this bad behavior. In this iteration, Maverick has become less sure of himself. He still acts in the instinctive way that is necessary for a pilot (“do, don’t think” is his mantra), but he no longer seems to value risky behavior for the sake of risk. He doesn’t reward the cocky “Hangman” for his bad behavior, despite Hangman’s similarity to the younger Maverick.

The original Maverick was expected to immediately forget about the death of his friend Goose and move on mere days after the accident – he was to “let it go” and seemed to buy into this idea later on, throwing Goose’s dog tags into the sea at the end of the film. This Maverick is still clearly haunted by Goose’s death, displays pictures of him everywhere, and is trying to do the right thing by his son - but is not always successful.

Maverick’s daddy issues felt ham-fisted in the first film and didn’t add much to the story – but Rooster and Maverick’s collective daddy issues are clearly painful in the second film and explored in a sensitive and powerful way. Maverick turns to Ice for advice, and we see a chain of imperfect but impactful mentorship and mentee-ship. Everyone is a lot more human this time around.

Maverick even seems to be improving romantically; no mention is made of the original love interest, Charlotte Blackwood. She likely joined the queue of broken-hearted women the playboy Maverick used, then left behind. The love interest in this film is an old flame, with a daughter (by another man) who admonishes Maverick not to break her mother’s heart again. We see two imperfect people trying to do better later in life, with a lot more emotional intelligence and maturity than they had in their younger years.

The plane aspects are also much more riveting for a lay audience. Cruise explains flight plans in some detail, but not so much detail he loses us. It’s clear to us why the planes must be flown a certain way, the dangers associated with flying the planes this way, and why the pilots keep missing their marks. We are kept on the edge of our seats, and their mission feels dangerous to watch – it doesn’t seem guaranteed the pilots will succeed.

Overall, “Top Gun: Maverick” is a fun yet touching blockbuster to bring in the summer, and is well worth watching – if you never saw the original “Top Gun,” I wouldn’t bother. Enough context and flashbacks are given in the second film for you to understand the story even if you have not seen the first installment.