Two Wins In One Week: Broadneck Girls Soccer Is Off To State Semifinals 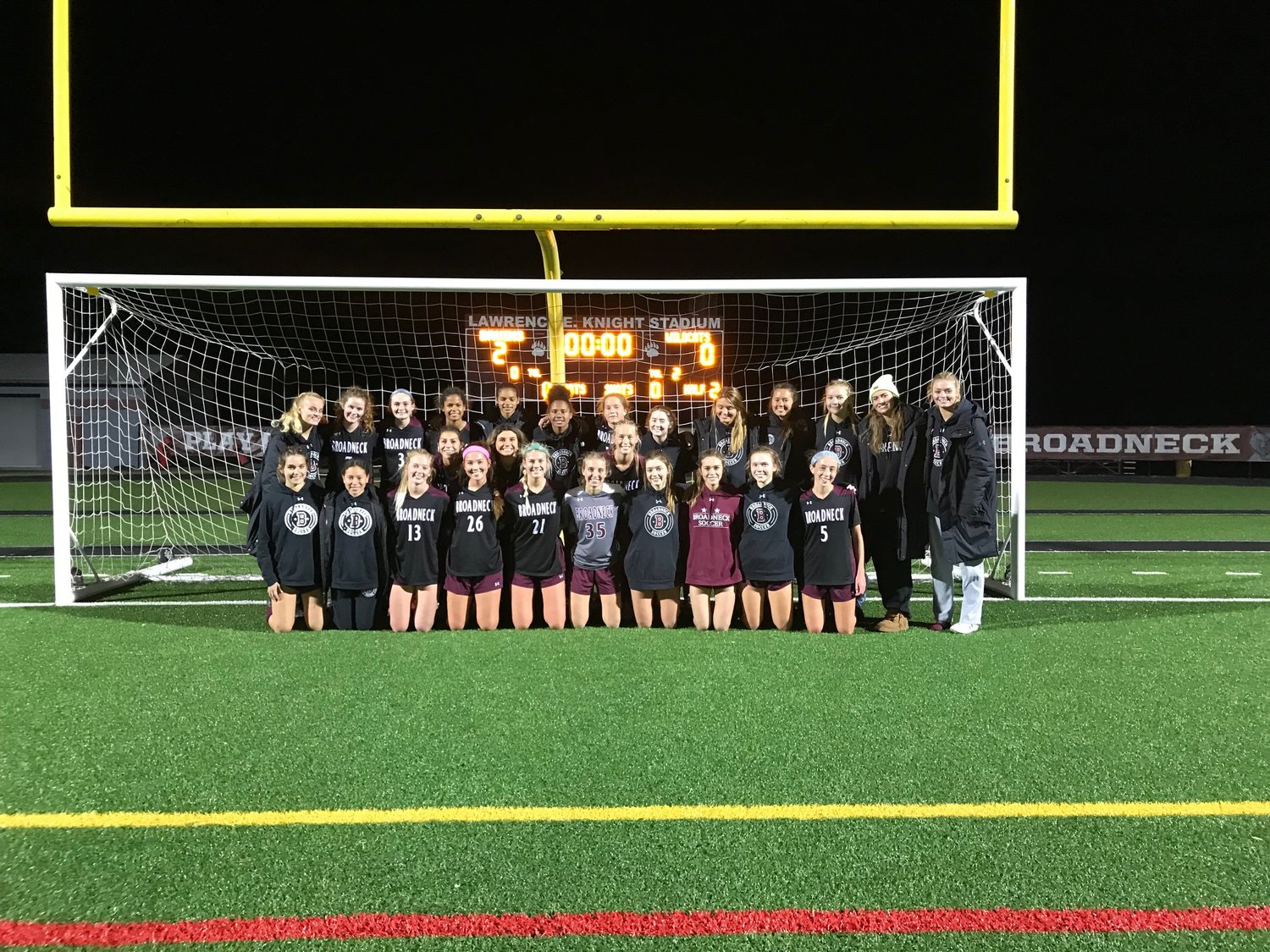 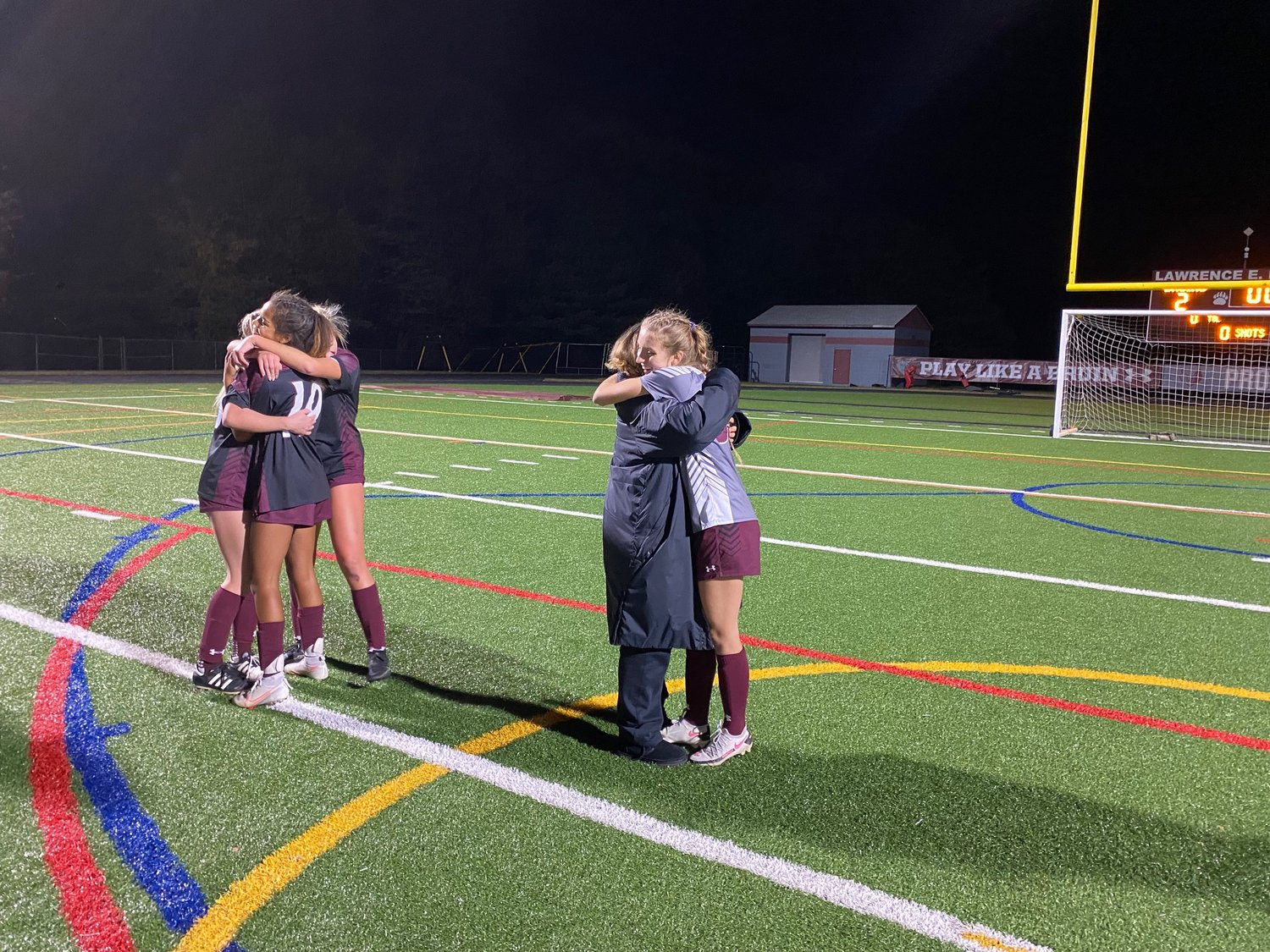 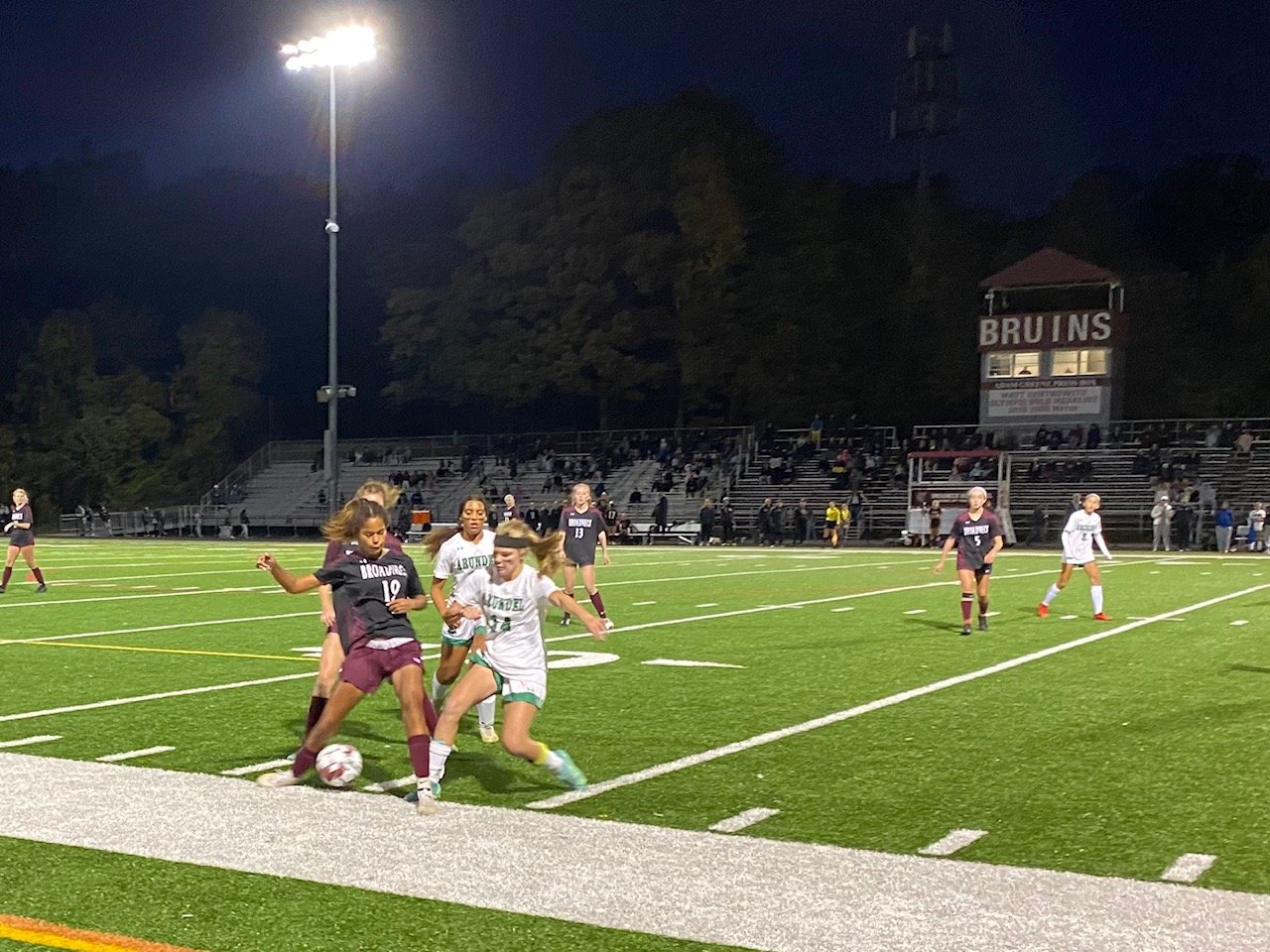 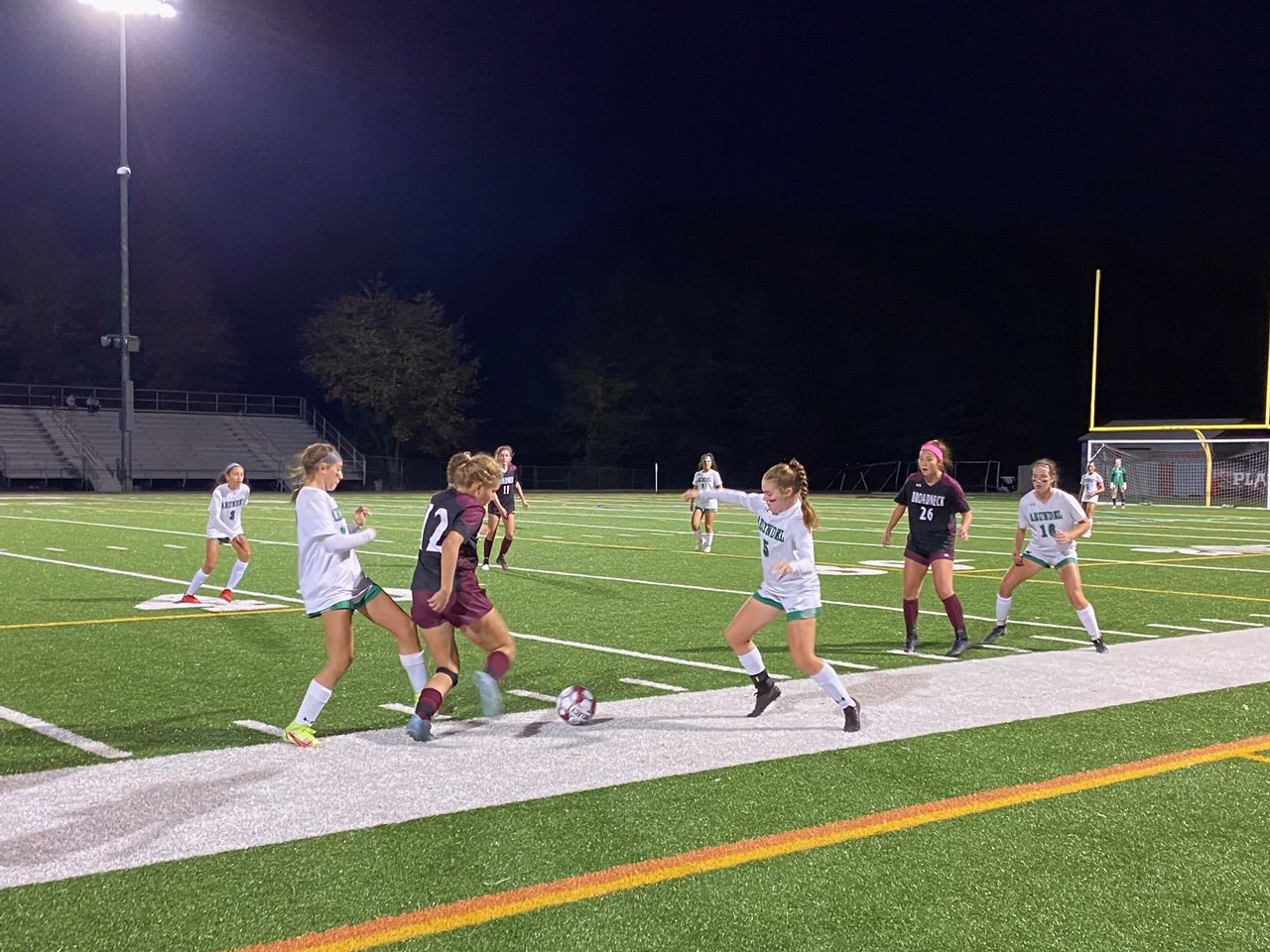 The Broadneck Bruins girls varsity soccer team beat the Arundel Wildcats 2-0 during the MPSSAA Class 4A state quarterfinals on Friday night, continuing their 12-game win streak. The Bruins will now advance to the state semifinals.

Two minutes into the game, Broadneck senior defender Clementine McLemore assisted senior forward and team captain Éva Mowery. Mowery made a powerful shot from the top of the 18-yard box, outside the reach of Arundel junior goalkeeper Trysta Thomas and into the left corner of the goal. According to Mowery, this was an important start for the team’s momentum.

“We knew we needed to come out with urgency,” she said. “After we scored, our adrenaline started going and we had the energy. A goal puts people forward, lifts people up, and makes them more excited to start playing and put more in the back of the net.”

McLemore reported “feeling phenomenal” following her assist. “It’s just a great experience to be able to come this far in quarterfinals, and as a defender you don’t get that many chances to get on the scoreboard or assist, so it was amazing,” she said.

Arundel held Broadneck to the 1-0 lead for the rest of the first half, but Broadneck dominated offensively with countless shots on goal. Just four minutes after the goal was scored, Mowery crossed a ball that ran across Arundel’s net, but the Wildcat defense was able to clear it.

A Broadneck corner kick taken in the seventh minute was crossed by Mowery and headed over the goal by senior defender Carly Johnston. Thomas made a diving save to the right corner of the goal in the 22nd minute after a string of Broadneck passes that resulted in a shot from junior midfielder and forward Nevaeh Dowell.

Offensive dynamite from Broadneck continued throughout the game and shots on goal did not decelerate. This forced Arundel to play a defensive game. With five minutes left in the first half, Arundel was given two direct kicks at around the 40-yard-line on Broadneck’s side of the field. Both times, the ball was won by Broadneck and the team resumed possession.

Broadneck head coach John Camm recognized Arundel’s strong defense and their “five to six kids back.” At halftime, he encouraged his team to make some adjustments.

“You need to take your opportunities early,” he said after the game when asked what he told his team at halftime. “Just go by them early. Create your chances early. Don’t take three or four touches. Don’t overpass and help them get organized.”

Stepping back onto the field, Broadneck took more shots on goal. The team demonstrated that their energy remained high as Johnston drove a hard shot to the lower right corner of the goal after a corner kick cross from Mowery three minutes into the half.

In the 52nd minute, Broadneck junior forward Sadie Wilkinson came into the game to bolster Broadneck’s offense. Wilkinson, who scored the winning goal for Broadneck in the Class 4A East Region II championship against Severna Park earlier in the week, remained on the sidelines during the first half of yesterday’s game. The coaching staff wanted her rested and ready to play for their upcoming match.

Mowery scored her second goal of the game with less than five minutes remaining in regulation, cementing Broadneck’s lead. Her shot to the top left corner of the goal was assisted by sophomore midfielder and forward Maddie Capps, who returned after missing three weeks due to a concussion.

“The thought going through my head was to get the ball to Éva,” Capps said when reflecting on her assist.

In Broadneck’s regional semifinal game against Leonardtown on October 30, Mowery set a new single season goal-scoring record and became the team’s overall goal-scoring leader. Given Mowery’s large contribution to Broadneck’s goal-scoring success, Capps was looking to set up her teammate for effective opportunities to score.

“I was getting a lot of chances — that one that hit the post or I was getting it in the box and they just weren’t falling in the right place — so I knew I needed to score another one just to shut Arundel down because 1-0 is very close; one goal could put us to a tie,” Mowery said.

There was no tie last night. The Arundel team led by head coach Caitlin Rankin has played their last game this season.

“We came in knowing it was going to be a tough game. I think we held them for a good while and we just couldn’t come out on top,” Rankin said. “Our girls are gritty. They work hard and they never quit. So, we’re just going to keep building on that.”

Broadneck is looking ahead to the semifinal next weekend. Mowery described the team’s plans for an easy practice Saturday and team bonding on Monday. Practices are expected to reach their typical intensity on Tuesday.

“We’re going to make sure we’re working hard during practice because you practice how you play,” Mowery said. “The competition is going to get a lot harder. Our work rate at practice just has to increase as we move along through the playoffs.”