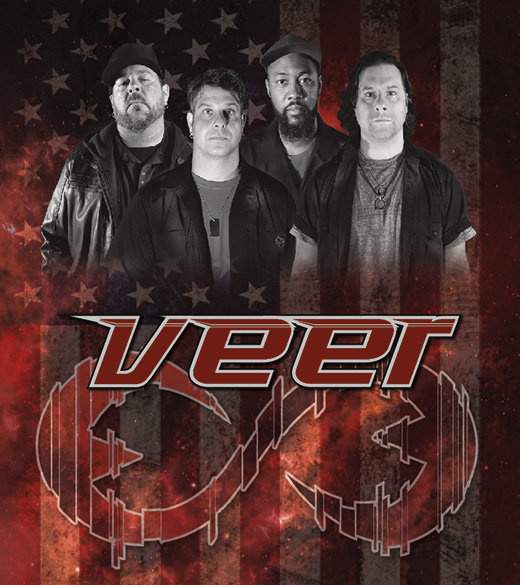 For some people, music is a form of medicine because of its potential to heal the soul.

The Maryland Cultural and Conference Center (MC3) and Warrior Music Foundation are partnering for Warriors in the Park, an Annapolis festival on 9/11 from 1:00pm to 9:00pm, and Michael Caimona hopes that the concert is a remedy for veterans and first responders in need.

“I have lost friends to suicide and really felt compelled to do something to address the problem,” said Caimona, who started the Warrior Music Foundation four years ago. “I had been involved in music and thought that was a way we could help.”

Although people have organized concerts on behalf of the organization in the past, Warriors in the Park is the first concert put on by the foundation.

Headlining the concert is VEER, a hard rock band from Annapolis, founded in 2016 by Ronald Malfi, Jon Malfi, Ryan Fowler and Christian Mathis. The International Singer Songwriters Association just recognized VEER with the bronze award for U.S. Band of the Year. VEER has been direct support for several national acts, including Buckcherry, Sponge, Fuel, Puddle of Mudd, Trapt and 40 Below Summer.

"We are very excited to have our first show in 18 months be for such a great cause,” Jon Malfi said. “We love what Warrior Music Foundation stands for, and all the good they do! This is a perfect event to kick off our next string of show dates."

Caimona said his foundation has widespread support from area bands and VEER was at the top of his list.

“Jon Malfi has been a partner of mine and has done a lot of marketing for Warrior Music,” he said. “Ryan Fowler runs one of the studios where we offer music therapy.”

Sarah Paige, 1IDentity and Mac & Blue will also perform during Warriors in the Park. Other activities include a silent auction, multiple food and drink vendors, and information on other local veterans and arts organizations.

There will also be an evening candlelight ceremony to honor the 20th anniversary of 9/11.

“September 11 was the catalyst of a lot of people joining the service,” Caimona said. “This anniversary of 9/11 is an important part of the lives of military members and first responders. I think it’s important that we all recognize what that day stands for.”

Caimona did 10 years of active duty and served as a military contractor. His nonprofit primarily serves Maryland and western Pennsylvania, but it expanded its online outreach during the coronavirus pandemic.

“With the online platform, there is no geographic boundary anymore,” Caimona said.

The Warrior Music Foundation offers free music therapy and music lessons with the goal of improving mental health, one person at a time. The beneficiaries are active-duty military members, veterans and their families as they deal with the complexities of service to include post-traumatic stress, depression, traumatic brain injuries, physical disabilities and financial hardship. The foundation also offers services to law enforcement and first responders.

“We collect a lot of data, and we know that around 95 percent of people with a pre-existing condition who come to us have found a benefit,” Caimona said. “We have had veterans who tell us that this helped them find their voice.”

The concert and candlelight vigil will be held at StageOne at MC3, located at 3 Park Place, Suite 4, in Annapolis. Tickets are $25 and can be purchased on Eventbrite by searching for “Warriors in the Park.” To learn more about the organizations featured in this story, go to www.mc3annapolis.org and www.warriormusicfoundation.org.