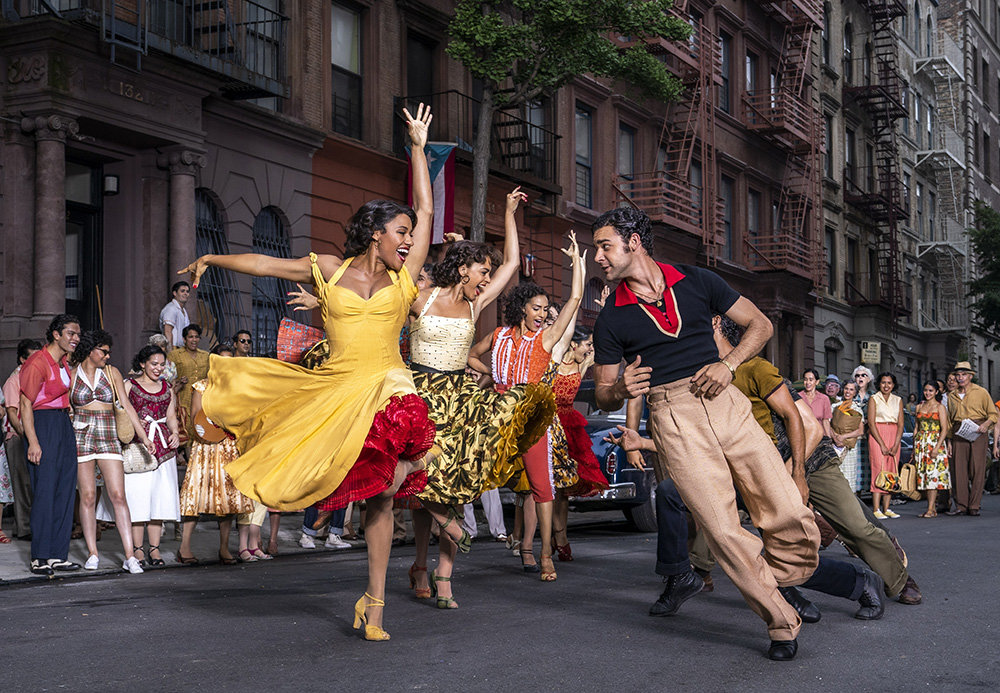 A lot has been done to remedy the caricaturist way the Puerto Ricans were portrayed in the original film, from a copious use of Spanish without subtitles, to using actors of color.
Photos courtesy of Disney 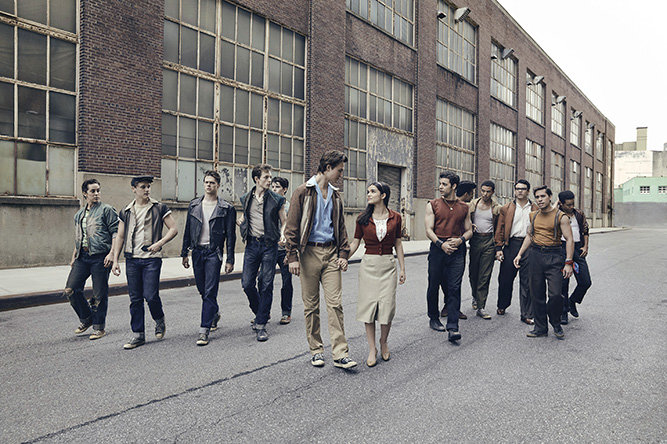 “West Side Story” retells a timeless tale: in the 1950s, Tony, former leader of the white Jets gang, falls in love with Maria, sister to Bernardo, the leader of the Puerto Rican Sharks gang. Violence ensues.
Photos courtesy of Disney
Previous Next
Posted Friday, January 21, 2022 2:07 pm
By Audrey Ruppert

This review contains spoilers for “West Side Story” — though the original film and play came out about 60 years ago!

In an age of pointless and badly done remakes, when I heard that “West Side Story” was being redone by Steven Spielberg, my first thought was why? “West Side Story” is a done-to-death high school play, a cornerstone of American cinematic history, and a portrayal that is becoming increasingly dated and problematic when viewed with a modern eye. Was this necessary? Let me tell you, it was extremely necessary, more necessary than I knew.

The new film is hyper-aware of its own past and appears to be a dialogue between its original Broadway source material, the classic film, and modern interpretations of American history. It could have felt like a papering over of cracks that were showing due to the story’s age, but instead the film came together as a cohesive, contemporary reimagining of a timeless tale: in late 1950s New York City, Tony, former leader of the white Jets gang, falls in love with Maria, sister to Bernardo, the leader of the Puerto Rican Sharks gang. Violence ensues.

A lot has been done to remedy the caricaturist way the Puerto Ricans were portrayed in the original film, from a copious use of Spanish without subtitles, to using actual actors of color (the original actors were white people in brown face — Natalie Wood was Russian), to a much starker portrayal of racism in the film. We actually see the destruction the Jets cause to the Puerto Rican community, and the playing field is leveled — both sides are portrayed with sympathy and criticism.

The creation of a new character, Valentina, was fascinating; in the original, Doc’s drug store was used as a meet-up place for the Jets. In this rendition, Valentina runs Doc’s drug store as his widower, and she is used to facilitate another aspect of racial dialogue; as a Puerto Rican who married a “gringo,” she is viewed as a traitor by some of the Puerto Rican community, and her efforts to make peace with the Jets have not always been fruitful. It was a powerful choice to have her sing “Somewhere” instead of Maria in this version — she mournfully imagines a time where the two sides can live in harmony, as she has never witnessed such a peace. Her marriage did not bring about that peace, and it is doubtful that Maria and Tony’s relationship will fare much better. She is portrayed by Rita Moreno, who played Anita in the original “West Side Story” film — thereby paying homage to the film’s roots.

We also get a brief but insightful look into the character of Anybodys, who has long been believed by the LGBTQ community to be a “queer coded” transgender character (meaning, a character who was queer but was not explicitly stated as such, due to the discrimination present at the time — the original film came out in 1961).

It’s interesting that Spielberg chose to keep the story set in the same time period rather than bringing it to the modern day, but his understanding of what truly happened in the late ‘50s is very contemporary. Not only does he look at racism and trans issues; he sets the story against a backdrop of gentrification, displacement of poor communities (white and otherwise) and distrust between police and those they police. The whole lens is much starker, grittier, realist. He isn’t afraid to “go there” and give a realistic portrayal of sexual violence. He doesn’t shy away from the offensive language used in the original songs and only changes words that a modern audience simply wouldn’t understand (such as “soda jerker”).

Not only does Spielberg flesh out the background against which the story is set, but he also breathes new life into familiar characters and makes them more three-dimensional. The tension between Tony and Riff is so much more palpable, coming to a climax with “Keep it Cool,” a song that is sung and danced over the holes of an abandoned dock where their parents’ generation once worked. The Jets are no longer ambiguous white people; they are Polish, they are Irish, they are the “last Caucasians” as Lieutenant Schrank puts it — the neglected children of dysfunctional parents who have been left behind and are using violence and humor as coping mechanisms (see “Officer Krupke”).

Even if you’ve never seen another version of “West Side Story” before, you’ll likely be captivated by the flash of beautiful colors, the stunning choreography, and the incredible singing voices. Rachel Zegler makes a bold debut as Maria, and while Ansel Elgort’s acting may not be up to par with his castmates, wow, can he sing! I was totally unaware of his beautiful voice (though, we may never see Ansel again, as he has recently been accused of sexual assault — time will tell). The core message, underneath all the social commentary, remains the same — hate begets hate and leads only to ruin. I defy anyone to leave dry-eyed.