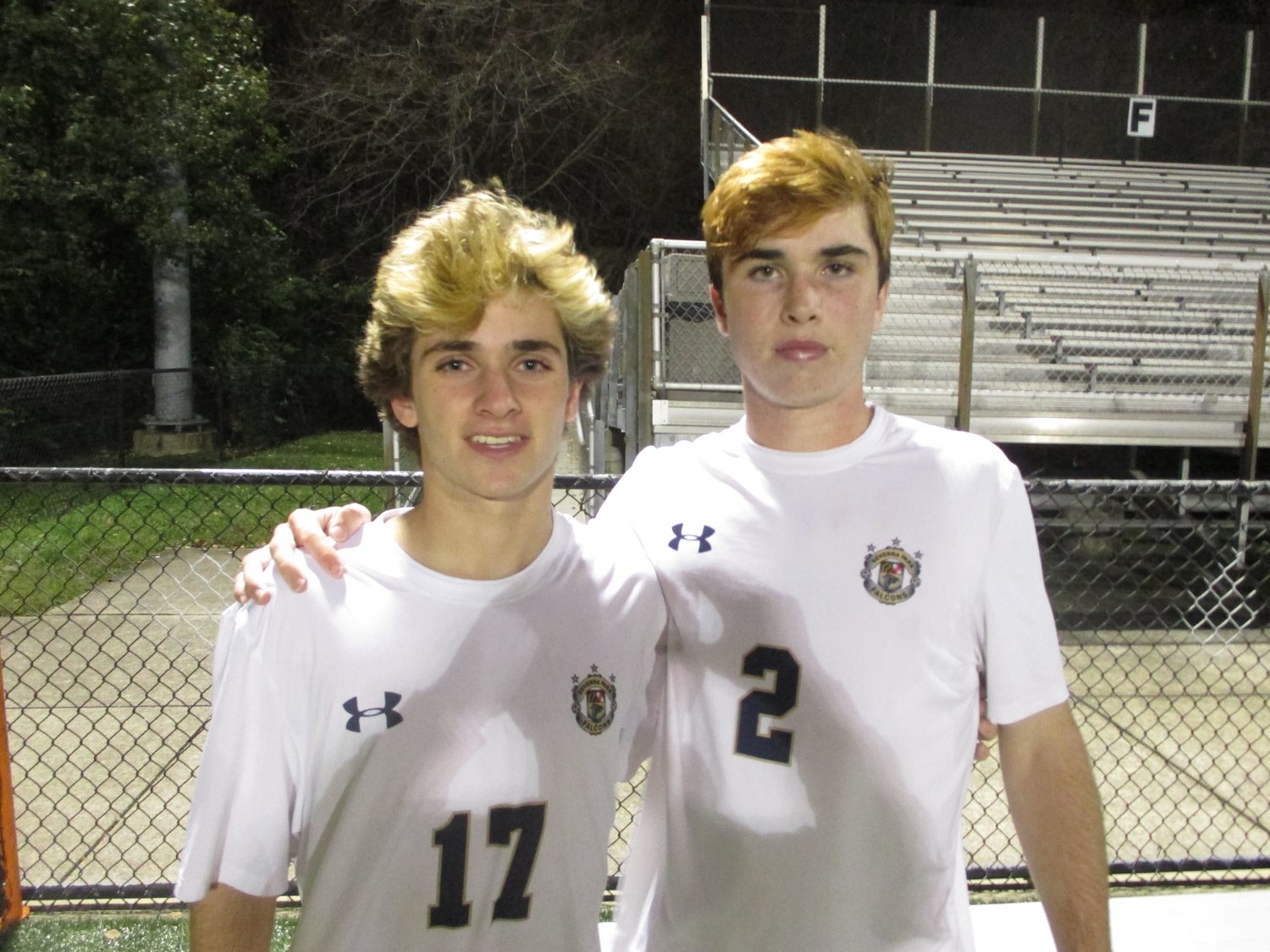 Owen Muldoon always had an affinity for the Severna Park boys soccer program.

Muldoon was a ball boy at games for the Falcons for five years and when he became a student at the school, he made the varsity team.

He just wasn’t a player; he eventually developed into one of the team’s better athletes.

Muldoon, a senior, produced one of the biggest moments for Severna Park in recent years — scoring the game-winning goal against Montgomery Blair (13-1-2) in the Class 4A state semifinal on November 12. It lifted the Falcons to a dramatic 2-1 victory.

“It’s something I have been dreaming about since I was a ball boy for this team,” Muldoon said of scoring a winning goal in such an important game. “It’s such a great feeling.”

That win propelled the Falcons to the state championship game against Bowie on November 19 at Loyola College Maryland at 7:00pm. Bowie is listed No. 13 in the MaxPreps Washington D.C. Metro Boys Soccer Poll.

“I am extremely excited for the boys,” Severna Park coach Ryan Parisi said. “This is where they want to be at this point of the year, and they have earned it. If we play the way we are capable of, we will be in a good spot.”

The site of the state semifinal was Montgomery Blair and that made the victory even more impressive. Final four teams playing at home is unusual.

“It was a huge disadvantage,” Parisi said. “We had to travel. They didn’t have to travel.”

All the scoring took place in the second half.

Severna Park’s Brad Dulin, who finished with two assists, feathered a pass to senior Andrew Campbell, who beat goalie Caleb Johnson from six yards out with 26:09 remaining to give the Falcons a 1-0 lead.

It took Montgomery Blair only 15 seconds to answer. Junior midfielder Oscar Rivas scored on a shot to the upper right corner.

Then with 18:34 remaining, Muldoon scored his memorable goal. He headed Dulin's corner kick into the back of the cage from right out front to spark a wild celebration.

“Brad delivered a great ball, and I went up and won the header,” Muldoon explained.

Montgomery Blair made a push for the equalizer down the stretch.

Severna Park senior goalie Peter Saunders did his part to help the Falcons keep the lead.

On two corner kicks, Saunders snatched the ball when the ball came into the box and on the other one, he knocked the ball out of danger.

He also made two saves in the final seven minutes.

“He did a great job in the air especially later in the game when they [were threatening],” Parisi said.

Montgomery Blair had the better part of the play in the first half, putting a lot of pressure on the defense of Muldoon, Henry Saunders, Evan Souder and Andrew Handen.

“We could have had the ball more,” Dulin said. “But at the end of the day, we got the job done.”