With Winter Sports Canceled, Athletes Make Lemonade Out Of Lemons 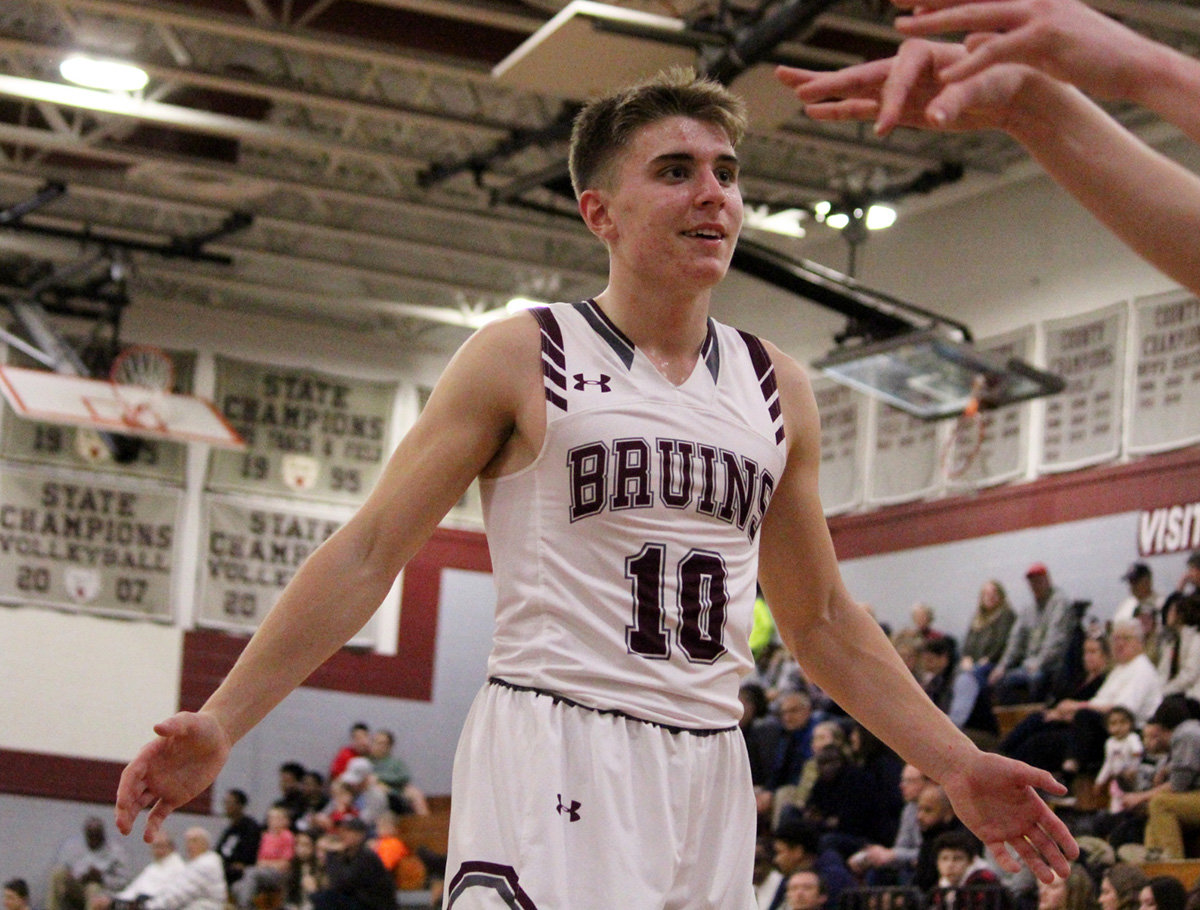 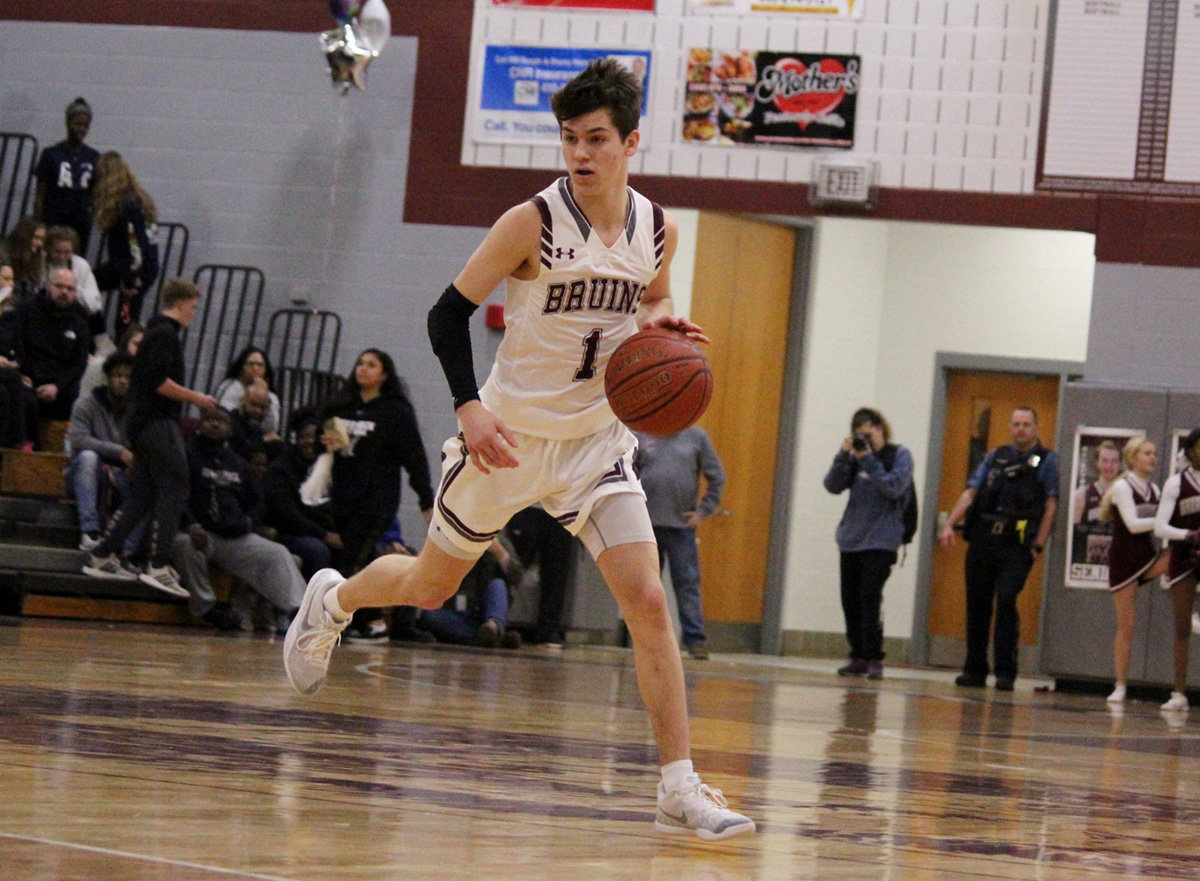 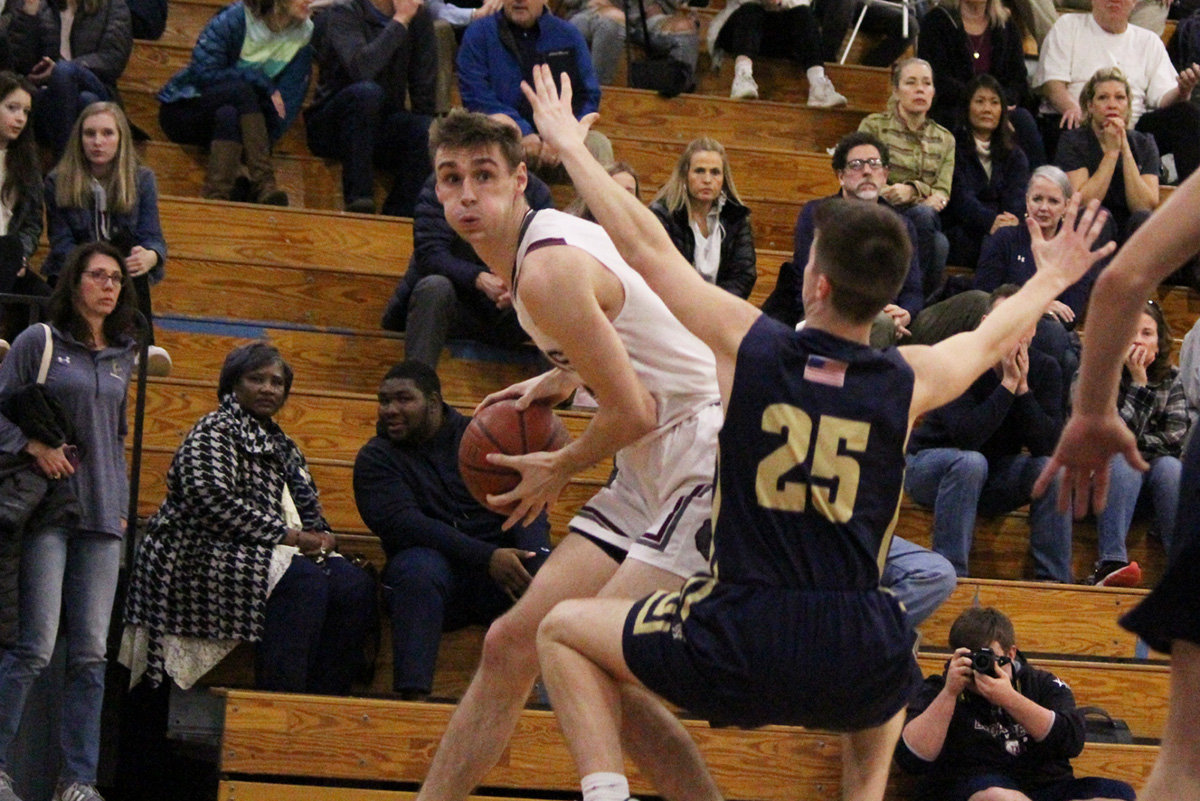 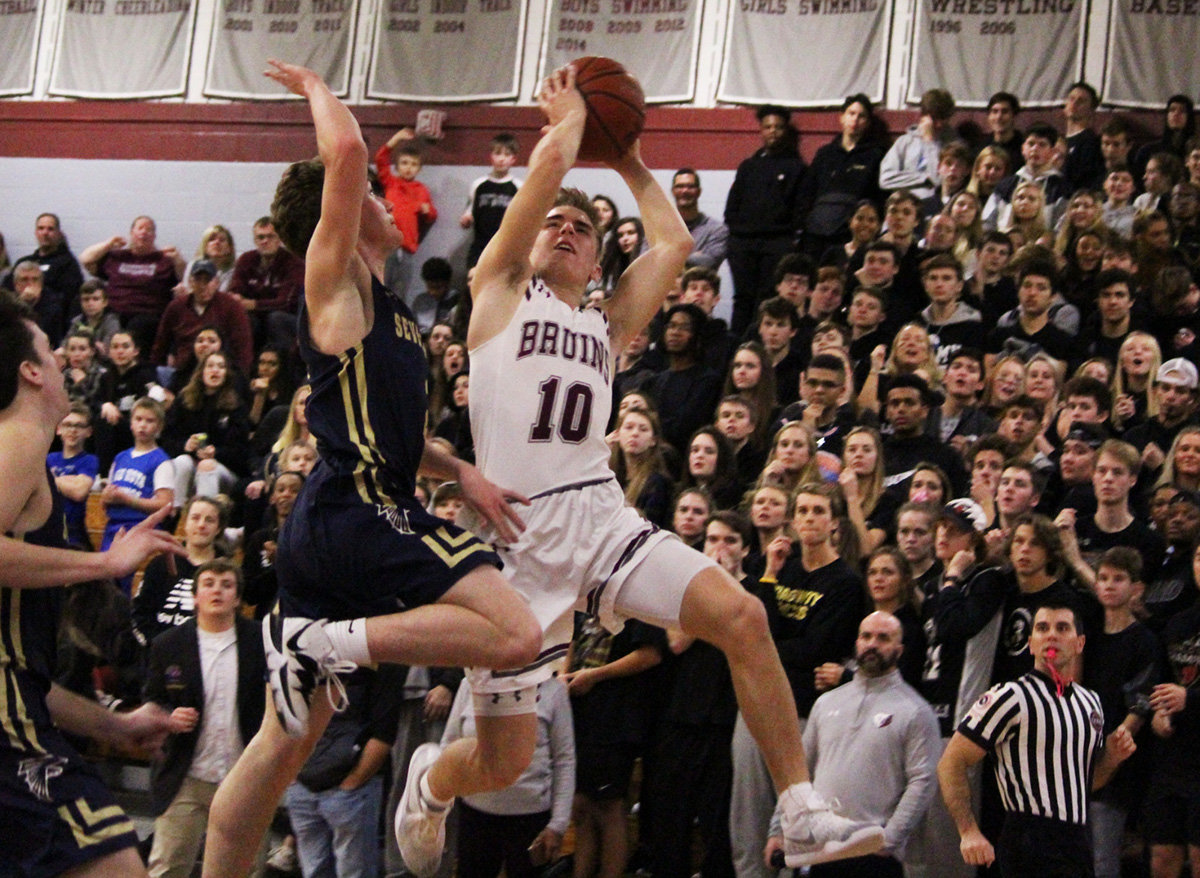 The Broadneck and Severna Park high school basketball teams did not realize at the time that their game on January 24, 2020, would be one of their last for over a year.
Photos courtesy of Dennis McGinley
Previous Next
Posted Wednesday, March 10, 2021 7:48 am
By Alex Murphy

When the sports world shut down in March 2020, high school winter sports in Maryland were ending.

Maryland Public Secondary Schools Athletic Association (MPSSAA) state tournaments were canceled as a precautionary measure due to the rise of the COVID-19 virus, but the offseason preparations had begun and the expectation was that the virus would be a problem for a few weeks.

Weeks turned into months and those preparing for the 2020-21 Maryland high school winter sports season now had to face the possibility of entire seasons being canceled.

“If you told me last March that we would have missed our season, then I would have been very, very shocked,” Broadneck High School varsity boys basketball coach John Williams said.

Severna Park and the surrounding areas were in the middle of the COVID crossfire, as winter seasons for Anne Arundel County public schools started virtually in early December 2020.

In what turned into a winter sports season with no sports as the season was canceled outright in late January, coaches and players made lemonade out of lemons.

“I just kept my girls engaged, being optimistic,” Broadneck High School girls basketball head coach Juan McKinney said. “I said, ‘We’re gonna play. Just keep your mind ready.’ They were already upset, so I stayed positive and kept them ready if there was going to be a season.”

Emersyn Kelter, a senior on the Severna Park High School girls basketball team, was among the athletes who were devastated. Kelter worked all summer and fall to improve her skills only to learn that her hard work would not be “put to use,” as she explained.

The loss of winter sports affected her not only athletically but socially and academically, she said, as she lost her drive and determination that often transfers from athletics to the classroom.

“Seeing my teammates every day last year made us create a bond that was different from any other team that I have ever experienced,” Kelter said. “This year, we saw each other twice a week over Zoom. The bond just isn’t that same. I look back on pictures and memories from last season and think about how good of a team we could have been this year if we were just given the chance.”

It took time for players to fully understand the severity of the pandemic as other states across the country were playing in empty gyms with masks on and proper health and safety protocols in place.

“Some of them couldn’t wrap their heads around it,” McKinney said. “That was another reason why my coaching staff and I continued to keep the team optimistic about the situation. We couldn’t worry about why we weren’t playing. We could only worry about what we could control.”

McKinney and Williams were relegated to Zoom for team meetings during the virtual season period, but both found ways to incorporate live basketball into the mix.

When summer turned to fall, Williams turned to his assistant coaches, who helped organize a team to participate in an outdoor league and attend showcases in the region, stretching from Virginia to Pennsylvania.

Through the virtual season, the Zoom meeting didn’t consist as much of hard-nosed basketball talk as it did talking about life and checking in on players.

“My role was to be there for my players if need be and to check in with the guys that they’re doing OK mentally and academically,” Williams said.

When conversation did turn to basketball, workouts were much more individualized than ever before.

Without in-person practice, the players had to take it upon themselves to try to improve on their own time, a concept that took longer for some to grasp, but it worked in the end.

“I saw [the virtual season] as an opportunity to get better,” Williams said. “I’m a big proponent of individualized workouts in the offseason, so it was a challenge for some, but largely beneficial for all.”

It was a roller coaster of emotions for all involved, but even for those who couldn’t truly accept the fact that a season was taken away, they did all they could to normalize the situation.

“During our last virtual session, the girls talked about all the things they learned throughout the entire process,” McKinney said. “That was more gratifying to the coaching staff because they were engaged. That’s all you can ask for.”

As for the seniors, with their final season stripped from them, coaches made sure to make it as worthwhile of a virtual season as they could, all things considered.

“I felt the need to have conversations with them periodically just to make sure that they recognized the reality and just to support them,” Williams said. “I didn’t want them to dwell. I wanted them to focus on the positives.”

Now, preparations have begun for the 2021-2022 high school winter sports season and there is a newfound sense of hope among coaches and players.

Millions of COVID-19 vaccines have been distributed to Americans across the country and signs are pointing toward the green light once November and December come around.

“As a coaching staff, we’re going about business as if we had a full season,” McKinney said. “We’re just focused on next year and preparing these girls for the summer. We’re going to get the girls playing as much basketball as we can.”