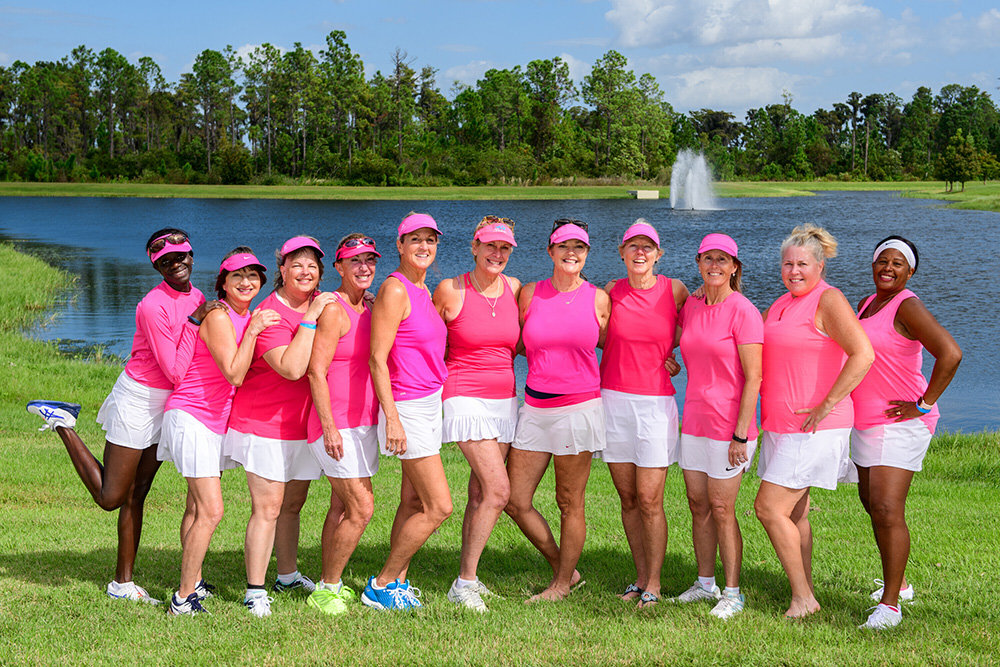 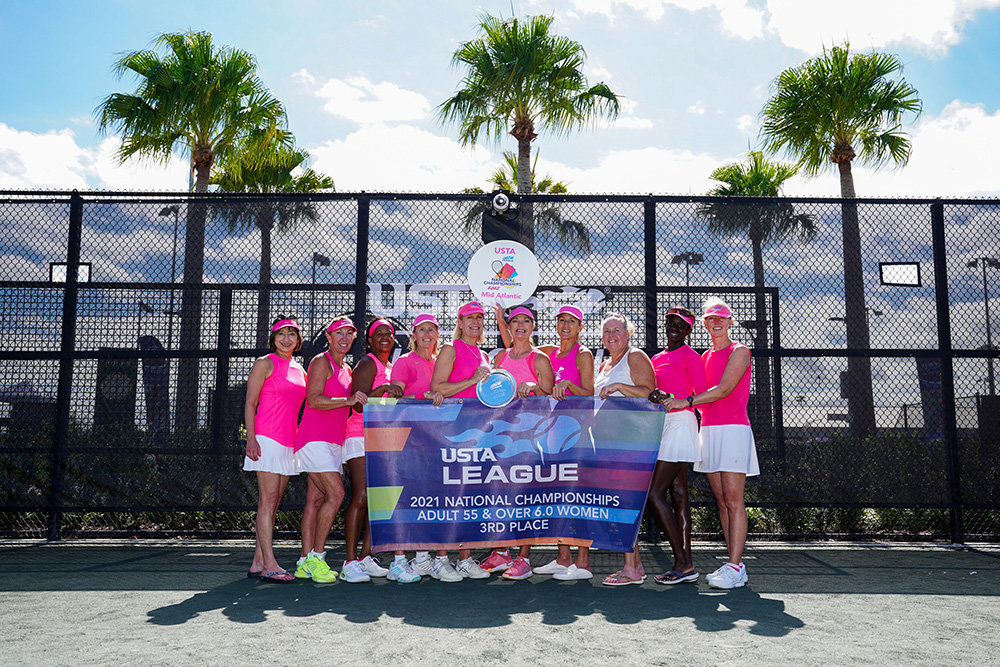 “All of the players on our team are at least 55,” McGowan said. “The average age was at least 60 years plus, and that’s all I will divulge.”

Taking up tennis in their mid-40s, Epstein and McGowan have both played tennis for about 15 years.

“Annapolis has a diverse group of players, and we were just lucky to all come together,” McGowan said.

Their road to nationals began by winning locally in Anne Arundel County this past summer. In September, the Mid-Atlantic Women’s 55-plus 6.0 team went to the Newport News sectional tournament, competing against teams from Virginia and Maryland before qualifying to compete at the USTA national championship tournament.

“A total of 15 sectional teams competed for the honor of placing in the top four ranking teams from across the country,” Epstein said. “Mid-Atlantic is the section that our team represented, which includes Maryland, District of Columbia, and Virginia.”

Since they ranked fourth overall at the end of the second day of competition, they had the honor of competing in the semifinals and finals, coming in third after the final match. The national tournament took place on October 29-31 in Orlando, Florida.

Once at nationals, McGowan said, “Competition was tough, playing against the top teams in each of the USTA sections.”

Epstein and McGowan’s team practiced at several tennis courts in Anne Arundel County and look forward to being able to practice at the new tennis facility in Millersville when it’s completed.

“Our team enlisted the help of Cathy Officer, who is a varsity boys and girls coach at Severn School,” Epstein said. “Cathy helped us to practice drills together as a team and helped get us ready for the two tournaments we competed at.”

“Several of our team members had the privilege of also competing at the national level in 2019. We hope to be at nationals again next year,” McGowan said.

USTA is a national nonprofit organization committed to promoting tennis and its physical, social and emotional health benefits. Learn more at www.usta.com.