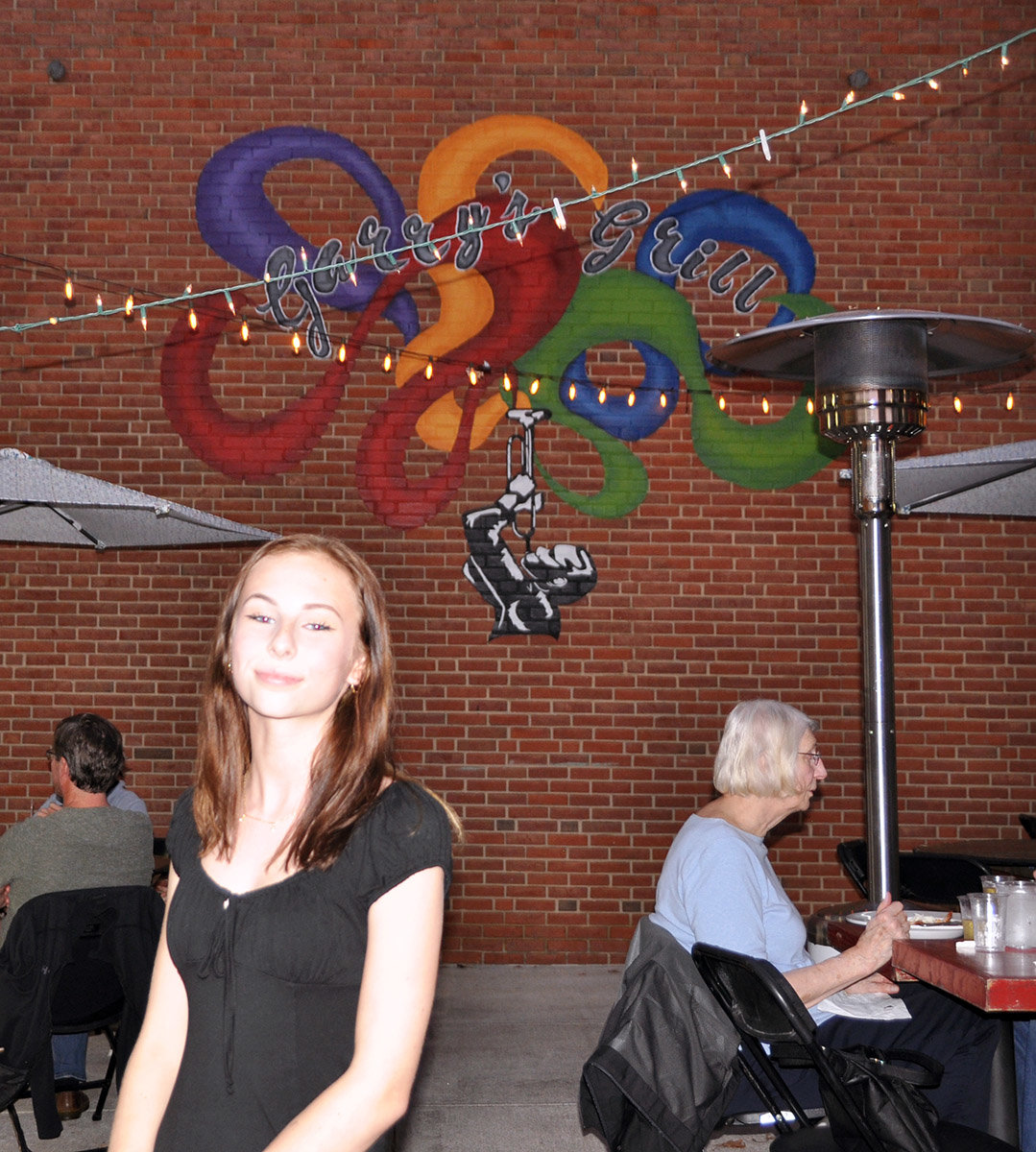 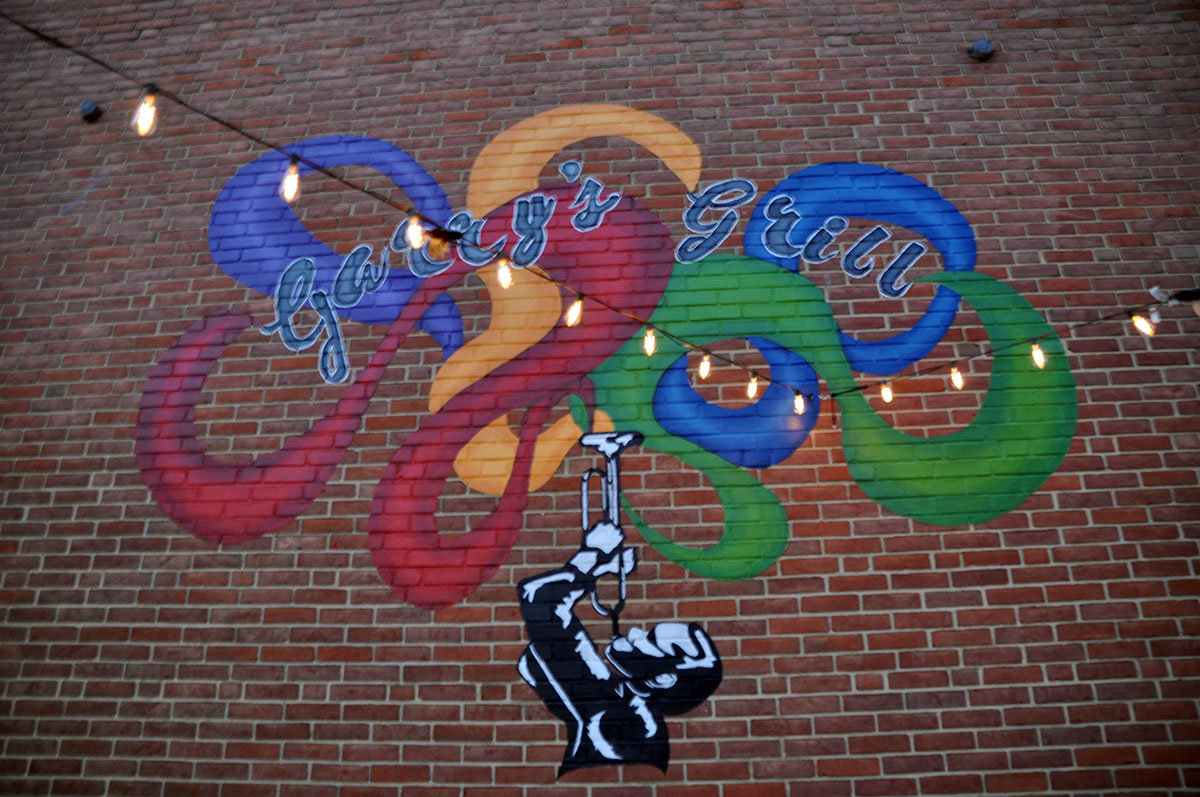 Fourteen-year-old artist Madelynn “Maddy” Creswell frequently uses paper or limbs when she needs a space for drawing, but she was offered the opportunity this fall to display her work on her biggest canvas yet: a brick wall outside of Garry’s Grill.

Maddy completed an 11-by-15-foot mural in October, showcasing her work for all to see. A freshman at Severna Park High School and a busser at Garry’s Grill, Maddy was astounded when restaurant owner Eddie Conway offered the wall for her art, and she was overjoyed to see patrons chatting about her work during a celebration on October 21.

“It’s crazy to be able to go to the place that I work and see it out there and see people talking about it, like how amazing it is,” she said. “It makes me feel really proud. It makes me feel like I’ve done something big.”

Maddy’s concept for the mural came while watching “The Princess and the Frog,” an animated musical made by Disney. She sketched a design on her iPad, got it approved by Conway and then got to work in September.

“I thought about New Orleans and just the family aspect of how music brings people together,” she said. “I thought about a trumpet player and things coming out of the trumpet, and I thought if I did music notes flowing out, it seemed like when you look at it, it matches the theme of the restaurant and it makes you feel happy.”

Maddy wasn’t the only person thrilled with the result. Conway explained that he has known the Creswell family for about 20 years, since his days as a server at Garry’s Grill, and he trusted Maddy because of that family relationship.

“If you’re talented, it doesn’t matter your age,” Conway said. “She deserved the opportunity, and it’s better than my wildest dreams could have expected.”

A self-taught artist, Maddy has been drawing since age 5.

“Everything she has done has been phenomenal,” said Maddy’s mom, Melody Creswell. “She has gotten in trouble for being bored in school and for drawing on her leg … and we laugh about it because I have pictures of her legs covered, and that’s always been her escape. That’s her being herself. I’m proud of her for being proud of herself.

“Ultimately the thanks go to Eddie for being so welcoming and being so family oriented that he’s willing to incorporate that,” she said.

Maddy praised Conway as a “genuinely good person” and for always giving people opportunities. She also said her parents’ support has been instrumental in her growth as an artist. Her dad, for example, was on scaffolding, helping to project and trace the design.

Whatever comes next for Maddy, her belief in her skills will be an asset.

“It’s awesome that Eddie gave her the opportunity, and he has no idea how much it has increased her self-confidence in art,” Melody said. “We’re just so excited for her.”