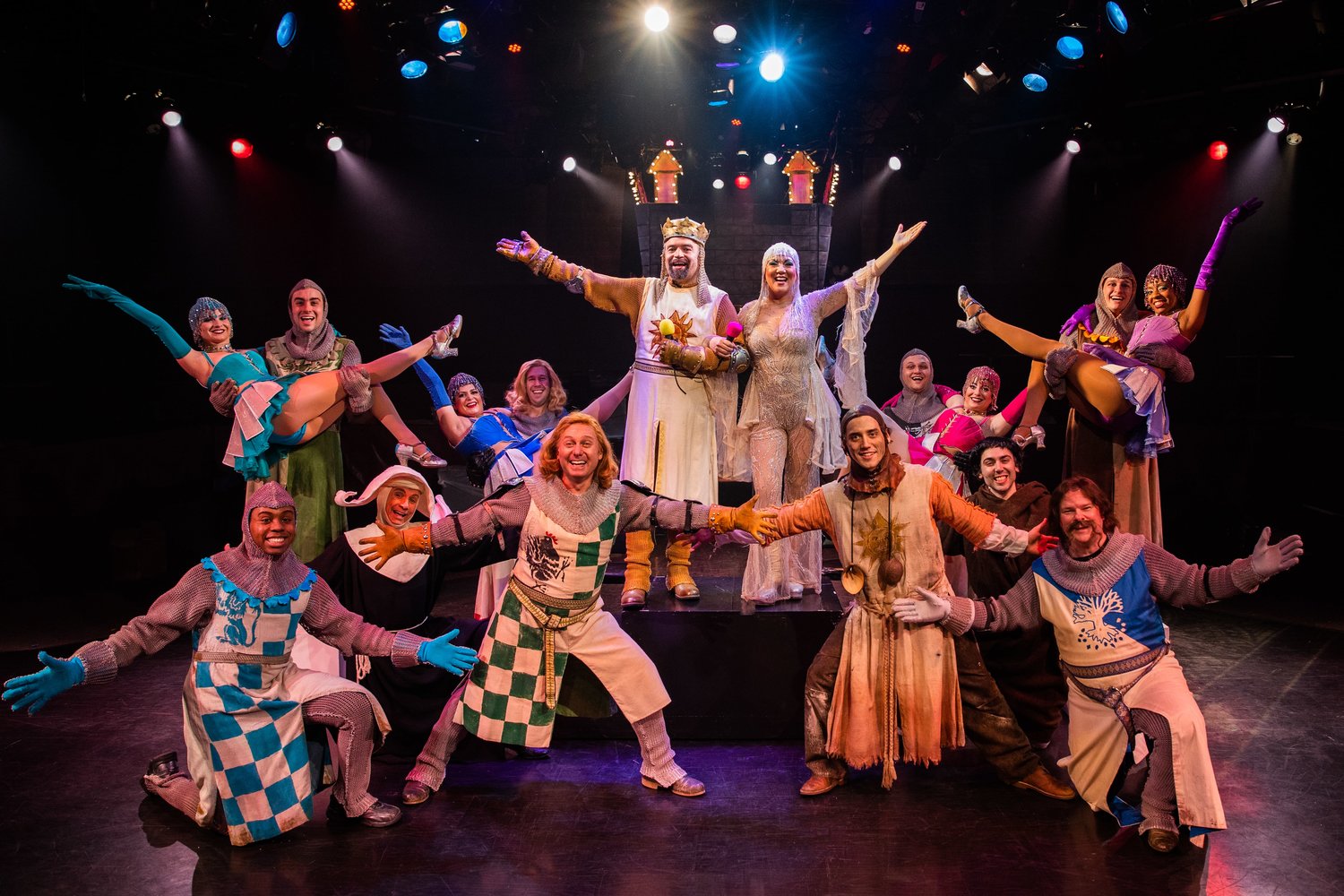 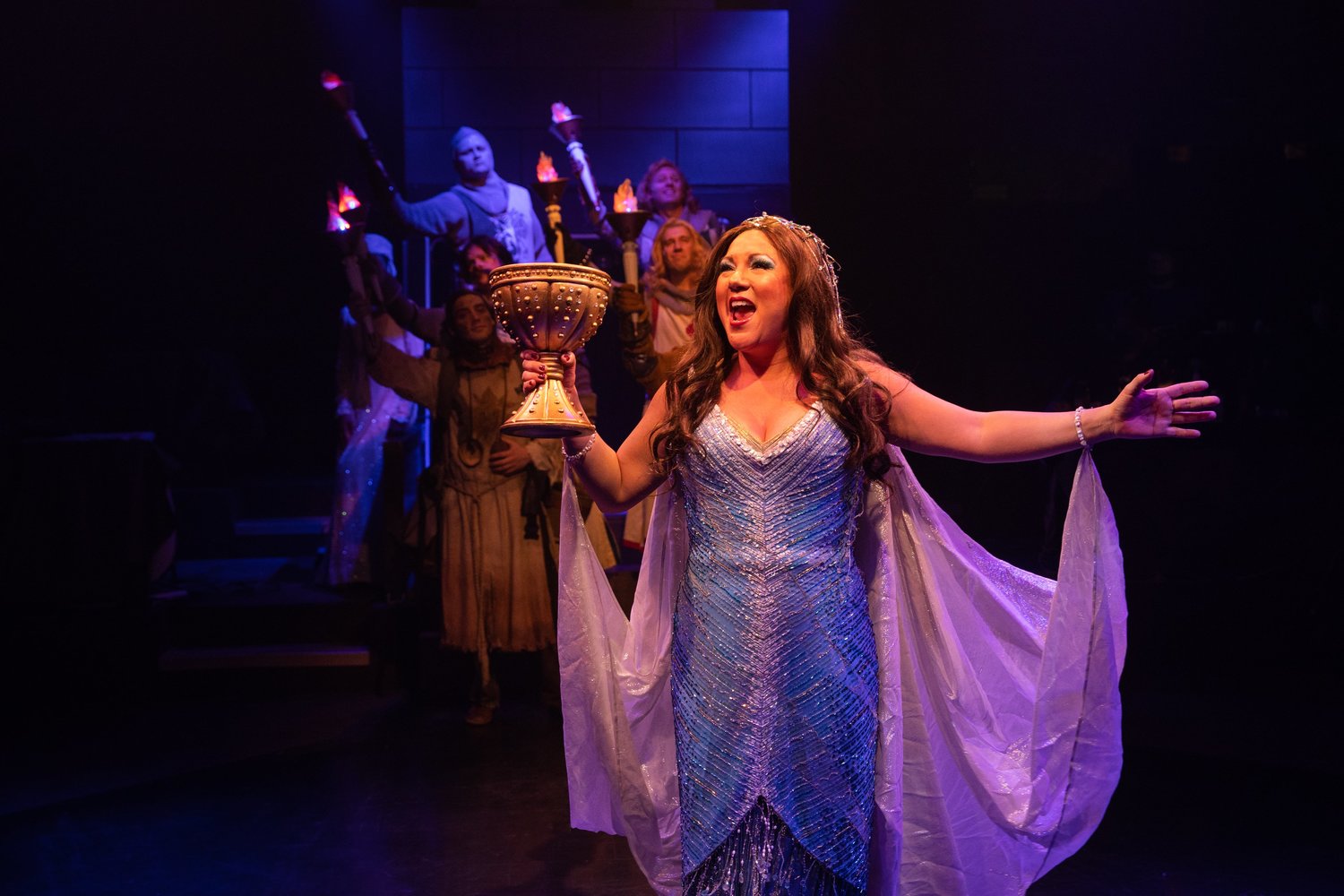 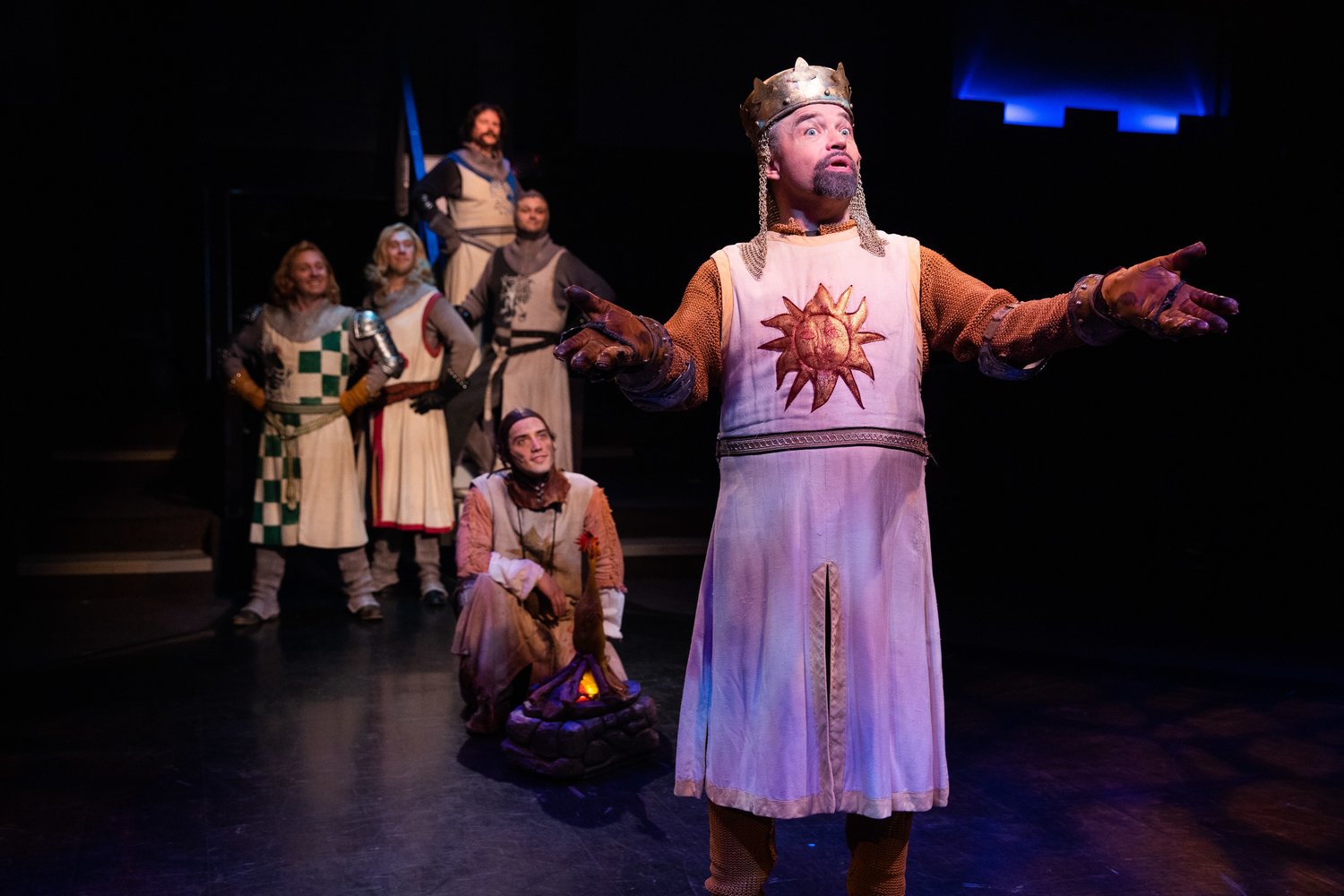 Lovingly ripped off from the classic film comedy “Monty Python and the Holy Grail,” the production of “Monty Python’s Spamalot” retells the legend of King Arthur and his Knights of the Round Table, and features a bevy of beautiful show girls, not to mention cows, killer rabbits, and French people.

The 2005 Broadway production won three Tony Awards, including Best Musical, and was followed by two successful West End runs and six years touring the U.S and Canada. The outrageous, uproarious, and gloriously entertaining story of King Arthur and the Lady of the Lake will delight audiences as they search for the Holy Grail and remind us to “always look on the bright side of life.”

Returning to the Toby’s stage to portray the roles of Sir Lancelot, the Knight who says NI and the French Taunter is Adam Grabau, who performed these iconic roles over 900 times, for four years, with the national touring productions.