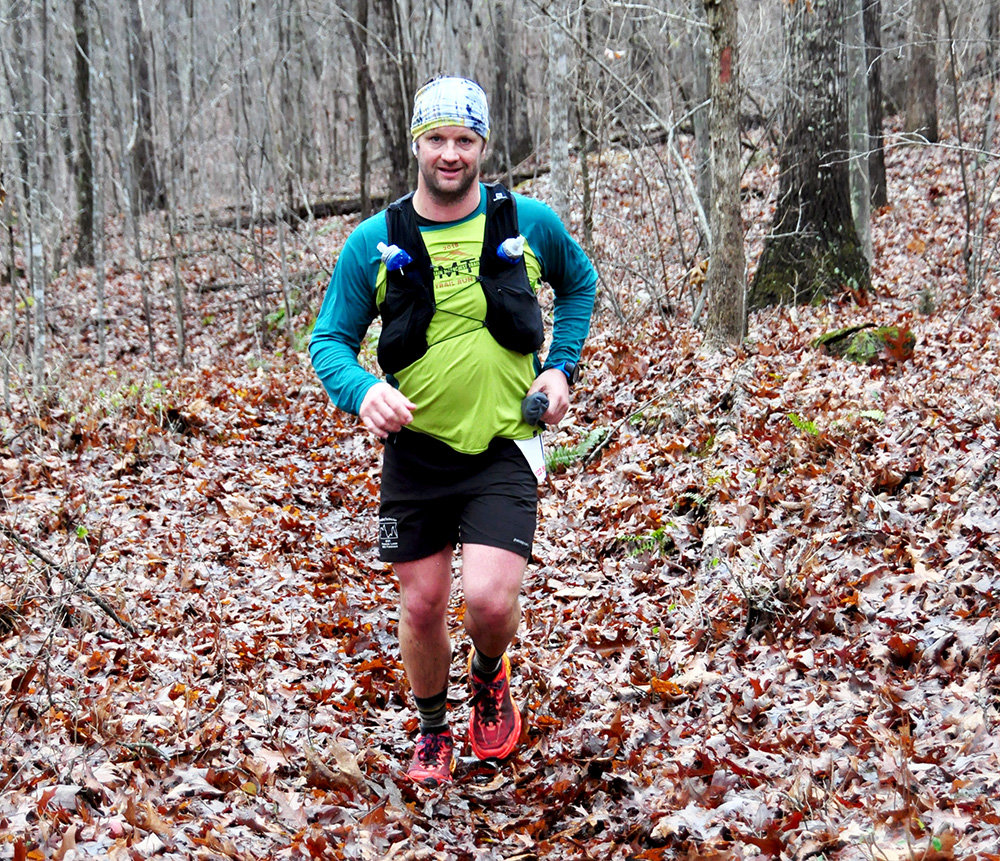 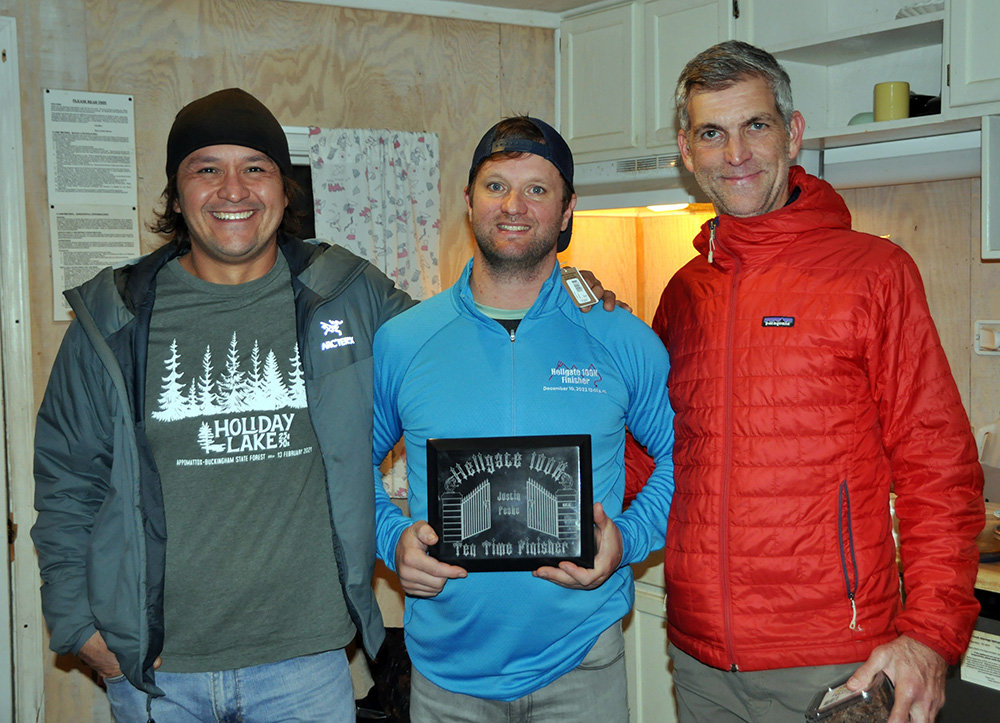 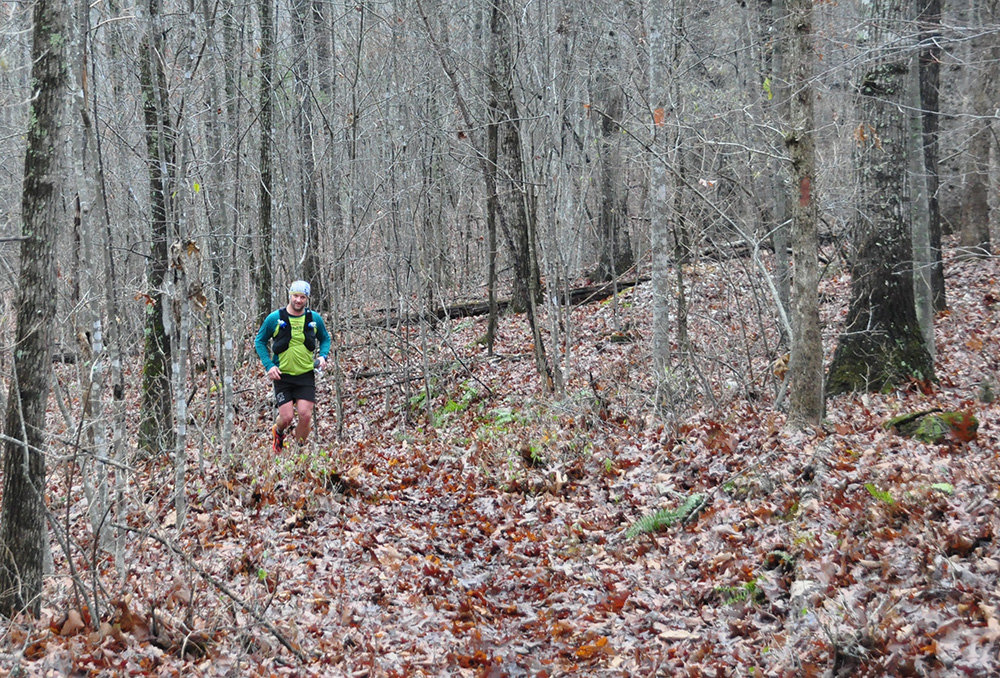 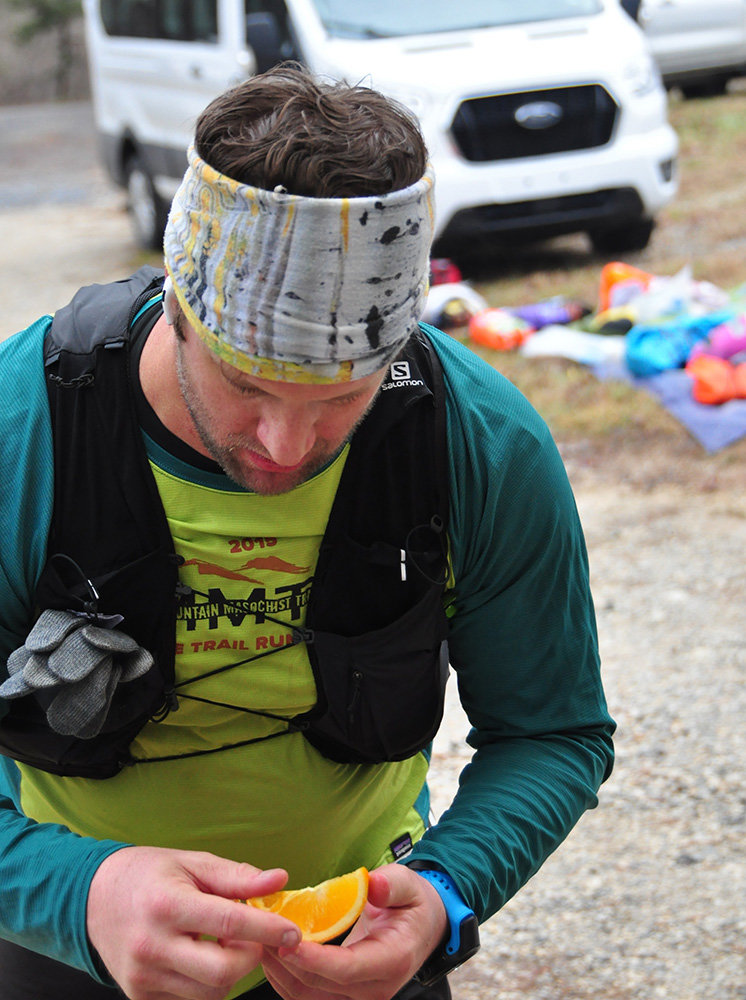 Justin Peake joined 140 fellow runners in belting out the national anthem at midnight in the mountains of Virginia on December 10, 2022.

A minute later, Peake began a race that’s deliberately designed to challenge even the most hardened endurance runners. Although the title of Hellgate 100K is intimidating enough, it doesn’t convey the full scope. The race, which winds through Blue Ridge Mountain terrain before its finish line at Camp Bethel in Fincastle, Virginia, is actually longer than 100K. Hellgate’s course is a fitting 66.6 miles.

The unique start time and challenge of Hellgate were nothing new to Peake. The Chartridge resident not only completed the race, but he also finished it for the 10th consecutive year as he crossed the finish line more than 17 hours after setting off in the dark.

“I think doing these endurance endeavors make you look at yourself, and they make you deal with certain things,” Peake said. “If you have any self-doubt, it will show itself during the race.”

The 42-year-old Peake was born and raised on the Eastern Shore of Maryland before settling in Severna Park with his family in 2018. He’s currently vice president of a company that enhances efficiency and performance at nuclear and fossil power plants.

Peake had a two-man crew comprised of friends Carter Swamp and Stacin Martin to assist him during Hellgate. The pair paced Peake on certain portions of the run and helped transport supplies to and from the nine aid stations. These stations provide runners a chance to warm up by a fire, grab food and drinks, change clothing items, and greet family and friends. Swamp and Martin also provided conversation to give Peake a change of pace from live jam band recordings such as Phish, Dave Matthews Band and Dead & Company that he listens to while running.

“What impresses me most about Justin’s 10th finish is his absolute dogged perseverance,” said Swamp, a Virginia Beach resident and Hellgate veteran. “He plans well, he trains well, then he puts it all into motion no matter the conditions or, more importantly, how terrible it feels.”

Peake’s engineering mindset and attention to detail were on full display hours before the race as he went over a chart he made to detail his previous best splits at each of the aid stations, along with his average ones and his worst. He even had his optimal caloric intake for different portions of the course down to a science.

Before the runners began, race director and founder David Horton spoke to the athletes and told them he had to turn away 71 Hellgate hopefuls this year, more than ever before.

Horton, an established endurance athlete himself, has logged more than 100,000 miles of running and once held the speed record for completion of the Appalachian Trail. A full-length movie, titled “Extraordinary,” was made about his life in 2017. So, being hand-selected to participate in Hellgate by somebody with the running chops of Horton means something.

“Be thankful that you’re here,” Horton told the runners. “It’s a family affair, we’re all in this together. This is special, this is cool.”

Horton wasn’t overplaying the family part. Unlike some competitions, there was no trash talk, other than perhaps from Horton himself, who wondered which runners would win the stupid and best blood awards, given for the dumbest mistake on the course and for the best bleeding injury from the race, respectively. Runners were constantly seen encouraging each other to keep pushing, and the communal sense was evident, even amongst the spectators.

“There’s a lot of camaraderie out there, and it’s not necessarily you vs. the course either,” Peake said. “It’s this kind of fellowship, it’s this oneness with being out in nature and running, and you feel privileged to be out there.”

Although milder weather, at least for December, was in the forecast, things changed about 45 minutes into the race.

“The conditions were pretty challenging this year with the rain for many hours, and it had been raining all week,” Horton said. “It was slicker and muddier than I have ever seen it.”

The latest Hellgate also featured the lowest finish percentage of racers since 2017 with 84.4% finishing the complete course.

For Peake, the toughest portion of the race was between miles 14 and 24. This section of the run started for Peake around 3:00am.

“You’re fully in it now, you’ve gotten kicked in the teeth, you’re feeling it and you’re tired, and really you start to kind of question during that section,” Peake said. “Your race can unravel there really quickly.”

Luckily for Peake, his mind was up for the challenge.

“At some point, it’s the mental side that takes over,” Peake said. “The greatest distance to overcome is the six inches in-between your ears. It’s true for running for me.”

Peake did overcome that space. After the final aid station, he ran a climb up more than two miles and crossed the Blue Ridge Parkway. Before starting the final stretch back down, he gazed behind him and gave a bow of gratitude to the course that’s challenged his body and mind for the past 10 years.

As Peake ran the last 100 feet of the course, his 9-year-old son, Henry, accompanied him across the finish line as his wife, Emily, newborn son, Oliver, and father, Bill, cheered them on.

Peake credits his family and friends, who drove to different aid stations throughout the course to see him, for providing an extra boost.

“Sometimes, as I’m running from these different aid stations, you start to feel quite a bit of discomfort, pain, and you start thinking about all kinds of random things…,” Peake said. “Then you see your family there, and it just kind of fills your cup up a little bit. It was nice because I was able to absorb that energy and those types of feelings to help me continue on.”

Peake, who doesn’t usually limit his endurance races to Hellgate, is slated to try his hand at directing a race in November at the 13th iteration of the Rosaryville Veteran's Day 50K in Upper Marlboro, Maryland. The race is presented by the Annapolis Striders, which makes it a full-circle moment for Peake.

Peake’s father is an accomplished long-distance runner himself and was part of the nonprofit Annapolis Striders when Peake was growing up.

His cross country coach at the University of Maryland was also a member of the Annapolis running organization.

The November race that Peake will direct is expected to feature plenty of new racers.

“I’m excited about being around a new generation,” Peake said.

As for the future, Peake knows he wants to be involved with Hellgate, but he hasn’t hashed out what that will look like. He knows he’d love to give back by working at an aid station during the race.

“I thought it would be pretty cool to do 10 years of running and then doing 10 years of service,” Peake said. “But it’s a hard race to give up. I’m not sure.”