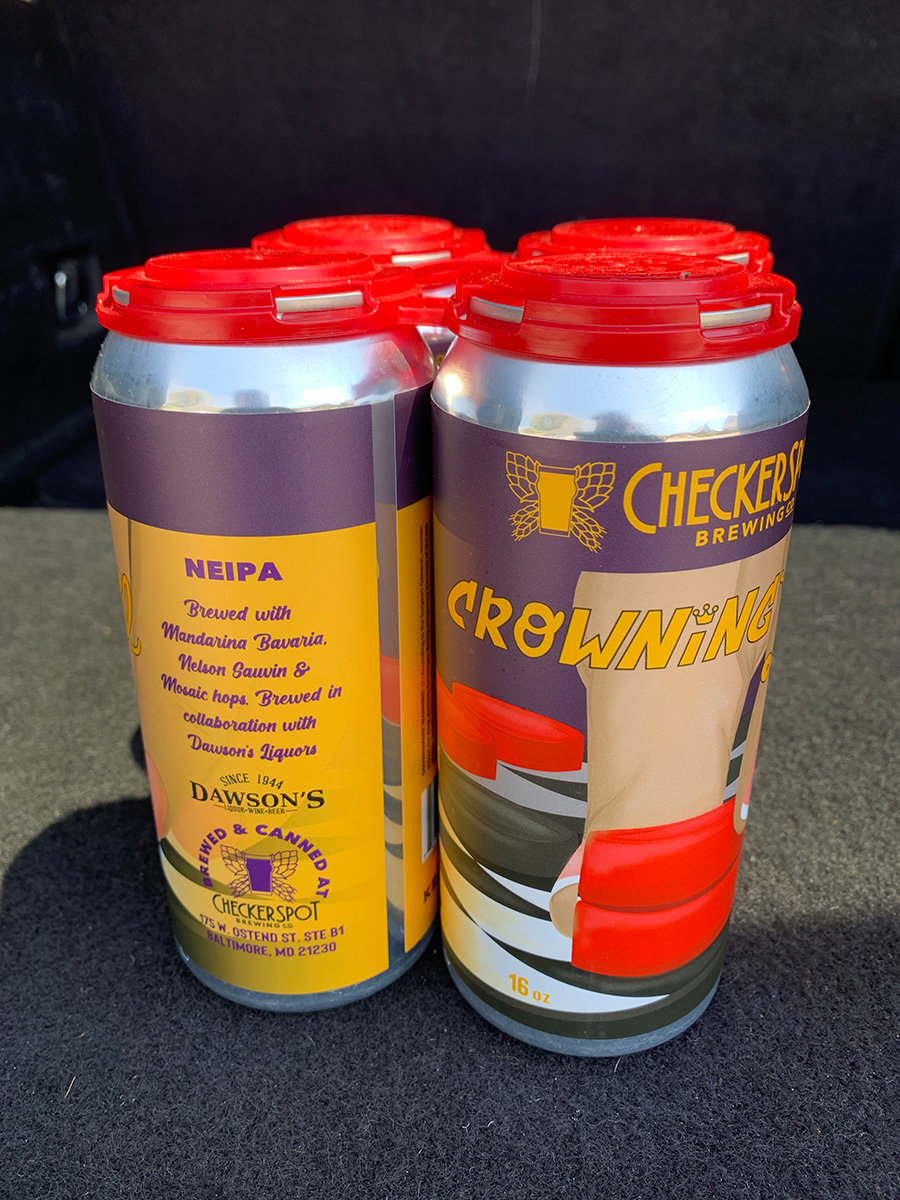 "It all blended perfectly," said Henry Stahl, the beer manager at Dawson's.

Checkerspot Brewing Company, located in Baltimore, began reaching out to liquor stores at start of the pandemic to create local collaborations.

"Right as COVID was happening, the beginning of it, we got a canning machine and basically we've been dealing with the liquor stores instead of being a tap room," said Checkerspot Brewing owner Steve Marsh.

Dawson's, which has partnered with many local breweries in the past, was eager to begin the collaboration process.

Stahl, along with fellow Dawson's employees Nick Cipriano and Josh Shank, traveled to Checkerspot to take part in the brewing process. Their efforts included grinding the grains, cracking the grains in the mill, adding hops throughout the process of making the brew as well as collecting the spent grains to take to the local farmer. That process took about six hours. The Dawson's crew then came back to assist in the canning process.

“Everybody has been really positive about it,” Marsh said about Crowning DL. “Probably one of our best New Englands that we have out now.”

Both Marsh and Stahl confirmed plans for a new collaboration, likely to be released in the fall, with the creation of a barrel-aged sour beer. That next collaboration will center around Checkerspot's newest kettle sour beer, Sip Happens, which is brewed with Earl Grey tea and lemon.

Crowning DL is available for purchase at Dawson's Liquors, located at 589 Baltimore Annapolis Boulevard in Severna Park, and in the tap room at Checkerspot Brewing at 1399 South Sharp Street in Baltimore.

"[Dawson's] has always been straight up,” Marsh said. “They've always tried to support the local breweries. It's always fun to go in there and shop.”