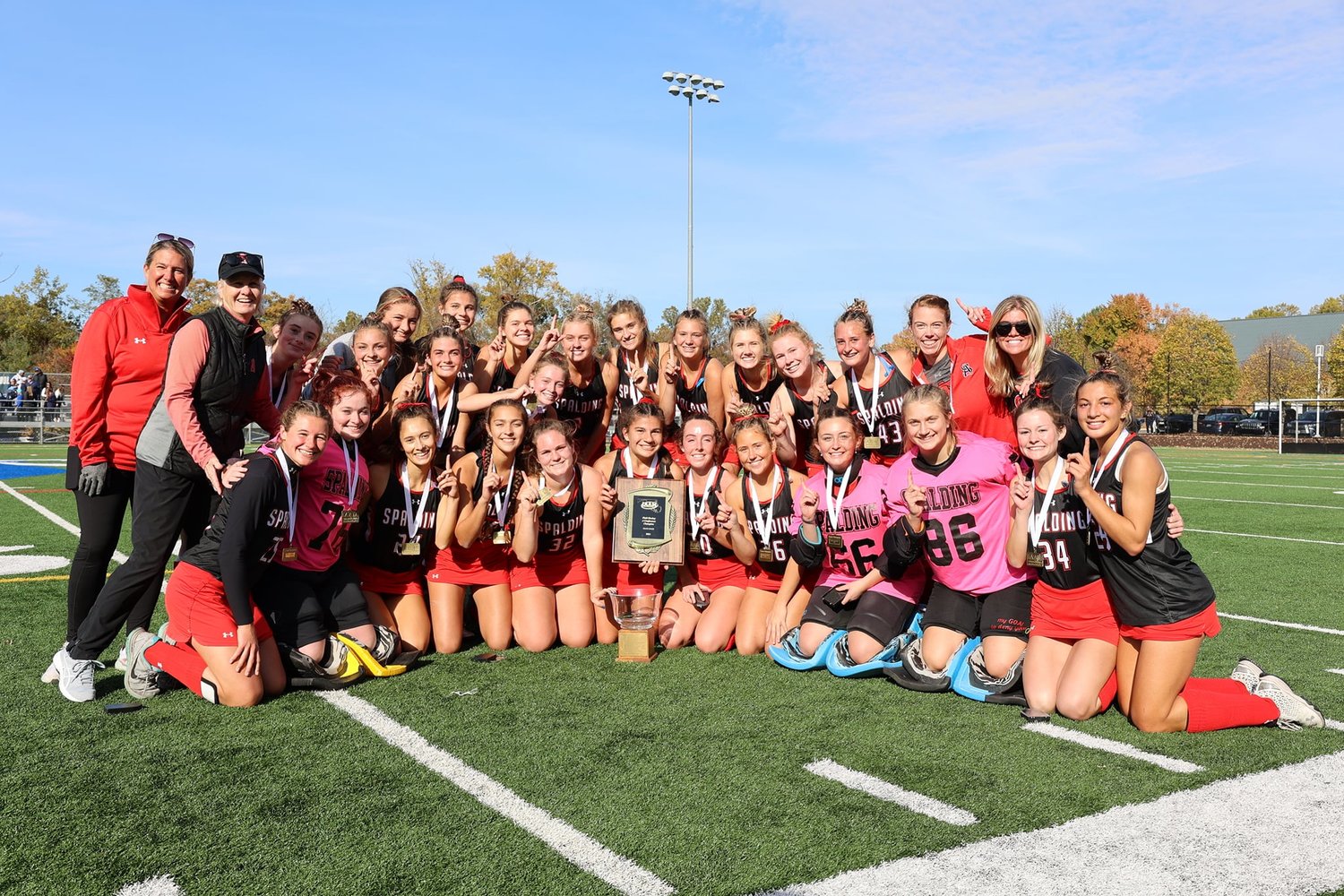 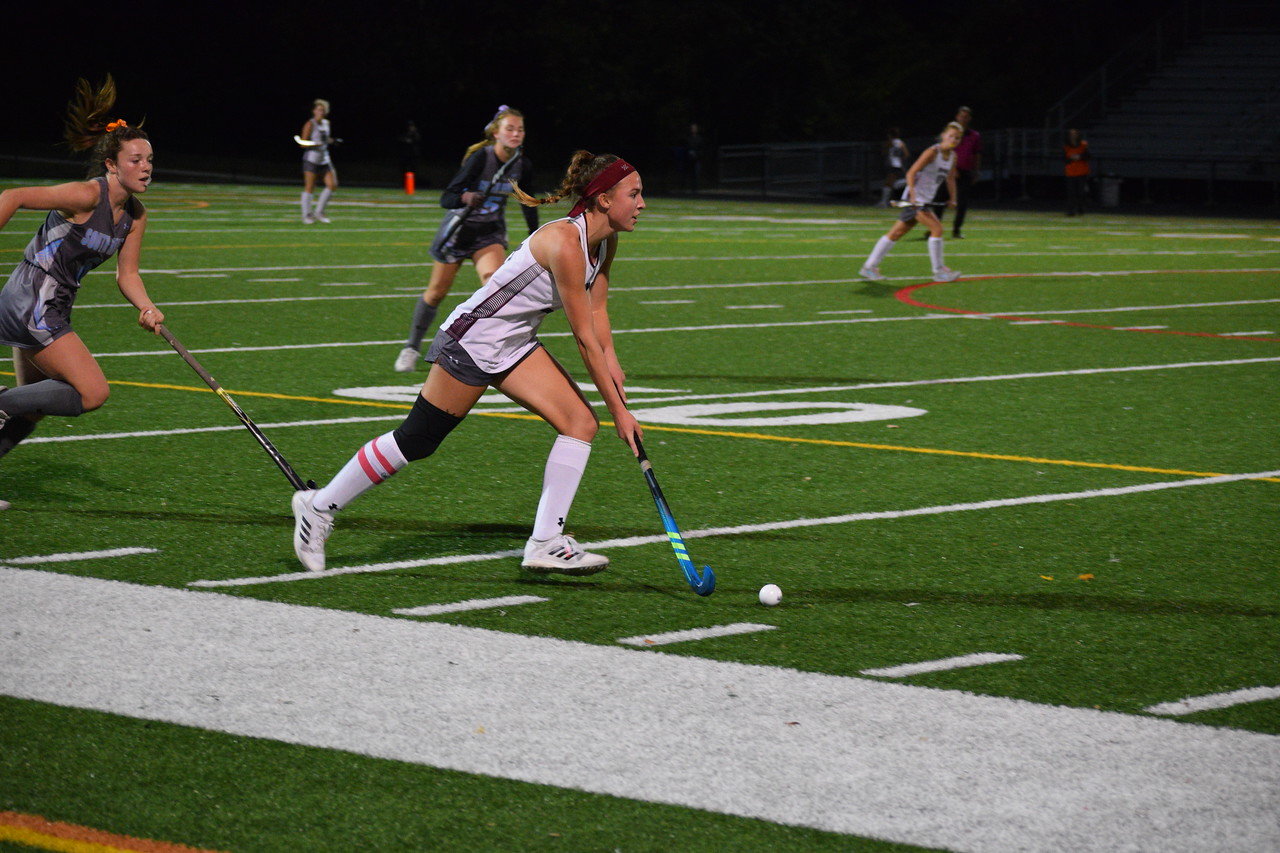 Senior midfielder Maya Everett is a key player on the Bruins.
Photo courtesy of Charlotte Wallace 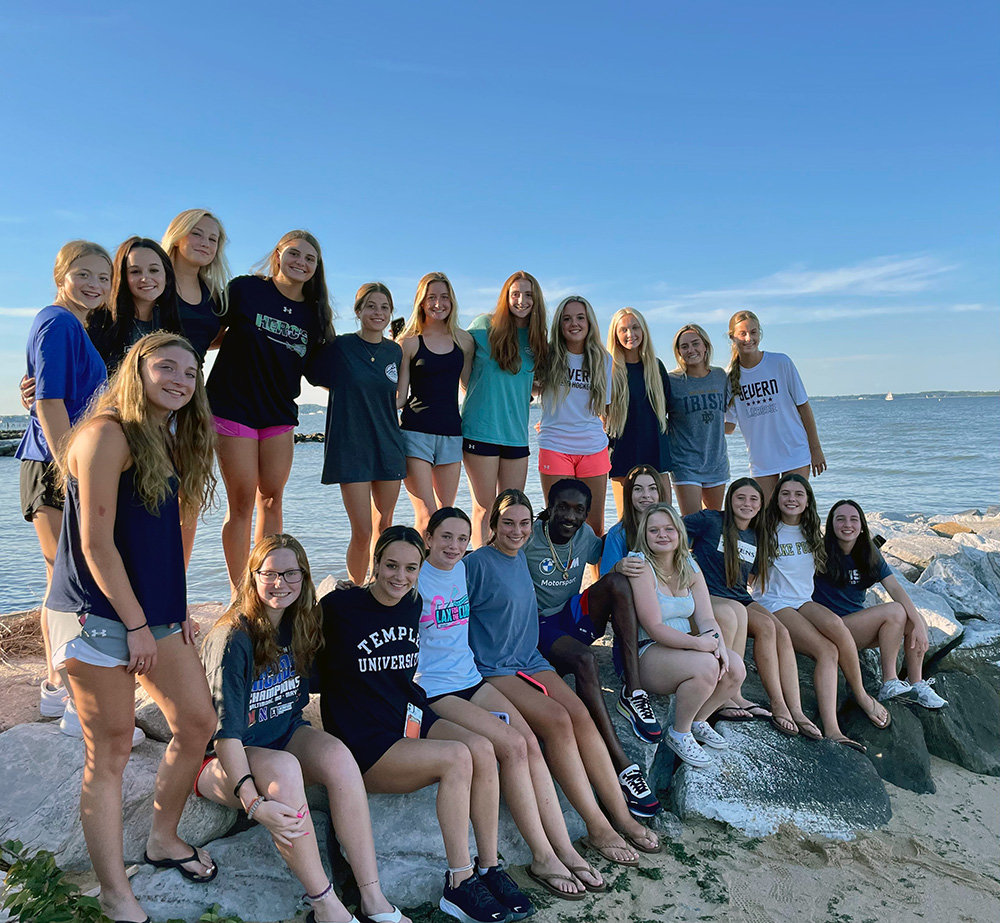 The 2022 Severn School field hockey team went 5-6-2 and made it through the first round of playoffs.
Photo Provided
Previous Next
Posted Wednesday, September 7, 2022 12:00 am
Week 1 Results

Tryouts are done. Rosters are finalized. Field hockey season is officially upon us. Here are season outlooks for Archbishop Spalding, Severna Park, Broadneck and Severn School.

Following a season that ended with Spalding being IAAM A Conference champions, there’s a fitting reason that Leslee Brady, Archbishop Spalding High School head varsity field hockey coach, has a positive outlook for the 2022 season.

“We were an offensive juggernaut last season, scoring 78 goals with 10 against, leading to a 16-1 record culminating with the IAAM championship,” Brady said. “We graduated four Division I players, so we have our work cut out for us, but we will be a very strong team again, returning seven starters, all young players with championship experience.”

Key players for the Cavaliers this year include forward Ally Keith, a senior and the leading scorer from last year with 19 goals, and sophomore Skylar Gilman, a Max Field Hockey player to watch for the class of 2025 and USA U16 team member. The defense will be led by goalkeeper and senior Ruby de Frees, who had 10 shutouts last year and has committed to play at the University of Pennsylvania. Her supporters will include sophomore Jilly Lawn, sophomore Stella Bumgarner and junior Avery Ruckman, who has committed to play at James Madison University. Sophomore Carys Donahue — who played in the AAU Junior Olympics — will be another contributor this season.

“Obviously, the highlight of last season was the championship,” Brady said. “The pleasant surprise was the way in which our freshmen developed so quickly. That’s the reason for such high expectations this year: we have a lot of sophomores and juniors with a ton of experience at the highest level. You blend them in with our senior leadership, and that's a winning combination.”

Brady is supported on varsity by coaches Kelsey Wuest and Logan Edmondson.

Based on Severna Park High School’s (SPHS) 2021 varsity field hockey season — which included a 16-2 record, an Anne Arundel County championship and a Class 4A state championship — the 2022 season looks bright for the Falcons.

“Severna Park has a challenging schedule in 2022,” explained SPHS varsity head coach Shannon Garden, who is entering her fifth season with the Falcons.

“Locally, we think Broadneck and Crofton will be our top competitors this fall,” Garden said. “We think we will be very competitive with these top teams. Our strengths still lie with our defense as we are returning Charlotte Kramer, Meredith Schepens and Ava Drexler-Amey to the backfield.”

Last season, Broadneck High School’s varsity field hockey team had an overall record of 12-5, and they won the 4A East Region II championship. Following the region championship, Broadneck advanced to the state quarterfinals, where they fell 1-0 to eventual champion Severna Park, and the goal was scored on a penalty stroke.

“Team goals this year are to continue to be a competitive opponent at the state playoff level,” said Shannon Hanratty, varsity head field hockey coach at Broadneck. “This team is full of potential and are eager to get after this 2022 season.”

Last year, Severn School’s varsity field hockey team went 5-6-2 and made it through the first round of playoffs, a strong entrance into the A conference. The biggest wins of the season were against Indian Creek School (8-0) and Saints Peter & Paul High School (8-1). However, the most coveted game was a big win on the road at St Mary’s High School.

“We’re excited to have Gio leading our field hockey program,” said Severn School Athletic Director Julian Domenech. “In the process of searching for a new coach, his name was sent to me by various individuals in the field hockey world. He loves the game, and this has been evident during the first week of practice.”

When asked who his key players will be, Gordon noted senior Erin Hooper, a striker, and junior Victoria Miller, who typically plays attack and midfield. Senior captain Skylar Kagan is best described as an “all-arounder” because she can play anywhere, according to Gordon.

“A big goal for the season is togetherness,” Gordon said. “If the team is closer, we’ll be very successful this season. Talent wise, we’re very blessed with that this year.”

Best of luck to all the teams competing this season.