All Teams Have Inexperience And Need To Replace Star Players, But Optimism Is High 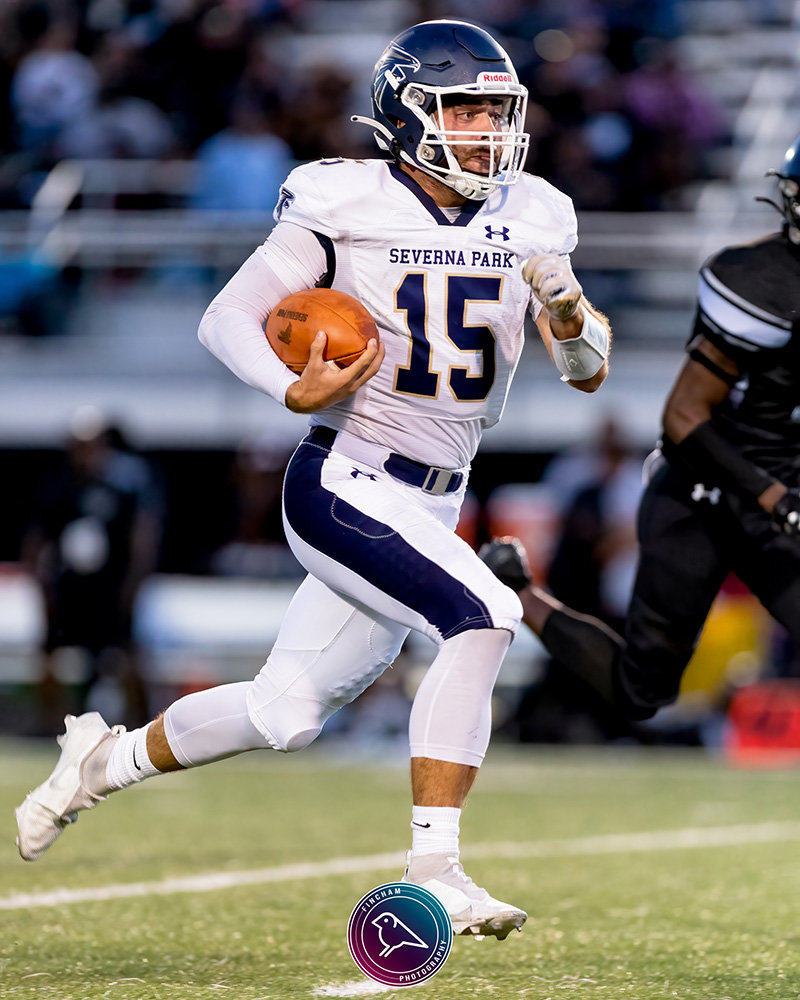 Severn over Maryland School for the Deaf, 35-32

To prepare for their 2022 football seasons, Archbishop Spalding, Broadneck and Severna Park have to replace their stars and senior-dominated rosters from last year while Severn School has new leadership.

Severn hired a new coach who brings unbridled enthusiasm and optimism to the Evergreen Road campus. The school hired Demetrius Ballard, who previously was an assistant coach at Spalding, as well as highly involved with the Old Mill Youth Association. The Admirals had 44 students try out for varsity and had numerous lacrosse players return to the gridiron to bolster their squad.

“We’re further ahead than I thought we would be,” Ballard said. “The lacrosse players we added are tough and they are great competitors.”

Severn also added some size with the transfer of Alex Steffens from Old Mill (6-foot-4, 265 pounds) and Daniel Growney, a wide receiver from Montgomery Blair.

The offense will be led by Jacob Todd, who received a scholarship to play lacrosse at Princeton. The offensive line is young, without any seniors, but averages 240 pounds.

“The future is bright, and our big game is always against St. Mary’s,” Ballard said. “We’re changing the culture here and hopefully our recruits will see the change and enroll at our school.”

Spalding is replacing the 22 seniors who graduated, with 16 of those players going on to play college football. Some of their stars from last year will continue their football playing days at Maryland, Penn State and Virginia Tech.

Last year the Cavaliers went 10-0 in the regular season and were ranked in the top five schools in Maryland. They suffered a stunning upset loss to McDonogh in the first round of the MIAA conference playoffs.

“We had lots of talent graduate, and we need to get over that loss to McDonogh,” said head coach Kyle Schmitt. “You learn so much from losing, and we prepared our fall camp to win two playoff games in November.”

Spalding’s schedule is one of the hardest in the mid-Atlantic region with out-of-conference games against Don Bosco Prep in New Jersey, IC Charter in Philadelphia, and Broadneck as well as other outstanding teams in the MIAA conference.

“We’re super young and we’ll go through some growing pains this year,” Schmitt said. “We’ll develop these young players throughout the year and hopefully have momentum going into the playoffs.”

“We’ll definitely throw the ball more this year,” Schmitt said. “This team has talent, and they have amazing pride in their team and school. These players came here to play big-time football and they are grateful for the opportunity.”

To prepare the players for the gauntlet of games, Spalding faced DeMatha in a preseason scrimmage and played them to a 7-7 tie at halftime before losing 21-7.

“We fought like crazy and had a positive experience from the game,” Schmitt said.

Spalding played their first game of their season on August 26 against perennial powerhouse Don Bosco Prep in New Jersey. Don Bosco won 48-28 but Spalding showed signs of a strong offense and special teams.

“We’re much better offensively in the second half and our special teams were one of our bright spots as Tyler Brown returned a kickoff for a touchdown.”

Spalding rebounded with a 38-3 win over Broadneck on September 2.

For the Broadneck Bruins, their huge question is how to replace quarterback Josh Ehrlich, who was voted Anne Arundel County’s Player of the Year by the Baltimore Sun.

“Josh will be very hard to replace and was a great leader on that team,” said head coach Rob Harris.

Ehrlich accepted a scholarship to Marist College in New York, and according to Harris, he had a great fall camp.

The Bruins received a quarterback transfer from South River in Cam Chatteron and will have some gifted skill position players.

The Bruins have wide receiver and safety Eli Harris, who ran a 4.48 40-yard dash in tryouts. Also, slot receiver Machi Evans and sophomore running back Ian Mouldin, who is 6 feet and 205 pounds, have been impressive in practice. Broadneck also has an outstanding kicker/punter in Chris Coleman.

“Our goal is always to win the county and get to the playoffs,” Harris said. “I believe last year’s success will give us that confidence to meet those goals.”

Severna Park is coming off of their first winning season since 2011 and first playoff experience since 2008.

The Falcons lost numerous players from both sides of the ball including their outstanding kicker/punter Trey Smack, who received a scholarship to Florida.

The offense will be led by quarterback Seamus Patenaude, who is a three-year starter, and running back LJ Cooper. Defensively, the Falcons will rely on linebacker Danny Stack and defensive back Kevin Bredecki.

“We had a great turnout for camp as 135 students tried out for varsity and JV,” said head coach Mike Wright.

Wright has been impressed by the effort the players are exhibiting in practice and knows the season will give his young players experience for October and November.

“Our goals are to have another winning season and get to the playoffs,” Wright said.