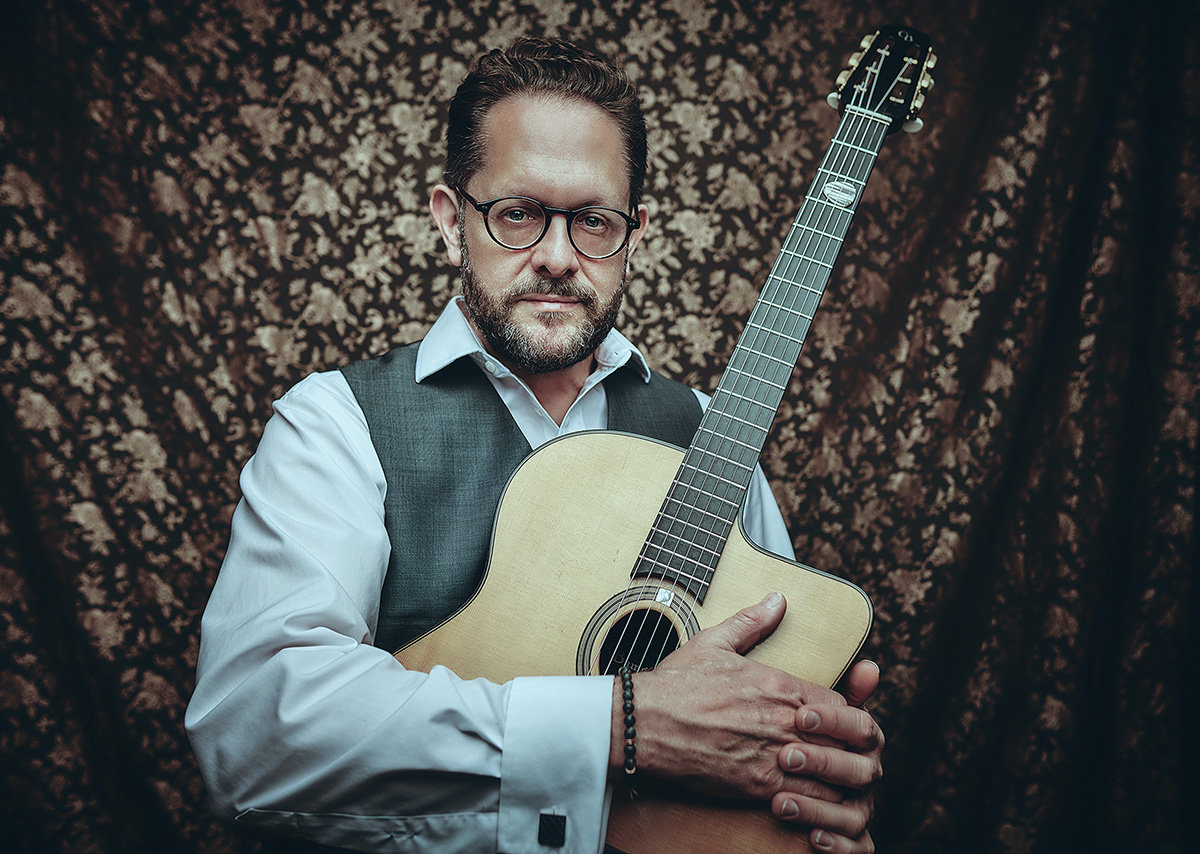 On Sunday, November 21, Jazz Beyond Borders will celebrate the two-year anniversary of “Jazz at the Mezz” concerts at Café Mezzanotte in Severna Park. In the past 24 months, the organization has featured internationally prominent world music and jazz artists in its monthly concert series. Shows were presented live at the restaurant and virtually in partnership with Baltimore’s An die Musik. In September, the organization also helped to organize a related jazz and arts festival for the first time.

The November 21 concert features one of the most in-demand and widely respected touring bands to come out of the region in many years. Led by guitarist Michael Joseph Harris, Hot Club of Baltimore brings the best in gypsy jazz and swing to audiences in North America and Europe.

Inspired by the legendary Django Reinhardt, Harris recently released two more in a growing list of traditional and contemporary gypsy jazz albums. His efforts have yielded rave reviews internationally and numerous invitations to perform in the U.S. and abroad.

One of the world’s most prolific composers of gypsy jazz, the Baltimore bandleader stretches the boundaries of the genre, encompassing elements of folk, world and jazz in his music. His sound appeals to listeners who enjoy fast picking, solid melodies, irresistible rhythms and exciting solos.

With Hot Club of Baltimore and the eclectic Ultrafaux ensemble, Harris has appeared in concert halls, clubs and festivals such as Festival Django Reinhardt in France, Preston Jazz and Improvisation Festival in England, Djangoary Soiree Festival in Virginia, Django by the Sea in Maine, Midwest Gypsy Swing Festival, and Charm City Django Jazz Festival (he is artistic director and founder of the latter event).

Featuring Harris on guitar, rhythm guitarist Kristoffer Belgica, bassist Blake Meister and violinist Aaron Malone, the “Jazz at the Mezz” program will explore the origins of gypsy jazz in Paris. Starting with the repertoire of Django Reinhardt and Stephane Grappeli, they’ll trace the influences of romantic classical and Hungarian folk music and share contributions by Corsican rooted musicians Tchan Tchou Vidal and Matelo Ferét. Listeners will discover how these various influences evolved into the endlessly entertaining and enduring genre known as gypsy jazz, in which an all-string configuration can be used to play just about any song.

Culture vultures will have a feast hearing familiar and lesser-known tunes in this colorful program. In addition to Django Reinhardt compositions and other historical pieces, they’ll be treated to contemporary originals by Harris and a special surprise - they’ll get to hear “Sir Duke.” The tune was written by Stevie Wonder in honor of Duke Ellington, one of many great musicians to collaborate with Django Reinhardt in his storied career.

Cafe Mezzanotte is located at 760 Ritchie Highway in Severna Park. There are two shows. The first seating is at 4:30pm for the 5:00pm show. The second seating is at 7:00pm. Purchase $25 tickets in advance from www.instantseats.com and select Cafe Mezzanotte as the venue.

Tables will be spaced for social distancing at 50% capacity for the health and comfort of guests. Parking is free and convenient. For more information, visit www.jazzbeyondborders.com.