“In The Heights” Is A Top-Shelf Musical 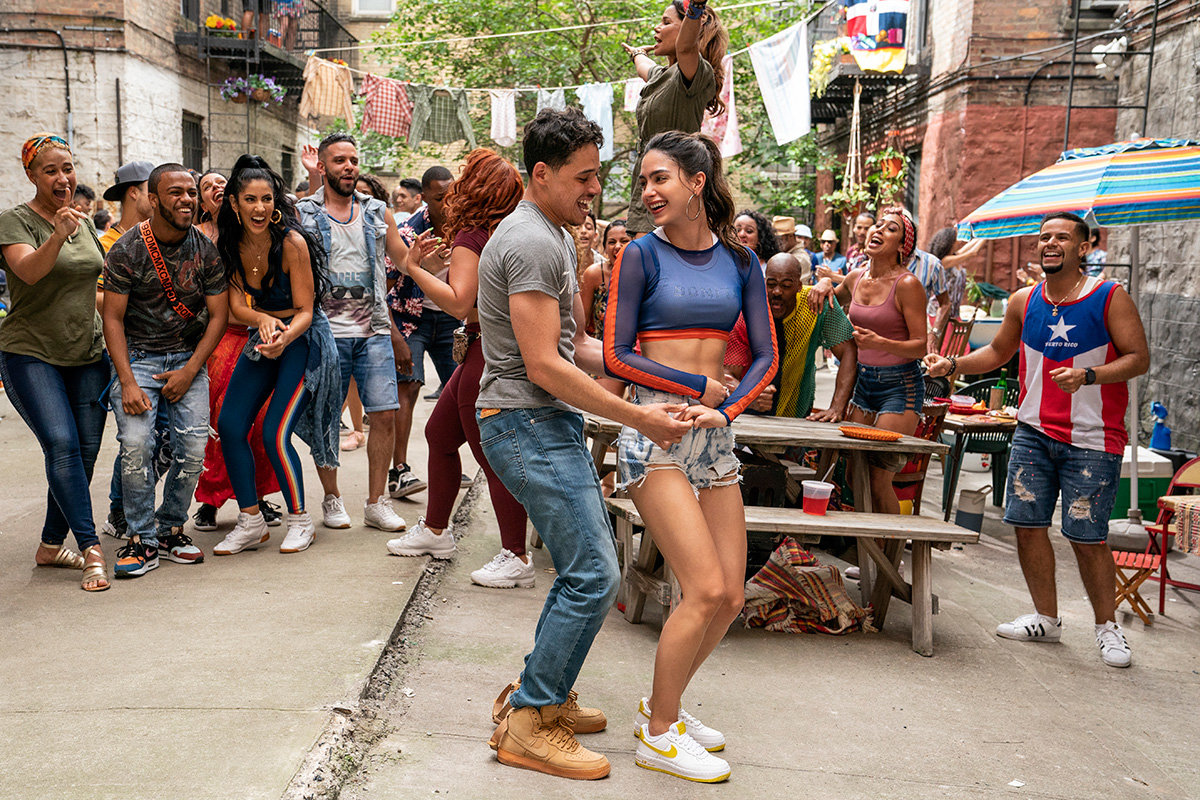 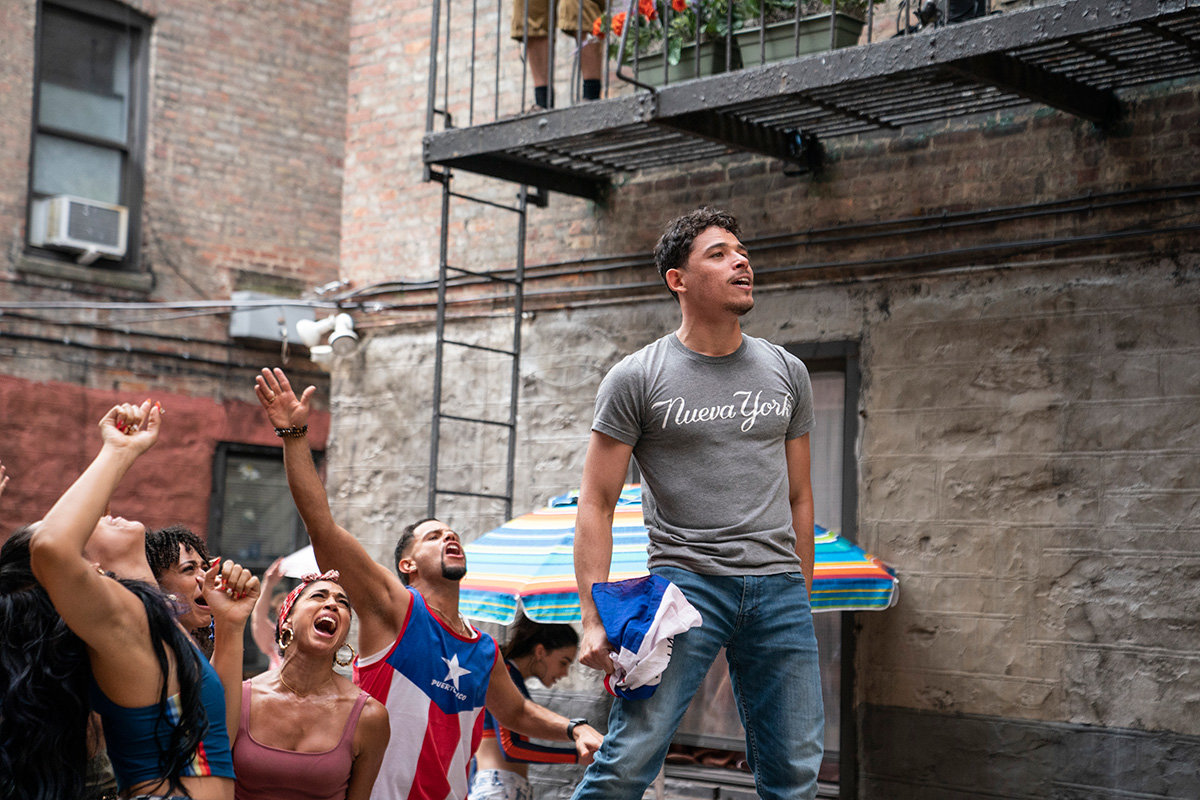 Set in the Washington Heights neighborhood in New York City, “In the Heights” features immigrant characters and a multitude of plots.
Photos courtesy of Macall Polay/ Warner Bros. Entertainment 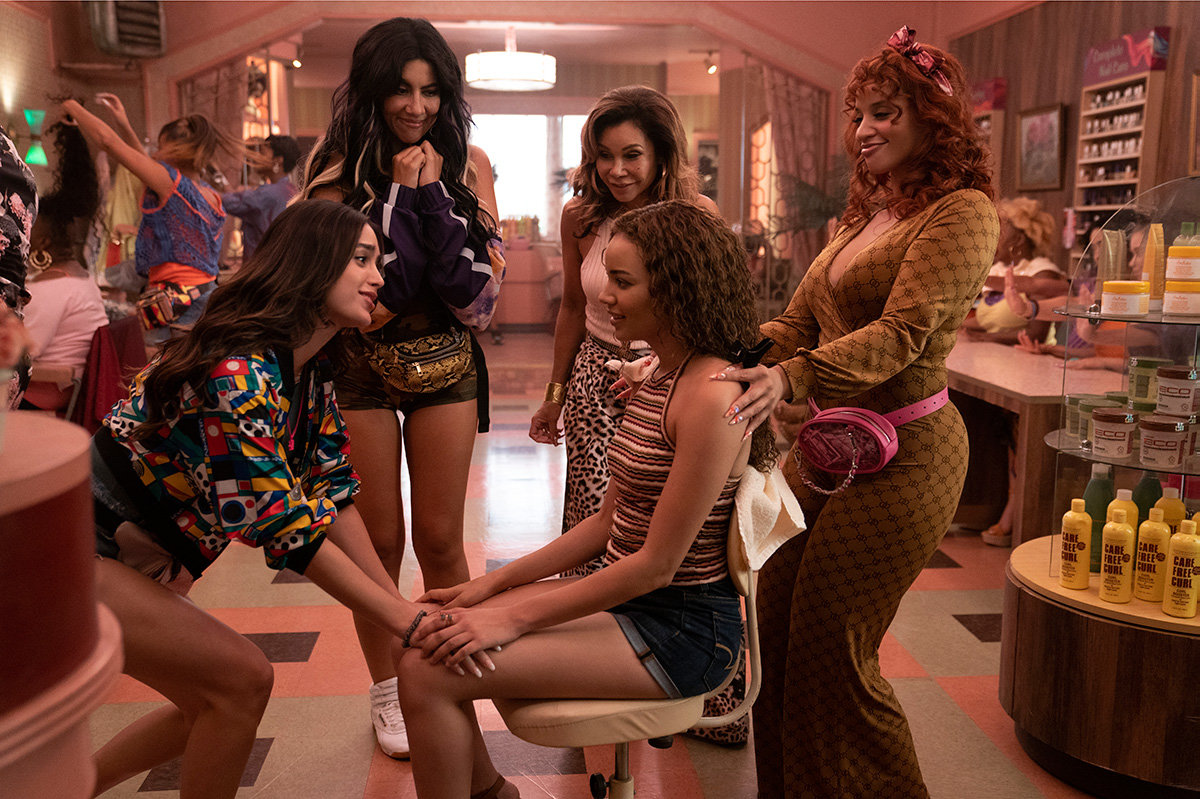 “In the Heights” is a Latinx fantasia and musical set in the predominantly Latin Washington Heights neighborhood of New York City. It is brought to us by Lin-Manuel Miranda of “Hamilton” fame and is adapted from the musical of the same name, which has been running since 2005.

If you’re an immigrant of any kind, or the child of immigrants, you will likely find “In the Heights” very relatable. There’s a familiar cast of immigrant characters: the one who wants to escape the neighborhood and “make it big,” the one who dreams of their parents’ homeland and wants to go back, the Generation Z one who shows up to all the racial justice protests, the grandma who’s basically “made it” and is unsure what to do now, and the one who is pressured to succeed for the entire community by going to college (and isn’t sure if that is the path they want to take).

There’s also a lot of familiar immigrant experiences: worrying about the increasing gentrification of the neighborhood, sharing your cultural food around a big table, spending time with the community matriarch/grandma figure who tells you stories from yesteryear, even dreaming about what you’d do if you won the lottery and could uplift yourself and your community.

Some criticized the movie for having too many storylines (a “Love Actually” situation) and not elevating any particular story, resulting in a diluted muddle - but I didn’t mind the multitude of plot lines. Immigrant life is a complex tapestry, a matrix of related but differing stories, and I appreciated that every character got enough screen time to speak their truth. That being said, it did drag a bit at a hefty two-and-a-half-hour runtime, and I felt a few of the songs could have been shortened or cut altogether.

Even if you are not an immigrant, I still recommend you watch this film. It does an incredible job of humanizing and telling immigrant and Latinx stories in a way everyone can appreciate. The undocumented are transformed from a political punching bag you hear about on the news all the time to real, living, breathing people with stories you can empathize with. Not to mention, it’s great summer fun. I’m not really a musical person, but the songs are infectious and they make you want to put on hot pants and go dance by the pool. I appreciated that much of the important dialogue was spoken rather than sung, and the music was an addition to the film rather than a crutch. Some of the metaphors are heavy handed, but it is a musical after all.

We have to address the elephant in the room, however. The film has been heavily criticized for being guilty of “colorism.” I confess I had to look up what colorism is, and I got defensive at first. In essence, the criticism is that most of the characters are light-skinned and only one main character is black. My gut reaction was to go, “Isn’t any representation of a minority community good representation?” But I had to check my own biases. We seem to be able to realize there is a huge diaspora of European people but don’t always do the same for people of color. If you ask a white person their heritage, few say “white.” They say German, Irish, English, Italian, Polish, etc. You hear “African American” “Latin American” and “Asian American” a lot, but I rarely hear the phrase “European American” thrown around. The Latinx community is diverse in and of itself, and the film didn’t do the best job of representing the community accurately.

Attempting to create a “universal” Latinx experience onscreen may have been more forgivable if the film wasn’t based on a real neighborhood where the majority of the residents are dark-skinned. A fictional neighborhood may have suited a fictionalized experience better. It doesn’t help that a storyline about a black man’s romance with a light-skinned Latin woman - and the tension this caused with her racist father - was removed when the film was adapted from stage to screen.

That being said, I feel the film is a step in the right direction. Not to mention, it’s moving, uplifting and an infectious summer hit, even if it runs a bit long.