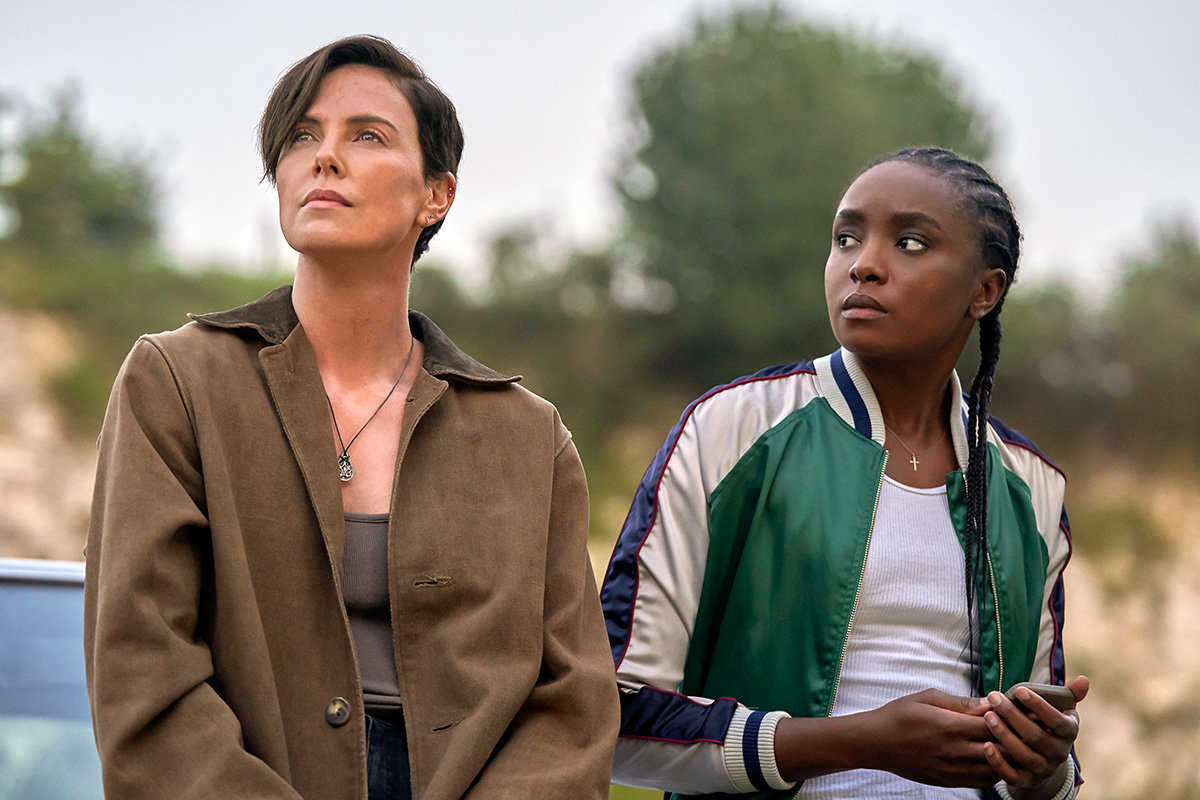 In “The Old Guard,” Charlize Theron plays Andy, an immortal woman who is thousands of years old and has fought in wars throughout history.
Photo courtesy of Netflix/Aimee Spinks
Posted Wednesday, August 12, 2020 12:03 pm
By Audrey Ruppert

“The Old Guard” has proven that a film can be a box office smash without even reaching the box office. Released directly to Netflix, the film was viewed 72 million times in its first four weeks - and for good reason. “The Old Guard” is everything a good action movie should be: it has slick and engaging fight scenes, characters you can get behind and root for, and a story that’s believable (a rarity in action films these days).

Charlize Theron plays “Andy” (her full name is Andromache), an immortal woman who is thousands of years old and has fought in wars throughout history. Whenever she dies, she heals and comes back to life. Over the centuries, she has met and assembled a group of others like her. When a pharmaceutical executive learns of their existence, he is determined to capture them and perform tests until he can discover what makes them immortal, so that he can create drugs that will prolong life. Meanwhile, Andy and her crew of three other immortals discovers a new immortal in Afghanistan - an American Marine who recently was “killed.” What follows makes for a great action film: twists and turns, camaraderie and betrayal, and fight scenes that include guns, knives, swords, fists and even a halberd.

I was surprised to learn this is considered a “superhero” movie, as it sets itself apart from the genre. There’s no over-the-top gadgets, secret organizations, silly acronyms, or cartoonish caricatures of good and evil. As I said before, “The Old Guard” is surprisingly believable. Andy behaves the way you’d expect someone that old to behave. She’s tired of being alive, and after seeing countless unspeakable horrors, she has become somewhat of a nihilist - she no longer believes in God or much of anything.

Her band of heroes does not fight for America or the CIA or any other traditional “good guy.” They’ve been around too long to believe that any one country or group has a monopoly on morality. They fight vaguely for what they believe is right over the centuries and don’t give it much more thought. There are surprisingly few plot holes - the characters don’t trounce through life with bodies in their wake without consequence, as many action heroes do. They know they will be hunted by police and law enforcement for their actions, so they try to cover for themselves.

The concept of immortality and constant rebirth is nothing new - the last iteration of this plot was Tom Cruise’s “Edge of Tomorrow” - but “The Old Guard” doesn’t feel recycled or contrived. We are given interesting characters I want to learn more about; a Black, female Marine who has built her identity around the Army and is made to question her place in the world; two men who fought each other in the crusades as Saracen and Christian, but became lovers; and, of course, Andy, whose backstory is only revealed in limited pieces. The film is clearly set up to be a franchise, and for the first time in a long time, I can say that I want to watch the sequel to a superhero movie because I want to learn more.

“The Old Guard” also deals with difficult ethical questions but doesn’t take itself too seriously. The greedy pharma exec wants to repackage immortal life for profit (again, believable), but those around him have purer intentions, and wish to see an end to human suffering, even if they have to perform questionable acts to reach their goals. We are made to think about what it means to be mortal and to know our time is coming, but we don’t have to think so hard that we miss the fun action scenes.

The action itself is fun to watch because Andy and her crew pick up favorite weapons over the years and use some of them even in the modern day, but only when it makes sense. I could never quite get behind Captain America using a shield to do his fighting in an age of firepower. Andy and her gang use machine guns when necessary, and only whip out the older weapons when they would actually be useful.

This film seems to have captured the balance between the silly fun of “The Avengers” and the darker tone of “Justice League,” with none of the plot holes, making it a superhero movie for the more cynical among us. As the coronavirus has not yet ended, I would highly recommend making some popcorn and watching the summer blockbuster of the year at home.