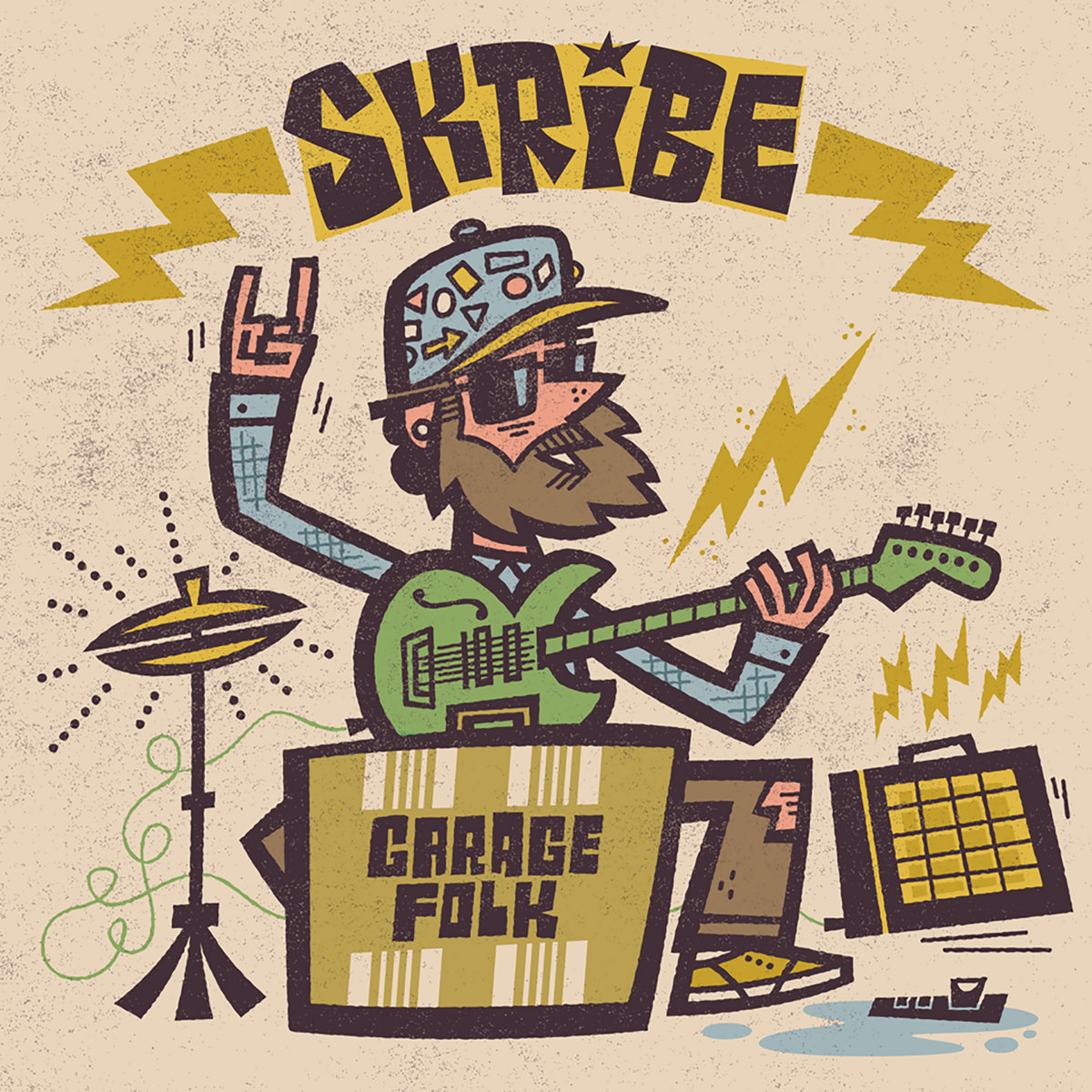 “I booked one 10-hour session and set up as if I were playing a show. The idea was to get raw live takes of the one-man garage set that I've been honing for years,” he explained.

So why cassette? “I've noticed that all of my favorite local record shops like KA-CHUNK!! in Annapolis have a tape section,” Skribe said. “You will see a bunch of classic user titles alongside new releases. I bought the new Phoebe Bridgers and Lord Huron record on tape, and I don't even have my tape player set up.”

Jeremy Ferguson at Battle Tapes has worked with Cage The Elephant, Joshua Hedley and Pujol, to name a few artists. To keep the Nashville energy going, Skribe had the EP mastered by John Baldwin, who has worked with Neil Young, The Rolling Stones, The White Stripes, Ricky Skaggs, Adrian Belew, Motley Crue and others.

Join Skribe for the cassette release party on Saturday, April 16, at Cult Classic Brewery in Stevensville, Maryland. The tapes each feature a foldout poster and lyric sheet, plus an exclusive track that won't be included on the streaming release.

“I designed the sleeve to be a foldout poster with a note to the supporters who buy the tape,” Skribe said. “And I also added a secret song that's not listed. I only made 300 tapes and I kind of think of it as an art piece. A collector’s item.

“I am lucky to say that Skribe has a large number of supporters who will buy the physical album to support the cause, even if they don't have a turntable or a tape player,” he added. “I try to make it a limited-edition collector’s item by adding secret tracks or putting in some extra effort on the artwork.”

The musician will offer limited edition Skribe Bluetooth Walkmans at his merchandise table for anyone who does not have a cassette player.

For more information about the cassette release party, visit www.simpletix.com/e/skribe-cassette-release-party-tickets-102019. Skribe’s music can also be found at www.skribe.bandcamp.com.