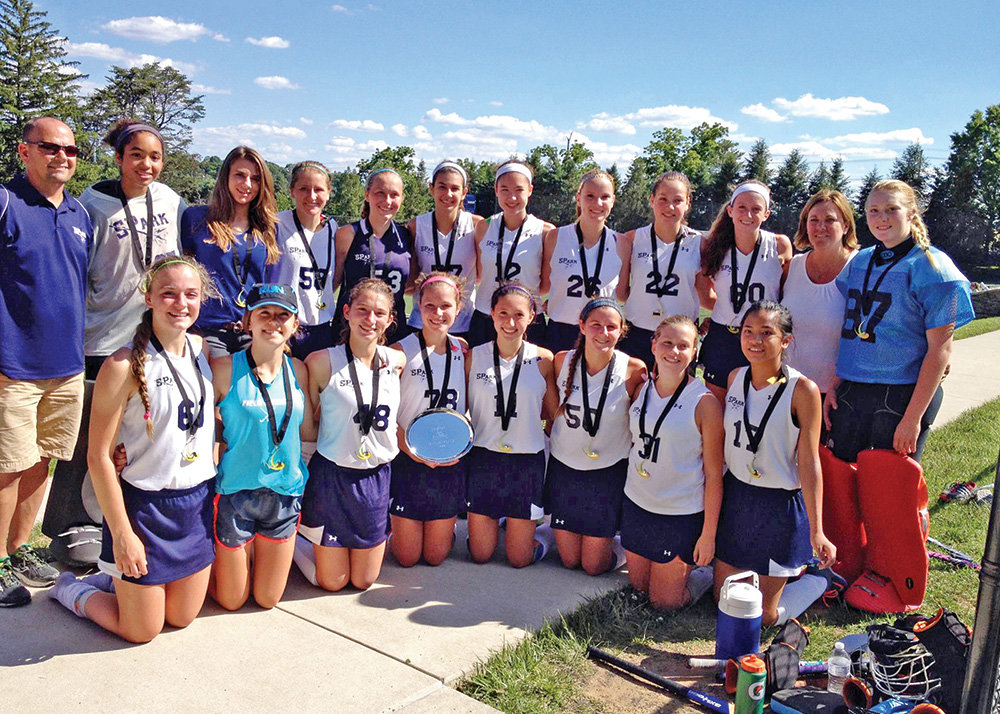 SPark has showcased the talent of many strong teams over the years including this U16 team that went 10-0-2 and tied for first place in the inaugural season of the Junior Premier Outdoor League in 2014. 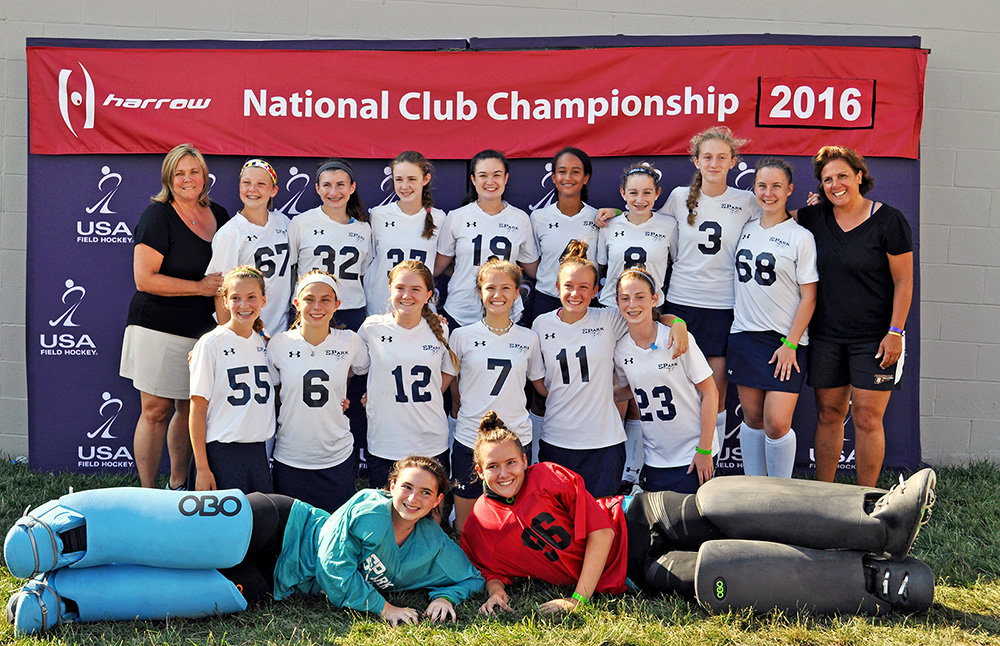 Betz Wild (right) was a coach for the 2016 SPark U14 team that placed 11th in the country at USA Field Hockey’s National Club Championship (NCC) at the Nook in Lancaster, Pennsylvania. 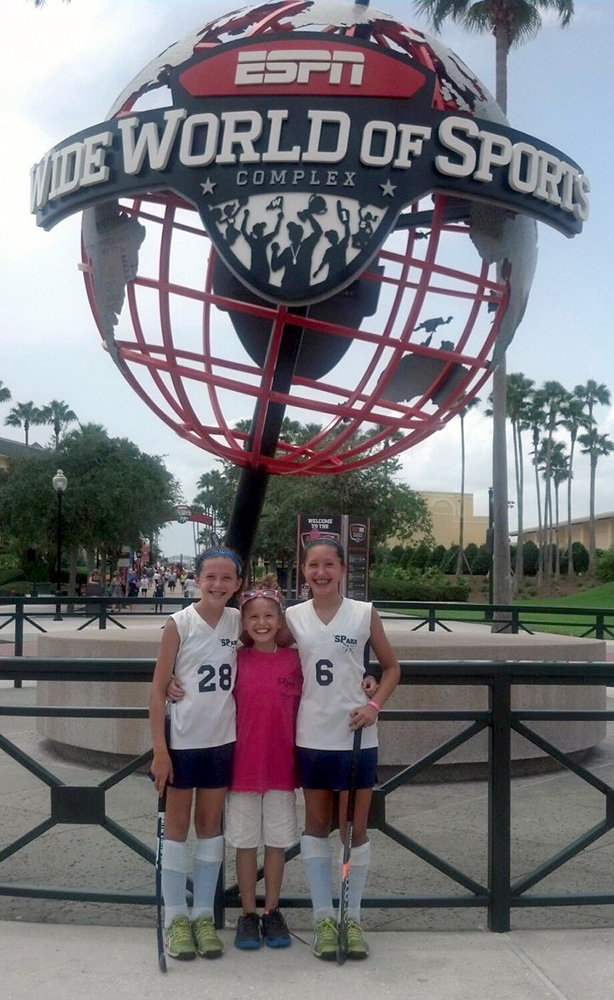 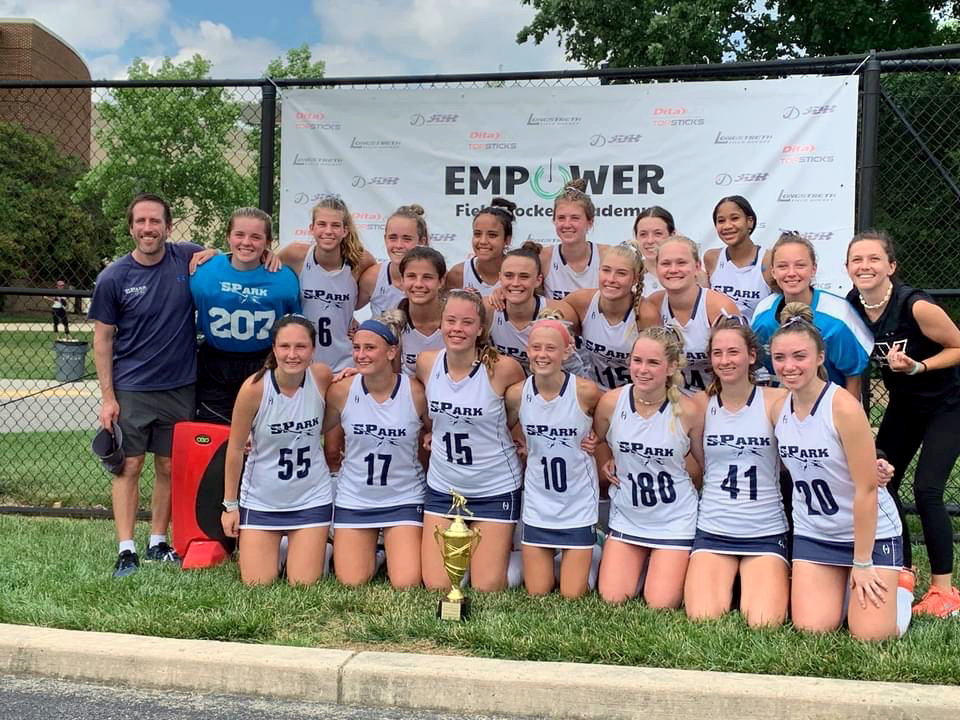 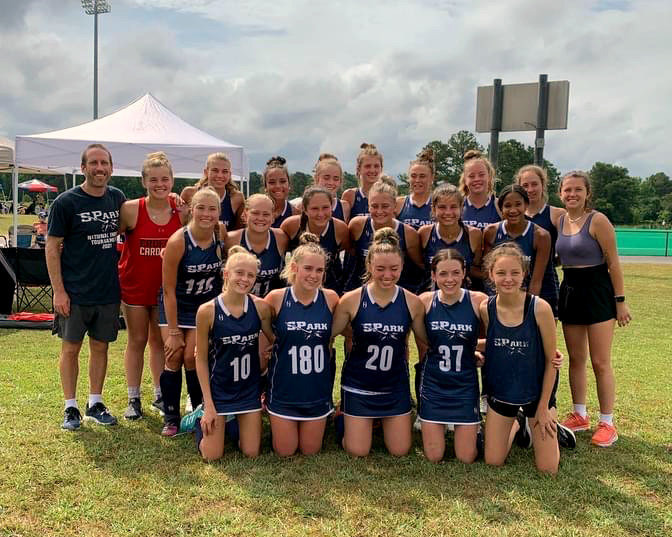 The SPark U16 team, coached by Jesse Larson (left) and Mikayla Borneman, competed at the national club championships at Virginia Beach this past spring.
Previous Next
Posted Monday, August 15, 2022 10:26 am
By Conor Doherty

Anne Arundel County has no shortage of stellar field hockey teams, led by successful programs at Severna Park, Broadneck, Severn School and Archbishop Spalding. But for a long time, there wasn’t a place within the area to play field hockey outside of the high school season.

That was the case until SPark began operating over 20 years ago. Started with support from Lillian “Lil” Shelton, the legendary former head coach at Severna Park, SPark wasn’t just meant to give girls the chance to play during its spring and indoor seasons. It was also meant to give them a much more valuable opportunity that was not available beforehand.

With the recent merger of SPark and Freedom HKY, former coaches and players expressed gratitude for the opportunities offered by SPark.

“I had never understood why the girls from Severna Park, having been part of such a fabulous team, never played in college or consistently played in college,” said Milt Horn, one of the first people Shelton recruited to coach and lead SPark. “They always seemed to not be able to get to that level, so I kind of did some snooping and a lot of them wanted to play at that level and that was really my main goal: to let the girls continue playing at a high level and use field hockey to get a better education. My secondary goal was to get a higher level of club play in the area, and now SPark is made up of girls from many different high schools around the area.”

Jesse Larson, another coach who joined SPark early on and later became the program’s president, said SPark challenged all athletes to perform to the best of their abilities.

“We had kids that could barely make their high school team and then we had kids that went Division I, so we had the whole spectrum,” Larson said. “For me, that was what was really great about SPark was that we tried to serve the entire field hockey community from the lowest level to the highest level.”

For many of its former players, SPark left an indelible mark with regards to the friends they made along the way but also with what many of them were able to do once they left SPark.

“SPark made me the person I am today,” said Mikayla Borneman, who played from 2008 to 2019 and then coached from 2019 to 2022. “I’ve learned so many life lessons through the sport and the family I gained. I met the most amazing girls who are still to this day my close friends. We’re all doing different things now, and we’re still just as close. I’ve also gained so many opportunities throughout my time playing for this club — traveling, coaching, umpiring — and I couldn’t have done it without SPark.”

Borneman is just one of many players who benefited from SPark, but the program also helped its coaches improve and advance in their careers. Many current local high school head coaches, like Broadneck’s Shannon Hanratty and Severna Park’s Shannon Garden, coached for SPark. Betz Wild, who just retired as varsity head coach at Severn School, said that SPark was a place to see something fascinating and wonderful happen every year.

“What I have always loved about club field hockey is the way high school rival teams, players and coaches finish their fall seasons, battling it out for county, region and state titles, then they hug it out and come together to form a powerful, united club that moves to the nation stages,” Wild said. “The players and coaches all know and respect each other, so together, we can continue to love the game and develop strong field hockey players.”

While SPark will be gone in name, its legacy will continue with Freedom HKY. And with the merger, SPark will bring a lot more than just its players and coaches but also its philosophy and style of play to Freedom.

“Freedom plays a more outdoor game inside,” said club director Sarah Dawson. “SPark has a more indoor-style game and I think we can learn a lot from them. The other thing is their athletes. I think the difference between SPark and Freedom is Freedom has a lot of very technical players where SPark really has those competitive athletes who I am really excited to work with, and I think together, we’re really, really going to be able to create something pretty amazing.”