The Chartridge Swim Club Is Back In Action 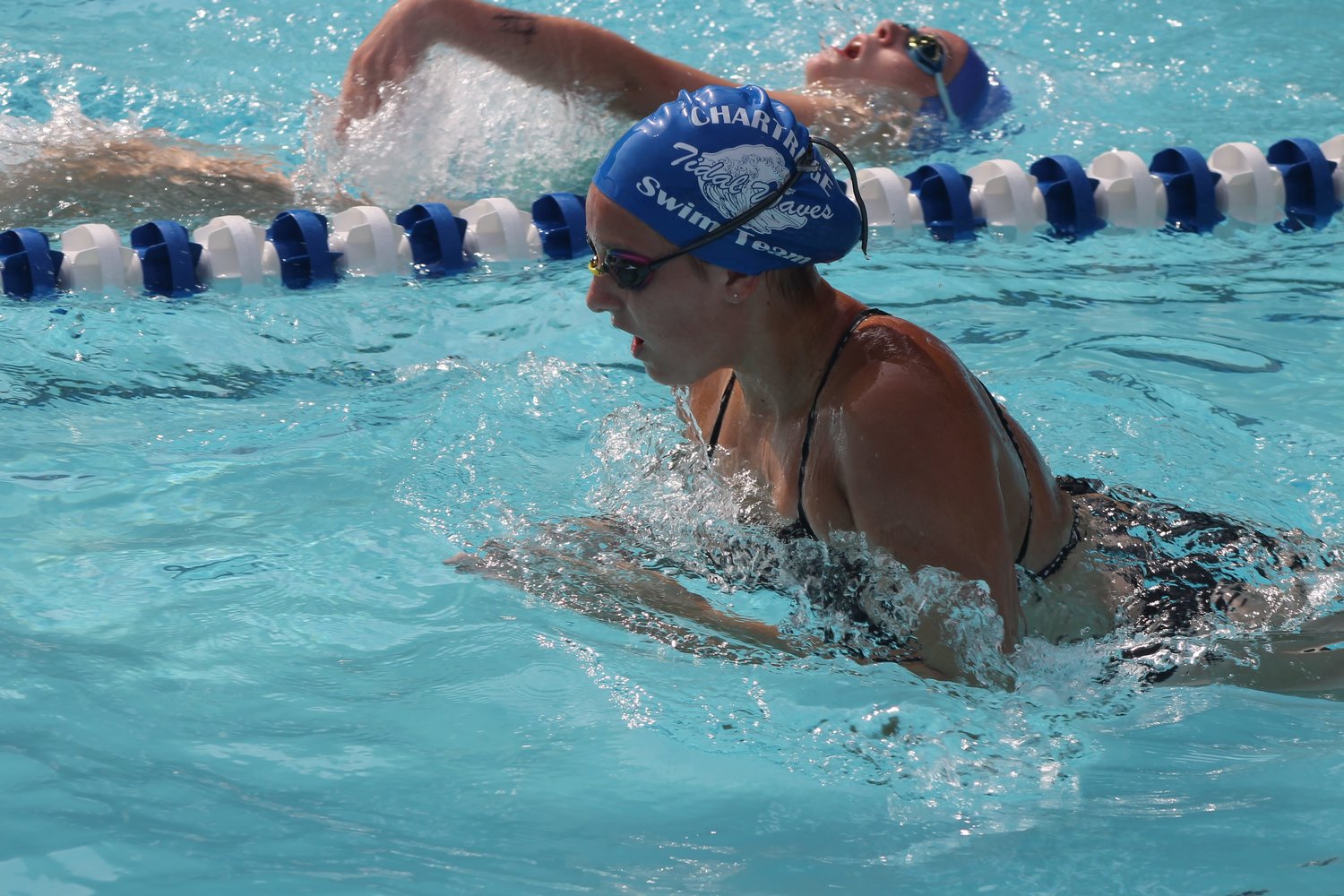 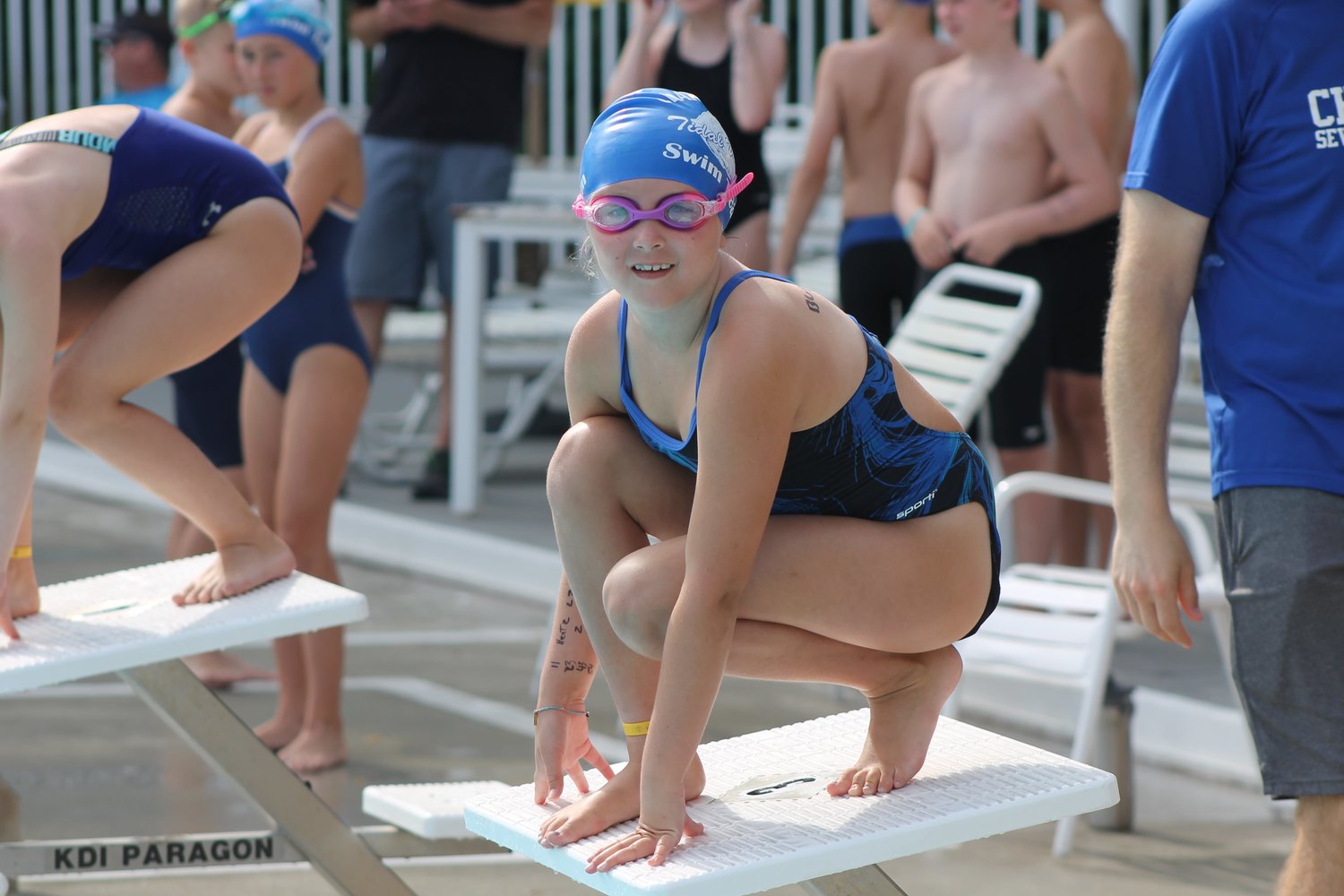 Brianna Burns, 7, prepared to dive off the block for one of her heats.
Photos by Conor Doherty 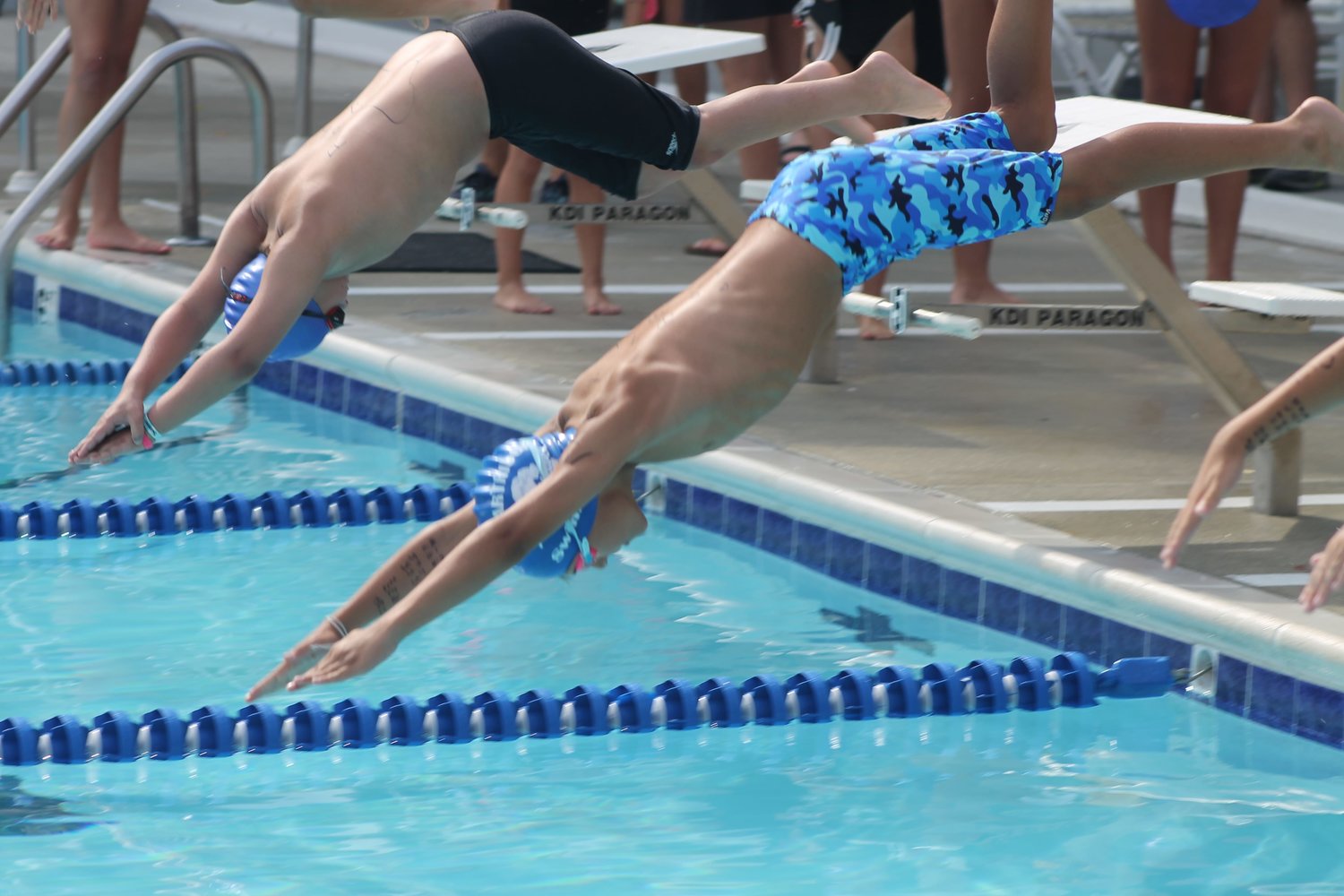 For the first time in nearly three years, Chartridge held an in-person swim meet when the Mays Chapel Swim Club from Timonium visited on July 2.

While Chartridge hadn’t faced off against other teams the past couple of summers, the team did hold time trials to give its swimmers some experience swimming competitively against others. But nothing really compares to going up against swimmers from another team.

For many people, these meets are a sign that things are getting back to normal after three years of uncertainty. One such person is Jean Nagle, who is in her first year as Chartridge’s head coach.

“We’re really happy and proud to have in-person meets,” Nagle said. “And I think the kids are going to see just how cool it is to have somebody else swim in their pool and maybe their competitive edge will come out a little bit in them as well. It’s the first concession stand in a while too, so the kids are really excited about that.”

Nagle said that with having so many younger kids on the team that had never competed against another team, it was important to manage their expectations before the competition began.

“I think all of that starts at practice,” Nagle said. “How we train is how we perform, so even at practice, they practice cheering each other on. I see it especially in the middle kids, the 9- and 10-year-olds. They are competitive and they want to win. And I’m like, ‘You just have to tell them good race afterward.’ It’s OK to want to win, that’s actually a good thing. That means you’ll practice harder, that means you’ll try your best, but it starts by giving them the language and teaching them that it’s really OK to feel that way but realize that others are great as well and just try to be as courteous as possible.”

Chartridge opened their season on the road, a meet they won, and they later beat Mays Chapel 187-151.