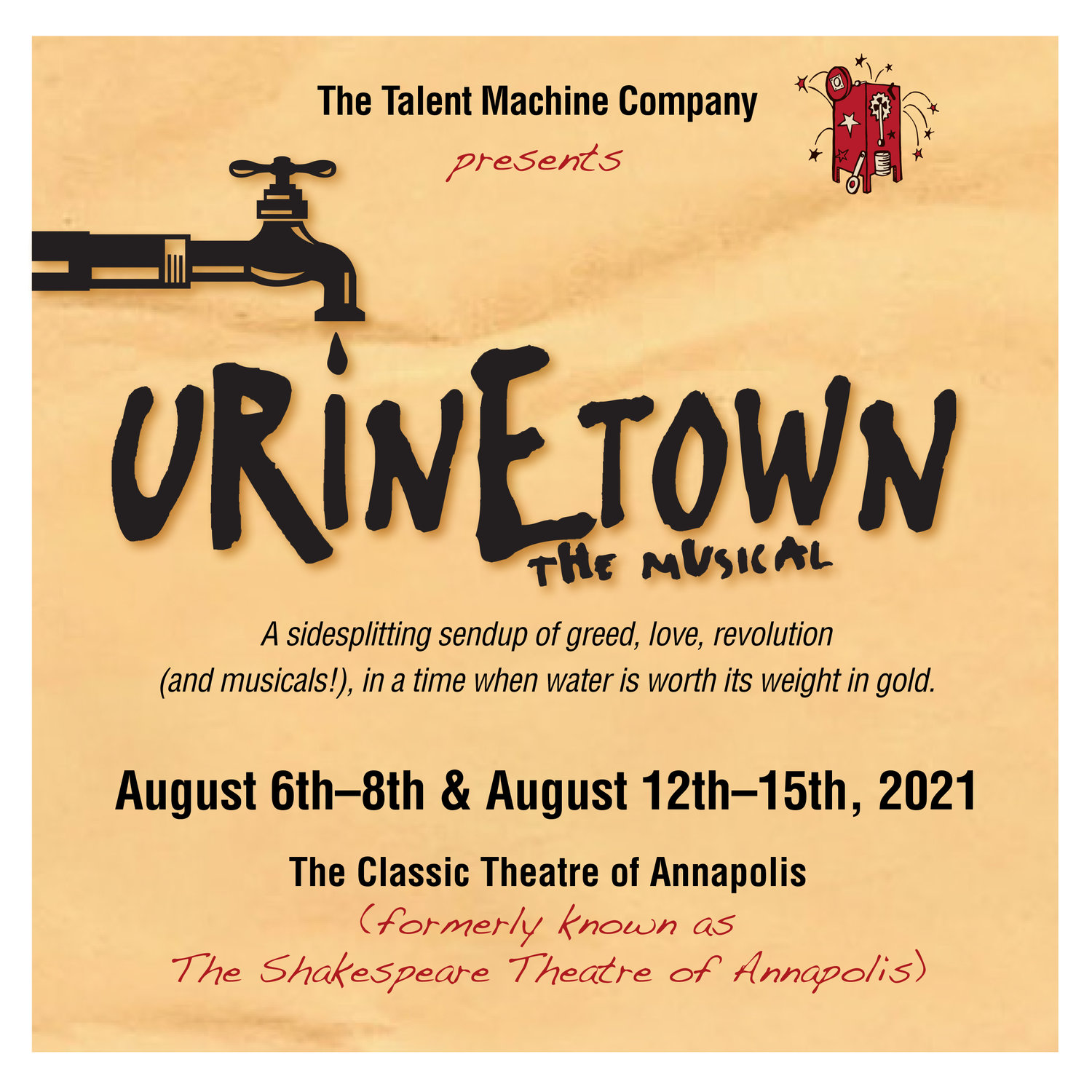 A satirical comedy musical, “Urinetown” is the Talent Machine Company’s next youth production, coming to the stage this August.

The show features a sidesplitting send-up of greed, corruption, love, revolution (and musicals), in a time when water is worth its weight in gold. “Urinetown” catapults the "comedic romp" into the new millennium with its outrageous perspective, wickedly modern wit and sustained ability to produce gales of unbridled laughter.

“Urinetown” is the winner of three Tony Awards, three Outer Critics Circle Awards, two Lucille Lortel Awards and two Obie Awards. Music is by Mark Hollmann, with lyrics by Mark Hollman and Greg Kotis, and the book by Kotis.

The production will be performed by a cast of 17 talented teens from all over the region, ages 14 to 18. The show will run August 6 through August 15 and will be held at The Classic Theatre of Maryland (formerly known as The Shakespeare Theatre of Annapolis). Evening and matinee show times are available. Tickets are $20 and are available for purchase online at www.talentmachine.com or at the door.