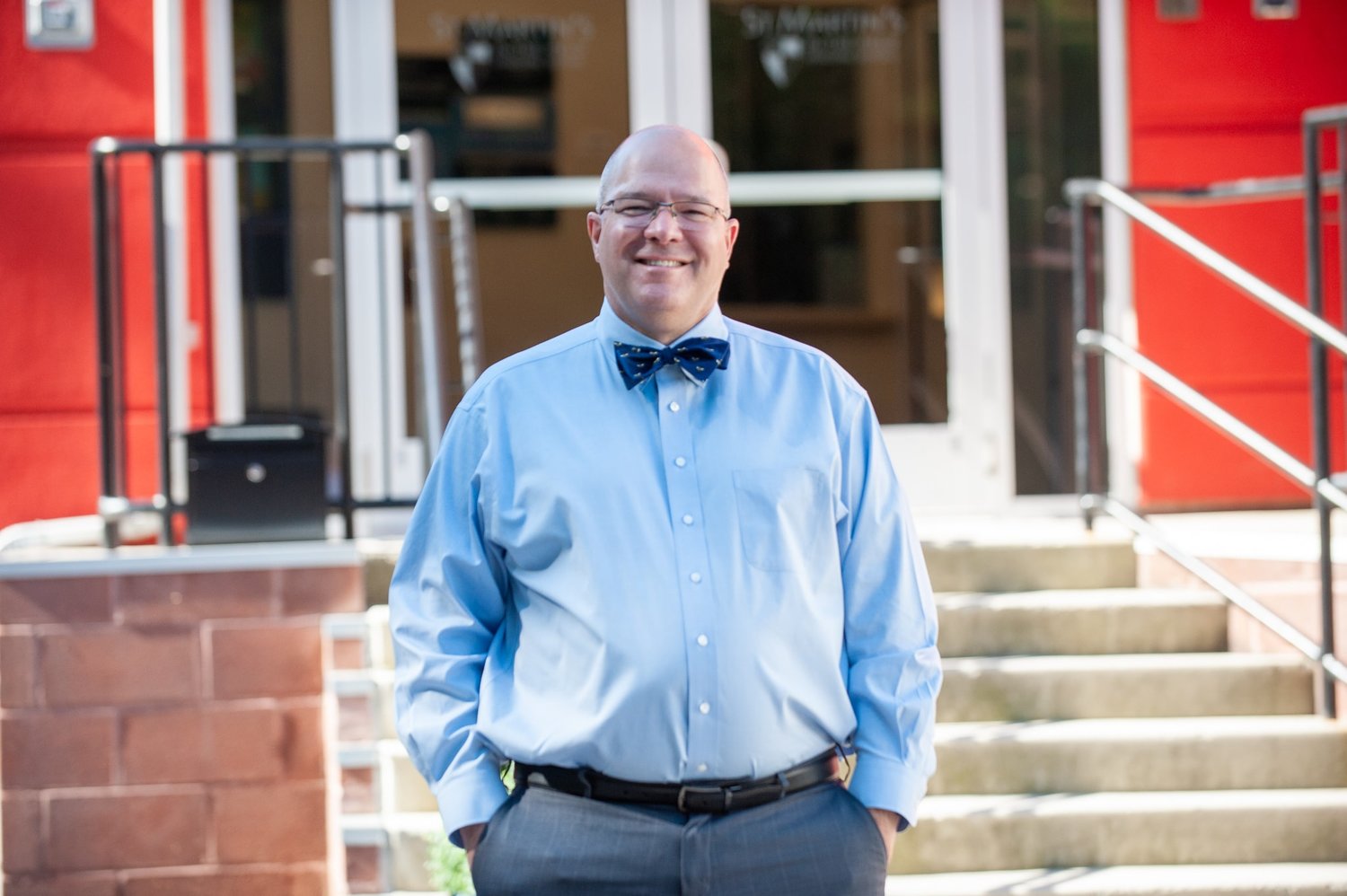 St. Martin’s-in-the-Field Episcopal School has a new head of school this year. For Tony Shaffer, the school’s name and values are familiar.

Coming from St. Martin’s Episcopal School in Atlanta, where he spent six years, Shaffer is excited to oversee the well-being of 280 students after coming from a school that had about 700 kids.

“I want to greet the kids by name and know who’s playing soccer and who was playing basketball but is now playing soccer,” Shaffer said. “It’s hard to do that when you have 2,000 kids.”

Shaffer has always worked in independent schools, from his 13 years as director of technology at Augusta Preparatory School in Georgia to his time as middle school director at Westminster School in Oklahoma City.

“There is a model for respectful discourse, for inquiry, for compassion, that is embedded in the episcopal church,” he said. “Episcopal schools, and lots of schools, have something to teach.

“There are wonderful nonsectarian schools too,” he said. “I want everyone to have a great school that matches what they need.”

Many families found what they needed after transitioning their kids to private schools during the COVID pandemic.

“I will never lose the heightened sense of gratitude from not having kids for four months,” Shaffer said. “I was already grateful, but it made me even more grateful.”

Shaffer is grateful for his new position, which differs from the role of a principal at a public school. With the public-school model, a superintendent handles human resources and budgetary duties. With St. Martin’s being an independent school, Shaffer will be responsible for those areas or for supervising people who do those tasks at St. Martin’s.

“I want teachers to feel supported so they can focus on kids instead of paperwork and budgets,” Shaffer said.

But he also wants to support activities the kids are doing. So far this year, St. Martin’s has had a few field trips. Third- and fourth-graders visited First Fruit Farms in Freeland, Maryland, and bagged potatoes to feed people throughout Maryland. Students also repopulated an oyster bed damaged by pollution.

Shaffer wants St. Martin’s to encourage kids to be creative while still learning the vital components of English, math and other subjects.

“There’s a beautiful balance between innovation and tradition … but the students still learn handwriting and the multiplication tables,” he said.

Shaffer was awarded Fulbright and Peabody Fellowships in 1994 and 2015, respectively, and has had several opportunities to travel abroad. Eventually, Shaffer wants to organize an annual student trip to Panama. He was a Rotary International Exchange student in 1985 and visited Chile. He’s also been to Spain, France and Panama, among other countries.

“Staying with a family for a few weeks, it breaks down so many preconceptions kids have,” Shaffer said.

Those possible trips are just one thing to look forward to, Shaffer said.

“I’ve lived through seven head-of-school transitions in my career, but they are always super interesting ideas that come out of that,” he said.

Whatever ideas are suggested, the staff plans to focus on what’s best for students and teachers.

“Learning always comes from connection, and I want the students to each grow, not only as a learner but as a person as a whole,” Shaffer said.