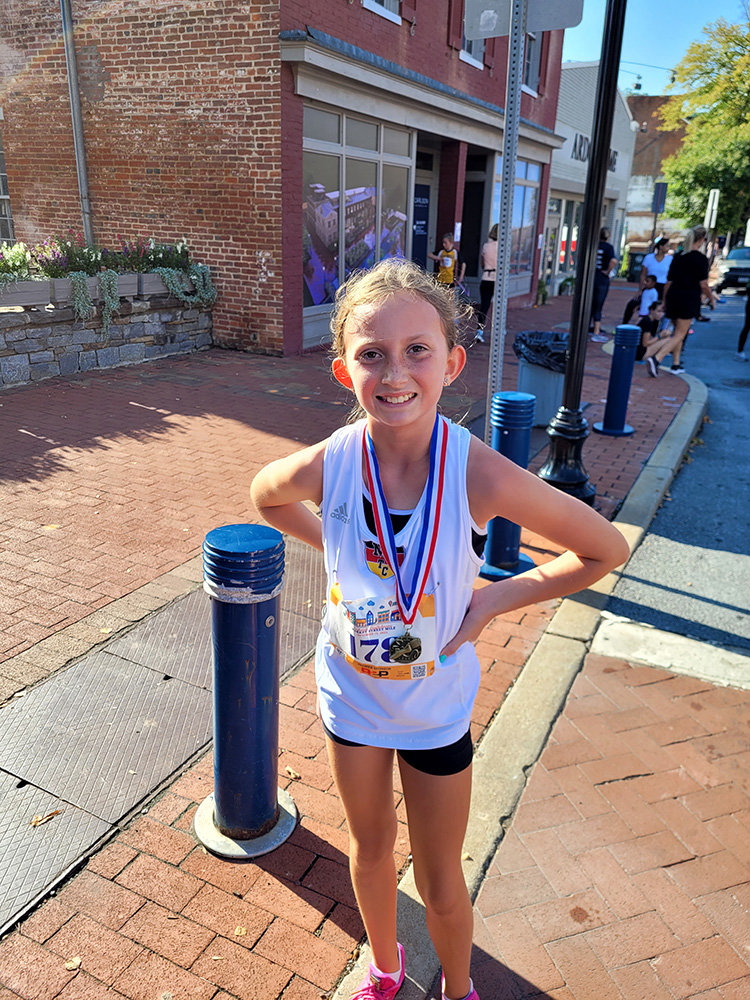 Eleven-year-old Mia Funk finished second in the youth division of the 40th running of the Market Street Mile in Frederick, Maryland, on September 10. Her time of 7:07 was a new personal record.

After the race, Mia talked about her dedication to running.

After a difficult 2019 debut in the Market Street Mile, what were your goals heading into this year’s race?

I wanted to redeem myself this year. I was pretty sick and not up to the challenge three years ago. And I finished pretty far back.

Were you happy with your time and second overall finish for the youth girls?

I was very happy with my time, because it was a big personal best by 25 seconds, but I wanted to break seven minutes. I wanted to put myself up front early and hang on, and it paid off.

Your racing season began in May with mostly 800-meter dash races on the track. This was the first time racing the mile all summer. Were you happy with your season as a whole?

I competed at higher levels than I was used to, at bigger meets with faster, older girls and I struggled mentally most of the summer. I had a goal to break three minutes in the 800-meter dash, and I finally broke through at a meet in July, winning the race in 2:57.44. It gave me a lot of confidence and the desire to do better and keep working at it. So, I was excited to test my abilities in the mile and see how fast I could go.